Can Animals Become Addicted to Drugs? 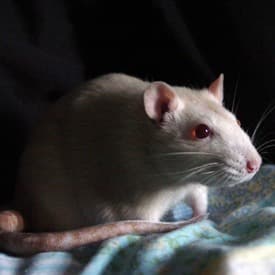 It might seem difficult to imagine, but animals can become addicted to drugs just as readily as humans can. In fact, a great deal of what we know today about addiction and alcoholism was derived from observing animals purposefully consuming drugs. However, animals don’t just experience addictions in the laboratory – there are many well-known cases of animals consuming various substances to alter their mental state or obtain a euphoric high in the wild; without any type of human interference. This has very specific implications, not the least of which is the fact that this phenomenon easily rebukes the idea that addiction is simply a matter of a weak will or poor moral character.

Drug Use & Addiction in Animals – the Laboratory Setting

Animals are trained regularly using the principles of addiction. By stimulating the reward and pleasure center in an animal’s brain – such as by offering treats, praise, affection or a special activity, the animal will develop a desire to perform the function it is being trained to do again and again. This is because once stimulated, the reward center in the brain makes associations about what is happening at the time the pleasurable feeling occurs. Once these associations are made, a neurological pathway will develop that causes the animal to perform those actions and gain the reward repeatedly. This is especially true when the reward is drugs. In a report for the ACNP, George F. Koob writes;

“It is amply clear that animals and humans will readily self-administer drugs in the nondependent state and that drugs have powerful reinforcing properties in that animals will perform many different tasks to obtain drugs. The drugs that have positive reinforcing effects correspond well with the drugs that have high abuse potential in humans.” (1)

Drugs that have high abuse potential in humans includes street drugs like cocaine, heroin and methamphetamine, as well as opiate prescription drugs like Vicodin, Percocet and Oxycodone. Animals are often used to test drugs like these before gaining FDA approval. This also includes other pain medications, weight loss drugs, over the counter medications like sleep aids and cough suppressants, and much more. (2) Addiction to these substances occurs easily in animals, as it does in humans with continued use.

However, substance abuse in animals doesn’t just occur in the lab – it happens in the wild too. Whether true clinical addictions are formed is doubtful, but it is widely accepted that many types of birds, rodents and other mammals seek out altered states of consciousness. This is achieved by consuming fermented foods or liquids, eating insects or other creatures that secrete or produce a mind-altering substance, or by ingesting other items that generate a “high.” (3)

What is clear about drug addiction is that the results are the same in humans as they are in animals. Prolonged drug use invariably leads to serious health complications, behavioral and lifestyle issues and even death. Neither an animal nor a person would ever choose to become addicted, but only a human can recognize and choose to get help for a problem.

If drugs are taking control of your life, you need to take action right now. Call the number at the top of your screen and talk to us confidentially about our inpatient treatment program – widely considered one of the best in the country. We’re here 24 hours per day and can help you no matter where you are or what time it is. Call us now.