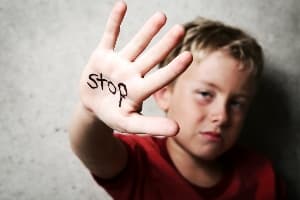 If you or someone you love is addicted to drugs, you’ve probably been hearing lots of reasons that drug abuse should stop immediately. However, the very nature of addiction means that this message is often ignored. This is especially true for some addicts when the message is delivered from a position of empathy, or worse – sympathy. Some addicts need to hear things straight-up in order to have that fated epiphany that results in the first step toward quitting. This article is precisely that: a no-holds-barred description of the 7 inevitable results of drug addiction:

If you have a wife, a husband, girlfriend or boyfriend that you truly love, if you don’t stop using drugs now, they won’t be around for long. This is true even if this significant other is also an addict, considering that the results of drug dependence invariably lead to the other 6 consequences listed below; all difficult ways to be torn apart from someone you care about.

Unfortunately, by the time many addicts decide to get clean, the person they love is long gone with no chance to repair the relationship. Often this causes recently clean addicts to relapse out of sorrow or shame, starting the entire cycle of addiction all over again and making it rather unlikely to find another love under such circumstances.

Addiction isn’t cheap. Even if your drug of choice is marijuana, a month’s supply can cost in excess of $500. Getting caught with the drug is generally even more expensive. Other drugs like cocaine, heroin, meth and ecstasy are far more expensive and can result in addictions that cost thousands of dollars per month.

Many addicts first lose their source of income as a result of their habit, then they exhaust their savings (if any), then they sell their belongings, and then they ultimately might sell their soul by turning to prostitution, theft or street begging for enough money for their next fix. From multi-millionaires to the poor blue collar worker, addiction can expend nearly any amount of money; and surprisingly quickly. Stories abound of coked-out Wall Street traders that went from having millions in their accounts to stealing from their own parents in a matter of a couple years.

Even the most illustrious career can be destroyed by drug addiction or alcoholism. Most employers in the United States have staunch anti-drug policies that include random drug testing and harsh consequences – usually a fast termination – for offenders. This is true even if the drug use happened off property, after working hours. Many employers scan daily police logs in order to ensure the integrity of their employees and therefore the company’s reputation overall.

If you lose your job as a result of drug abuse, you can expect that it may be difficult to obtain a new job afterward.

Studying to be a nurse or doctor? Going for a degree in criminal justice? If you get caught using, possessing or selling drugs you could lose everything you’ve worked for academically and professionally. Medical licensing could be forfeited and educational institutions often expel convicted drug users.

But even more important than this is the fact that addicts are usually not able to continue their studies successfully. In the early stages of drug use papers and reports might be turned in late, but by the time active addiction is rampant, many addicts just stop showing up. Sometimes, this comes when graduation is at hand, and many addicts have thrown that chance away in favor of getting high.

Drug abuse and addiction is associated with higher instances of disease, injury and violence. For instance, many users of heroin and meth ultimately contract Hepatitis C or HIV, while users of steroids suffer similar fates or worse. Each new hit, each new injection of a drug is a catastrophe waiting to happen; from overdose that causes brain damage and coma to seizures and the onset of psychological conditions, drug use can cause severe physical, mental and emotional complications – sometimes permanently.

And because the manufacture, transport, sale and use of drugs has a serious criminal element associated with it, many people are shot, stabbed, beaten, raped and left for dead as a result of crimes related to drugs.

Prison isn’t a deterrent for many drug abusers because they assume they’ll never get caught. However, the vast numbers of convicted drug offenders in American prisons are clear evidence to the contrary. Depending on where the drug crime is committed, penalties can be harsh; from 10 years for a little bit of cocaine to life in prison for a repeat offender, the consequences are severe.

And because of the dangerous environment of most penal systems, addicts often find that things are far worse in prison, but that drugs are still just as available as on the street. Therefore many addicts serve their sentences without ever getting clean, and subsequently return to the streets still addicted. They seek out drugs, are arrested and brought back to prison.

If you’re abusing drugs, it’s likely that this could happen to you.

Nearly every addict thinks “it will never happen to me,” but the fact of the matter is that many die as a result of their addiction. From drug-related violence to overdose to suicide borne of depression and desperation, death is always on the horizon for most drug addicts. This is especially true of opiate addicts, meth addicts and users who inject drugs.

These are the 7 inevitable results of drug abuse and addiction. With continued, unabated use, it’s virtually guaranteed that some or all of these things will happen to many addicts. If you’re struggling with addiction and you don’t want to become another statistic or just another cold body in a morgue, then the time to take action is now.