Can I Use Ativan while Pregnant? 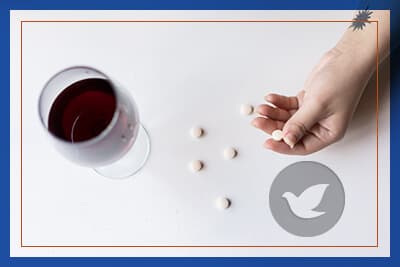 Ativan is the brand name for lorazepam, a benzodiazepine medication prescribed to treat anxiety disorders. Typically, this medication, like many other benzodiazepines, is prescribed for no more than two weeks to stabilize brain chemistry and reduce intense anxiety or panic attacks. Ativan may also be used off-label for some people who have been diagnosed with epilepsy.

People who take Ativan, whether for the prescribed two weeks or longer can experience side effects, including:

The longer a person takes Ativan, the more likely they are to begin experiencing some of these side effects. Additionally, side effects can get worse over time.

The listed side effects can impact anyone taking Ativan, but what about women with anxiety who become pregnant? What are the considerations for women with diagnosed anxiety, panic disorders, bipolar disorder, or epilepsy who may have used benzodiazepines in the past, and are or wish to become pregnant?

Women with diagnosed mental health issues, who have benefitted from therapy using benzodiazepines in the past, may be concerned about exposing their unborn children to psychiatric medications. This is an important discussion that should occur between the woman and her medical provider or therapist, because these medical professionals have important information regarding prescription medications.

Harvard Health Publications notes that both prenatal drug exposure and untreated psychiatric disorders can present risks during pregnancy. A half-million pregnant women in the United States every year suffer a mental health issue, such as depression, bipolar disorder, or anxiety disorder. Prior to pregnancy, these women may have used prescription medications to effectively treat their conditions and lead normal, happy lives. After becoming pregnant or when considering pregnancy, these women must weight their long-term mental health with the health of their child. Some prescription medications, including psychiatric medicines like lorazepam, increase the risk of birth defects and infant withdrawal syndromes. 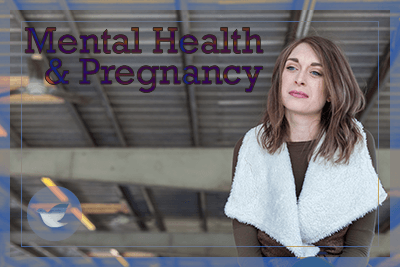 Medications like Ativan have, in some studies, been found to increase the risk of some birth defects when taken in the first trimester of pregnancy. Ativan and other benzodiazepines have also been correlated with addiction and withdrawal in newborns, either after birth or during breastfeeding. Women are strongly cautioned about taking Ativan during pregnancy, and the Food and Drug Administration does not recommend that women use Ativan during pregnancy at all.

However, women who do not receive treatment for their mental health concerns during pregnancy can experience many difficult situations. Of course, these include potentially increased symptoms, such as anxiety, mood swings, panic attacks, and more. Women with untreated anxiety disorders are also more likely to suffer miscarriage or deliver prematurely. Untreated bipolar disorder can lead to low birth weight, increased crying, and a higher risk of postpartum depression.

The FDA states that Ativan is a class D drug, meaning that it should not be taken during pregnancy, unless the risks to the mother’s mental health condition make the medication necessary for both baby’s and mother’s survival.

Taking Ativan as prescribed during pregnancy can, according to some studies, increase the risk of several problems in the baby. When Ativan or other benzodiazepines are taken late in pregnancy, the newborn can develop infantile hypotonia, or “floppy infant syndrome.” This syndrome is characterized by lethargy, difficulty feeding, and reduced breathing in the infant. It is essentially a withdrawal syndrome after the baby becomes addicted to Ativan in the womb. Other symptoms of withdrawal syndrome in newborns include vomiting, diarrhea, restlessness, and changes in breathing. Less commonly, infants can develop early childhood seizure disorders if the mother takes Ativan during pregnancy.

Studies dating back to the 1970s regarding benzodiazepine use during pregnancy suggest that first trimester use of these medications can lead to facial clefts, heart malformations, and some multiple malformations. While the risk of these defects was found to be very low, the potential is still there, and medications like Ativan now carry warnings about these potential side effects. First trimester use of Ativan or other benzodiazepines has not been correlated with infant withdrawal syndromes or hypotonia after birth.

These studies examined women who took Ativan or other benzodiazepines as prescribed, but all benzodiazepine medications carry some potential for addiction and abuse. As a potent central nervous system (CNS) depressant with effects similar to alcohol, these drugs can be very addictive for some individuals. Women are warned about fetal alcohol syndrome if they drink while pregnant, and benzodiazepines taken in large doses or over a long period of time can also increase the risk of malformations in the fetus or newborn. Some studies have shown a potential risk of neurobehavioral problems in children whose mothers took benzodiazepine medications throughout pregnancy, as these drugs impaired the development of neuron connections and the brain during fetal development.

Women who struggle with Ativan addiction even after giving birth may also compound developmental issues in their children, since the medication can be passed to the child through breastfeeding. At prescription doses, the level of lorazepam found in breast milk is low, so the drug carries little risk during this time; however, at larger doses, particularly for nonmedical reasons, the infant is at a greater risk of ingesting Ativan and suffering withdrawal symptoms or developmental problems.

Although Ativan is not recommended during pregnancy, even at prescription doses, there are reasons for a woman to take the medication. Some of these include:

Women who have diagnosed mental health problems who have used benzodiazepines like Ativan successfully in the past can do so again without terrible risk to their unborn children. However, it is not recommended to take these medications without a doctor’s oversight and consultation. Ativan and other benzodiazepines are powerful medications, and they should not be used for more than two weeks. Taking these longer term can lead to an increased risk of addiction, tolerance, and physical dependence in anyone.

For women who struggle with Ativan addiction and become pregnant, there are detox and rehabilitation programs available to overcome this problem. Rehabilitation programs, either inpatient or outpatient, can help a woman detox safely from Ativan, offer research-based medical and addiction treatment therapies, and offer social support.

ativanbenzodiazepineschildrenpregnantprescriptionwomen
Prefer getting help via text?
We're available 24/7 via text message. Signup below for access to our team when its convenient for you!
and many more...
✕
Instantly Check Your Insurance Coverage
Your information is safe & secure
At Recovery First, we accept most types of private (non-government) insurance and offer a variety of payment options.
You can quickly and privately check your insurance benefits to see if you're covered for addiction treatment services. We’ll be able to tell you if your provider is in network with Recovery First Treatment Center and all American Addiction Centers locations.
This means your treatment may be FREE1 depending on your policy, copay, and deductible.
Next Steps & ResourcesFind help & resources or learn more about Recovery First.