According to the American Academy of Sleep Medicine, about 30% of American adults suffer from symptoms of insomnia, such as:1

Some cases of insomnia may be short-term and arise in connection with temporary sources of stress such as pressures at work or environmental changes (such as traveling/jet lag).2 In other cases, insomnia may be more chronic and debilitating. Insomnia becomes chronic when sleep problems occur 3 times a week, last for 3 months or more, and cannot be attributed to another health issue or medications.2 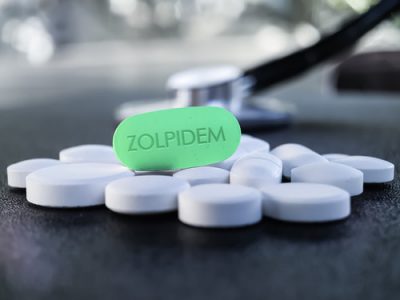 Prescription sleep aids known as “Z-drugs” are named as such because the generic names all include the letter “z”. These medications include:3

Z-drugs belong to a class of drugs called sedative-hypnotics (which also includes benzodiazepines such as Xanax), and are medications with central nervous system (CNS) depressant effects.4 Like benzodiazepines, Z-drugs counteract overactivity in the brain to produce a sense of calm and drowsiness.4

Z-drugs are most commonly prescribed for the relatively short-term management of insomnia. Z-drugs are not generally recommended for use beyond 2 weeks.5 Lunesta has studies to support its efficacy for at least 6 months; however, the label does indicate that some of its risks increase the longer it is used.6

The Schedule IV controlled substance status of Z-drugs indicates that they have some potential for abuse and dependence,7 but they have other risks, as well.

Are Sleeping Pills Bad for You?

Sleeping pills help many people manage their insomnia in the short-term. However, in addition to their therapeutic effects of sedation and drowsiness, Z-drugs have the potential to produce a long list of troublesome side effects.

The potential side effects of Sonata and the other Z-drugs include:4,6,8

One of the most notable potential side effects of the z-drugs is complex sleep behaviors,3 discussed in more detail below.

Sleep-Driving and Other Complex Sleep Behaviors 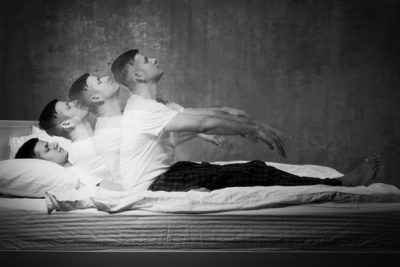 Often, after a person has performed a complex sleep behavior, they have no memory of it in the morning.6 The performance of complex sleep behaviors can be very damaging to a person, both socially and physically. They may say or do things they would never do while awake and cause harm to their relationships or careers. They may also seriously hurt themselves or others. There have been reports of people on Z-drugs getting burned, shooting themselves, and suffering other serious harms as a result of performing complex behaviors while asleep.3

A person may perform a complex sleep behavior after taking just one dose of Ambien or other Z-drug. However, the risk may be elevated should Z-drugs be used at the same time as alcohol or other CNS depressants (e.g., benzodiazepines).6

Though relatively rare, awareness of the risks of these sleep behaviors led to an FDA requirement in 2019 that the Z-drugs include black box warnings on their labels about this potential side effect.11

Can You Overdose on Ambien and Other Sleep Aids?

Overdose toxicity with Z-drugs alone is possible; however, fatal overdose may be more likely when you combine it with another substance that has the potential to slow a person’s breathing, such as opioids or other CNS depressants (e.g., alcohol or benzodiazepines).

Combining more than one CNS depressant drug can be incredibly dangerous. For example, though overdoses have been reported in association with Lunesta alone, overdose deaths have only been reported in instances where Lunesta and alcohol or other CNS drugs were used in combination.12 Each Z-drug warning label cautions against the additive depressant effects of the drugs when they are combined with CNS depressants, and those included with Ambien and Sonata explicitly state that the medications should not be taken with alcohol.6, 8,12

Signs of an overdose on a Z-drug include:6,13

Elderly patients may be more sensitive to the side effects of Ambien and other sleep aids, especially those that involve decreases in motor and cognitive functioning. These effects can also increase the risk for falls, which in elderly patients can be devastating.14  Elderly patients are advised to take low doses and be closely monitored by their physician while on their medication.6,14

Unfortunately, the recommended dose for elderly patients (e.g., 5 mg for Ambien and Sonata and 2mg for Lunesta) may be ineffective in resolving problems with sleep maintenance.14 While the Z-drugs do have results to indicate that elderly patients taking the recommended dose have seen improvements in the time it took them to fall asleep,8,14 actual sleep time may not be improved.14 A review of literature on Ambien found that doses of Ambien lower than 7.5 mg did not increase overall sleep time.14 In the case of Sonata, a trial of elderly patients taking a 5mg dose of the medication for 2 weeks resulted in no increases in total sleep time or reduction in the number of nighttime awakenings in patients.14 These drugs are likely to be more effective at higher doses; unfortunately, upping the dosage increases the risk of adverse effects in elderly patients.14

Another potential issue for elderly patients considering medication for insomnia is that it is very common for older patients to already be taking one or more other medications.14 Because of the potentially dangerous interaction between Z-drugs and certain other drugs such as benzodiazepines or opioids, it is important to be honest with your doctor about all of the medications you’re currently taking.

If you’re an elderly individual struggling with insomnia, your doctor can discuss with you the potential health risks of taking a Z-drug, as well as whether the appropriate dose to maintain your safety is likely to improve your sleep.

While originally believed to have no abuse or dependence potential, Ambien and the other nonbenzodiazepine sleep drugs may not be quite that benign. There have been many reports of abuse and dependence in association with these drugs in the last decade.15 Drug labels advise caution in prescribing sedative hypnotic medications to individuals with a known risk of abuse, misuse, or addiction.6,8 Abuse escalates to addiction as a person’s compulsion to use these drugs grows beyond their control and they find themselves unable to stop using despite knowing the harm that is occurring or is likely to occur as a result. 4

Dependence is a physiological phenomenon that often develops in association with continued use of a substance. Though it is conceptually distinct from addiction, dependence often exists in association with certain types of drug misuse or substance use disorders. Essentially, dependence is a reflection of how the body adapts to a drug and stops functioning normally without it.16 Dependence on Z-drugs is similar to dependence on benzodiazepines; abruptly quitting these sleep aids may result in severe withdrawal symptoms that may become life-threatening. Withdrawal symptoms may include:4

For those who have been abusing one of the Z-drugs, getting sober is not as simple as willpower. It can be medically dangerous to quit.4 We can help you recover safely in our inpatient medical detox program. Once you’ve safely detoxed, you can begin further treatment through inpatient or outpatient therapy to address the other issues that kept you abusing sleep aids. Call us now to discuss your treatment options at .

prescriptionsleeping pills
Prefer getting help via text?
We're available 24/7 via text message. Signup below for access to our team when its convenient for you!
and many more...
Next Steps & ResourcesFind help & resources or learn more about Recovery First.