What Are the Side Effects of Ambien?

Ambien is a sedative-hypnotic medication created to treat insomnia for a short period of time. The drug, which is a brand name for generic zolpidem, was designed to be a safer, less addictive insomnia treatment in the hopes of replacing benzodiazepines, which had previously dominated prescription treatments for the sleep disorder. Zolpidem acts on the GABA receptors, just like benzodiazepines, but binds to them more specifically than drugs like Xanax or Valium. Ambien was first approved for prescription use by the Food and Drug Administration in 1992. 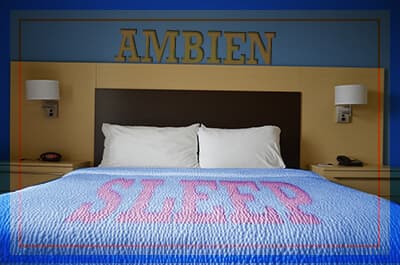 Since its approval, Ambien has been found to cause several side effects. Some of these, such as drowsiness, make sense and are unfortunate side effects of most prescription insomnia treatments. Other side effects, such as sleepwalking or sleep driving, have been found to be more common with Ambien than with benzodiazepines and much more dangerous.

By reducing or stopping consumption of caffeine and alcohol while taking Ambien, some side effects can be lessened. Even hours later, these drugs can interact with Ambien. It is also important for physicians prescribing Ambien to know if their patient has a history of mental health issues, such as depression, thoughts of suicide, or substance abuse, in order to avoid some of the more serious side effects.

Even if an individual does not begin to abuse, become addicted to, or become dependent on Ambien, they can still suffer side effects of the medication. However, nonmedical use or physical dependence on Ambien can make side effects worse.

Some of these side effects include:

In large doses, especially when taken for nonmedical or recreational use, Ambien can lead to side effects indicating intoxication, including:

Unfortunately, some people have become addicted to Ambien and now struggle with abuse of the drug. Side effects of Ambien abuse typically include:

When an individual becomes addicted to Ambien, they are more likely to take the drug for longer than prescribed, without a doctor’s oversight, and for nonmedical reasons. Long-term side effects of Ambien abuse include:

Dependence is what causes withdrawal symptoms. Effects of Ambien withdrawal include sweating, shaking, nervousness, rebound insomnia, and muscle cramps. Sometimes, a person can develop seizures, especially if they have taken or abused Ambien for a long time and at high doses. 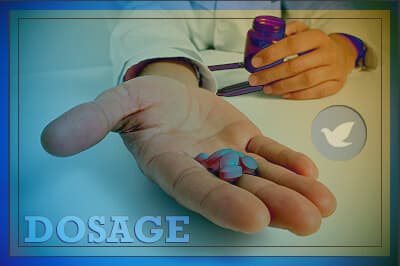 The FDA found that doses of Ambien higher than 10 mg were more likely to lead to addiction, dependence, and tolerance. The federal regulatory agency lowered the recommended dose for healthy adults in 2013after several complaints about side effects of the drug, including very serious problems with parasomnias (e.g., walking, eating, driving, and having sex while asleep). In fact, the most common reported complaints about Ambien include daytime drowsiness (also during driving), dizziness, hallucinations, euphoria, agitation, and sleepwalking. These can all become dangerous to the individual, leading to serious falls, dissociation from reality, anxiety, and performing actions without remembering them. There are several anecdotal reports about people falling from balconies, causing car accidents, getting DWI tickets or arrests, and ingesting dangerous, non-food items while on Ambien.

In addition to the dangerous side effects, Ambien overdose has led to thousands of emergency room visits every year. The Substance Abuse and Mental Health Services Administration (SAMHSA) reported that 20,793 ER visits in 2010 were related in some way to Ambien, with 37 percent of those visits due to Ambien alone. Even more serious, a 2010 study examined records of people in Pennsylvania between 2002 and 2006: about 10,000 used Ambien, while 23,500 did not. About 1 percent of the non-Ambien users died in those years while 6 percent of Ambien users died, suggesting that Ambien generally increased the risk of death.

When taken on a short-term basis as prescribed, and with a doctor’s oversight, Ambien can help some people who struggle with insomnia. However, this potent drug is potentially addictive, and it can be harmful for other people who may struggle with addiction or substance abuse.

Those who are addicted to Ambien can get help. There are many rehabilitation programs that can help people once they have successfully detoxed from Ambien. These programs offer social support and research-based therapies. Therapy can help the person understand the root causes of their addiction and manage cravings or stress in the future. This helps to prevent relapse and maintain sobriety, so the individual can lead a healthy, happy life.

ambienprescriptionside effectssleeping pills
Prefer getting help via text?
We're available 24/7 via text message. Signup below for access to our team when its convenient for you!
and many more...
Next Steps & ResourcesFind help & resources or learn more about Recovery First.