How to Avoid Relapse 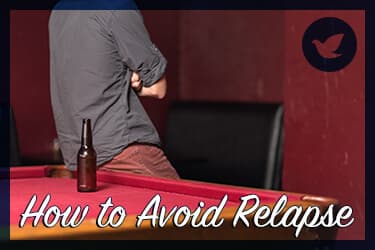 Addiction is a common occurrence in the United States, as more than 23 million Americans were addicted to drugs or alcohol in 2010, as noted by the Partnership for Drug-Free Kids. Of these individuals, only 10 percent received treatment. Of the individuals who receive treatment – or at least attempt to recover – many will relapse at some point.

How Common Is Relapse? 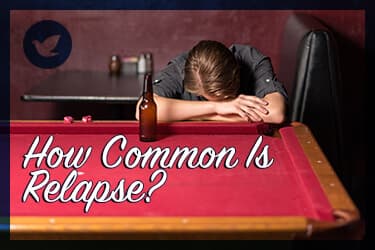 The Society for the Study of Addiction published a study in 2006 that showed people in recovery from addiction had a short-term remission rate of 20-50 percent. The severity of and criteria for remission affect the remission rate. Initial studies suggested that those who didn’t undergo treatment had a remission rate of 5-45 percent. Studies indicate that people who have undergone treatment following detox are less likely to relapse. Those who underwent treatment had long-term relapse rates between 20 percent and 80 percent.

Numerous studies have shown a majority of relapses tend to happen during the first 90 days of sobriety. The brain takes a while to rewire itself after long-term drug abuse, and often, cravings for the drug worsen before they improve. This means the longer a person remains sober, particularly beyond the 90-day mark, the better the person’s responses to contextual cues or triggers to use. Once a person hits 90 days sober, the probability of staying sober increases tremendously. If a person stays free from drugs and alcohol for a year, the likelihood of maintaining long-term recovery is high.

Triggers are different for every person. For instance, a person might begin to use again if they are exposed to drug paraphernalia, such as they encounter an old pipe in their home. Alternatively, the person could run into someone who was once a drug connection, such as a person they used to buy drugs from or frequently use them with. Sometimes, a place will make an individual remember good times spent drinking or abusing another substance, and this will prompt them to pick up again. Stress is a common trigger for relapse; if a person feels stressed, they may return to the old, reliable method of fast stress relief by drinking or using drugs.

Though relapse is often a part of recovery, it is preventable. During therapy, clients learn how to identify their particular triggers to use and how to manage those triggers going forward.

The best method to avoid relapse is to engage in a comprehensive addiction treatment program. Long-term abstinence rates following detox are much higher for those who continue into formal treatment. In therapy, clients learn how to process troubling emotions and manage stress without using substances. They identify unhealthy behavioral patterns, learn how they lead to relapse, and construct better patterns that can aid their recovery in the future.

How to Avoid Relapse

Social support is key to avoiding relapse. Once a person has entered recovery, they often need to restructure their social circle. Attempting to stay sober around old friends who are still using is essentially a recipe for relapse. Instead, a person in recovery needs to make new friends who are supportive of their sobriety.

Those new to recovery should have at least one person they can call when they are tempted to relapse. This may be a sponsor from a 12-Step group or a close friend or family member. If the person is going to a situation where they know relapse temptation will be high, such as a gathering where most people will be drinking, they should bring this person with them for support. A sober, supportive friend can go a long way toward helping someone say “no” to temptation.

Another way to prevent relapse is to steer clear of locations that remind the individual of using drugs or alcohol, such as bars or clubs. Certain events may be associated with past substance use, such as concerts or sporting events, so it’s important to take caution when attending any of these events in early recovery. It might be worth it to wait a few months or even years before venturing back into these territories that are strongly associated with past drug or alcohol use. 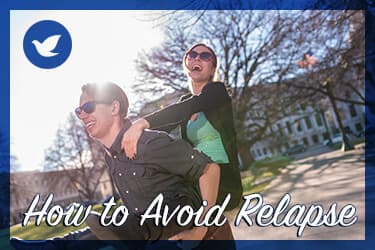 Seeing drug paraphernalia can often trigger cravings. In the early stages of recovery when the person is most vulnerable, simply seeing the paraphernalia may be enough to cause the person to relapse. A visual cue as short as 33 milliseconds can stimulate the reward center in the brain and trigger a craving.

Boredom can be a huge trigger for relapse, so it’s important to fill one’s time with healthy, positive activities. A structured schedule can be key to keeping a person on task throughout the entire day. Even free time should be scheduled, such as free time dedicated to journaling or reading versus just empty time. If a person is busy, they are less likely to return to substance use as a way to fill the time.

Learning to cope with stress is a valuable tool for relapse prevention. Again, stress is a major risk factor for relapse, a fact confirmed by the National Institute on Alcohol Abuse and Alcoholism. The brain’s pathways change as a result of alcohol consumption and addiction, and the brain may begin to associate stress relief with alcohol consumption. As a result, there are changes in motivational and reward pathways that make a person crave alcohol even more, especially when being confronted with alcohol-related stimuli and stress. For this reason, a person needs to learn stress management and relaxation techniques so they aren’t as tempted to return to alcohol in times of stress. Meditation, yoga, and breathing techniques can be helpful in this regard.

Peer support groups, like 12-Step meetings popularized by Narcotics Anonymous and Alcoholic Anonymous, can be incredibly helpful in terms of relapse prevention. These meetings offer support and ongoing encouragement for those in recovery. Attending meetings regularly can hold a person accountable in their recovery process, and consistent attendance has been associated with fewer instances of relapse. 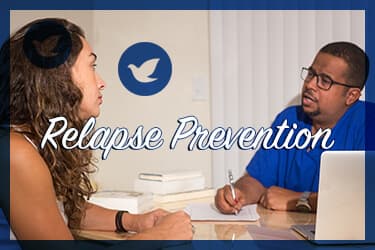 While creation of a relapse prevention plan is often part of a structured therapy program, it can be helpful for anyone to create one on their own. This plan outlines ways to prevent relapse. It also acts as a guide to prevent a person from returning to behaviors that were associated with drugs or alcohol.

A relapse prevention plan should outline triggers and how to manage those triggers. Make the plan as specific as possible so it’s clear what finite actions can be taken in certain instances.

Triggers consist of all the things, places, and people that could lead to a relapse. Generally, this is a list of people, places, and things to avoid whenever possible. Triggers can also involve situations where cravings for the substance of abuse may hit particularly hard. In this section, outline some ways to work through the cravings. For example, reminding oneself that these cravings are temporary and moving to a new location. Oftentimes, simply moving physical locations is enough to make the cravings dissipate substantially.

Lists the names and contact information of people to call if it feels like relapse is on the horizon. Have at least a few people on this list so there are alternative options if the first or second choice doesn’t pick up the phone.

Then, outline what to do if relapse does occur. Relapse is sometimes part of recovery, and it doesn’t have to mean a full return to addiction. In some instances, relapse is simply a blip on the overall journey of recovery that serves as a prompt to recommit to one’s recovery program. With a solid plan in place, relapse is less likely to happen, and if it does happen, the consequences are less likely to be severe.

Relapsesober living
Help is a Phone Call Away
Please don't suffer with substance abuse thinking no one cares. We care and want to help you get back to the life you deserve.
Are you covered for addiction treatment? Find your insurance.
and many more...
✕
Instantly Check Your Insurance Coverage
Your information is safe & secure
At Recovery First, we accept most types of private (non-government) insurance and offer a variety of payment options.
You can quickly and privately check your insurance benefits to see if you're covered for addiction treatment services. We’ll be able to tell you if your provider is in network with Recovery First Treatment Center and all American Addiction Centers locations.
This means your treatment may be FREE1 depending on your policy, copay, and deductible.
Get the Info & Help You NeedWe're open across the US. Learn about your options.