Tramadol is the generic name of an opiate medication that is sold under several trade names, including ConZip, Rybix, Ultram, and Ultracet (acetaminophen and tramadol). It was developed in Germany in the early 1960s and available for use in Europe in the late 1970s. The drug became available in the United States in 1995. 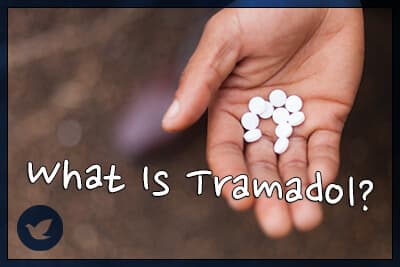 Tramadol has a mechanism of action that is similar to the mechanism of action that occurs with most opiate drugs. It has an affinity for neurons in the brain that serve as receptors for endorphins and enkephalins, naturally derived neurotransmitters that decrease the subjective experience of pain and stress. In addition, other neurotransmitters are also affected by the use of opiate drugs like tramadol, such as dopamine, serotonin, and norepinephrine.

Tramadol also has some specific qualities not available in the many prescription opioid medications. It is a synthetic drug, whereas the majority of opiate drugs are substances that are derived from opium and naturally occurring to some extent. Tramadol has pain-suppressing qualities like all opiate drugs, but it also has specific actions on norepinephrine and serotonin that are not noticeable with other opiate drugs. Thus, it may have the potential to increase concentration, bring mood-enhancing effects, and facilitate sleep in some individuals.

Tramadol was originally marketed in the United States as a safer opiate drug for the control of mild to moderate pain compared to other drugs in its class, such as Vicodin (hydrocodone and acetaminophen) and OxyContin (oxycodone). Hydrocodone and oxycodone are classified as Schedule II controlled substances by the Drug Enforcement Administration (DEA) whereas tramadol is classified as a Schedule IV controlled substance. This indicates that the DEA considers tramadol to have less potential for abuse and the development of physical dependence than these other narcotic drugs.

Even so, substances containing tramadol can only be legally purchased with a prescription from a physician. Tramadol has become widely prescribed for the control of mild to moderate pain associated with surgery or other conditions. 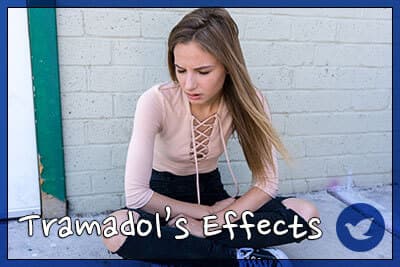 Individuals who use tramadol for medicinal reasons typically take it in pill form. Like other opiate drugs, it readily crosses the blood-brain barrier and attaches to its targeted neuroreceptor sites in the brain, resulting in effects. It may also block the reuptake of the neurotransmitters norepinephrine and serotonin once these neurotransmitters are released into the synaptic cleft (the space between neurons). The general effect of tramadol is to increase the availability of these neurotransmitters.

The maximum medicinal dose for tramadol is considered to be 400 mg a day, and many individuals are instructed to take significantly less than that depending on their level of pain. The immediate effects of medicinal doses of tramadol include a significant reduction in a person’s perception of pain. This occurs as a result of the drug’s ability to attach to the brain and block messages regarding pain sensations. Mild euphoria that is very similar to the type of euphoria that other opiate drugs produce is
also common. This includes feelings of sedation, relaxation, lightheadedness, giddiness, and a mild loss of inhibitions.

Some individuals may also experience side effects that can include some of the following:

These side effects often disappear with repeated use.

Some individuals may experience rarer side effects that can include more severe manifestations of the above as well as:

Although tramadol is considered to be relatively mild compared to other opiate drugs, individuals can overdose on it. The symptoms of a tramadol overdose include:

In rare cases, serotonin syndrome may occur. This is a potentially life-threatening condition where the neurons in the brain that release the neurotransmitter serotonin become overactive and release massive amounts of serotonin into the system.

The development of seizures as a result of an allergic reaction or an overdose of tramadol represents a severe and potentially fatal occurrence. Seizures result from the unrestrained firing of neurons in a particular area of the brain that spreads to surrounding systems. The severity of the seizure depends on how far this unrestricted and uncoordinated rate of neuron firing spreads. When only a small portion of the brain is affected, only certain functions may be affected, such as speech, uncontrolled movements in one arm, or difficulty concentrating. When larger areas are involved, the effects can be more generalized and potentially dangerous due to individuals harming themselves as a result of convulsing, breathing cessation, or significant damage to the brain due to unrestricted neuronal activity.

Research studies have indicated that any seizure risk associated with products that contain tramadol is most often due to people combining tramadol with other drugs, such as alcohol or other opiate drugs. However, some research has also suggested that certain types of antidepressants may increase seizure risk if used with tramadol. The risk to develop seizures as a result of tramadol abuse also increases with the dosage an individual uses. The potential risk factors that are often listed as increasing the probability that one will develop seizures as a result of using tramadol include:

The Abuse of Tramadol

According to the latest data provided by the Substance Abuse and Mental Health Services Administration (SAMHSA), tramadol products are among the most prescribed opiate substances in the country. In 2015, approximately 18.5 million individuals reported using tramadol. Of these individuals, approximately 1.8 million reported misusing the drug at some time.

It was originally believed by many that tramadol was a drug that had a low potential for abuse and physical dependence, but based on data provided by organizations like SAMHSA, this view has become substantially altered. At high doses, such as those taken by individuals who habitually misuse or abuse the drug, it acts in a very similar manner to other opiate drugs that are considered to be significantly more dangerous. In addition, individuals do develop physical dependence to tramadol. Individuals who use the drug according to its prescribed purposes and under the supervision of a physician are far less likely to have issues with physical dependence and would not be considered to be abusing the drug.

Some potential signs that an individual is abusing tramadol include:

The formal symptoms associated with withdrawal from tramadol are not considered to be potentially serious in the same way as the withdrawal syndrome that occurs with alcohol can produce life-threatening seizures; however, other associated complications, such as dehydration from vomiting and not eating or issues with judgment, may place an individual at significant risk for harm. Some individuals may have extreme emotional reactions that include thoughts of self-harm or that border on psychosis, and these individuals are at serious risk for self-harm.

Individuals who develop an opiate use disorder as a result of abusing tramadol will benefit from a formal treatment plan.

The key component to recovery from any substance use disorder is to remain in treatment for a sufficient length of time. This means staying in treatment for years following abstinence in most cases. Most often, substance use disorder therapy is time-limited, and individuals will transition from formal therapy once they have developed the sufficient skills to move on and continue in other interventions, such as participation in 12-Step groups, community support groups, etc.

prescription
Ready to get started?
We're available 24/7 to answer questions and help you make decisions about starting recovery from drug use.
Are you covered for addiction treatment? Find your insurance.
and many more...
✕
Instantly Check Your Insurance Coverage
Your information is safe & secure
At Recovery First, we accept most types of private (non-government) insurance and offer a variety of payment options.
You can quickly and privately check your insurance benefits to see if you're covered for addiction treatment services. We’ll be able to tell you if your provider is in network with Recovery First Treatment Center and all American Addiction Centers locations.
This means your treatment may be FREE1 depending on your policy, copay, and deductible.
Next Steps & ResourcesBrowse helpful articles and find treatment options.