OxyContin is a powerful and highly addictive opioid painkiller that can have several dangerous side effects, especially when misused. People who abuse OxyContin may be more likely to develop opioid dependence and addiction, and at increased risk of overdose.

Is OxyContin an Opioid? 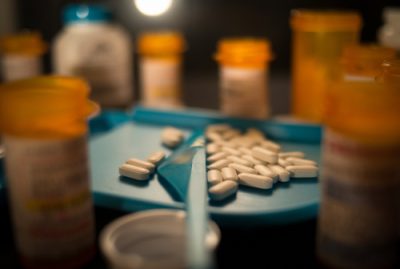 Yes. OxyContin is a brand name for oxycodone, a semi-synthetic narcotic widely prescribed for pain. While it is an important medication for certain types of pain management, it is also frequently diverted for nonmedical misuse because of its potent opioid effects.1,2

Effects of OxyContin Use

When a person uses OxyContin or similar opioids, they may experience numerous side effects, including:1,3,4

The relaxed, euphoric high that OxyContin can bring about contributes to its abuse potential and addictive nature.1

OxyContin is Schedule II controlled substance, which means that while OxyContin has recognized medical uses for pain management, it is also a drug with a high potential for abuse.1

Because OxyContin is capable of producing a rewarding, heroin-like euphoria, it is a common target for nonmedical misuse.1,5 Even those with no original intention of abusing the drug may ultimately find themselves using it outside of prescribed guidelines. While most people prescribed OxyContin use it correctly, in some cases what begins as prescription use can turn into misuse/abuse.7 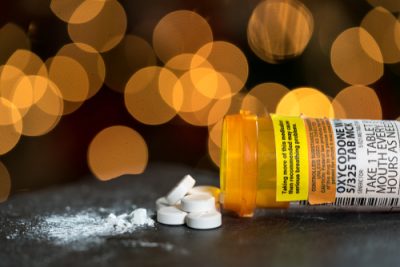 You are abusing OxyContin when you:3

The most recent statistics show that more than 3 million Americans age 12 and older misused oxycodone products in 2019 alone.6 Opioid abuse can have devastating consequences; in the span of 19 years between 1999 and 2018, close to half a million people died from overdoses involving opioids (prescription and illicit).7

When a person misuses OxyContin, they face several health risks. A person who abuses OxyContin can suffer from:8

Those who abuse OxyContin are also at risk of becoming dependent on or addicted to opioids.8

Arguably the biggest risk of abusing OxyContin is overdosing and suffering from severe respiratory depression. This can result in hypoxia, a condition where the brain lacks adequate oxygen.3

Hypoxia can lead to:3

Learn more about opioid overdose and how to take action.

When a person uses (or misuses) OxyContin, it is not uncommon for them to develop some degree of tolerance to the medication. As their tolerance to OxyContin grows, they will need to take more to feel the effects.1,3Any increase in dose of a medication like OxyContin should only happen under a doctor’s supervision. Someone who uses a medication like OxyContin who increases their dosage on their own may suffer a fatal overdose.3,9 Increasing doses are also associated with increased opioid use disorder (addiction) risk.9

As OxyContin abuse continues, the person may become increasingly opioid-dependent and experience withdrawal symptoms when they cut back or quit.

These symptoms of OxyContin withdrawal may include:3

Opioid withdrawal symptoms can be intensely uncomfortable. Those who’ve developed a significant physiological dependence on the drug may find themselves unable to quit using opioids despite wanting to do so because they are unable to cope with the withdrawal symptoms, which mimic a terrible flu.3,10

Addiction to OxyContin goes beyond just physical dependence. It involves a loss of control over one’s use. Someone suffering from an OxyContin addiction may begin to compulsively use the drug and continue to do so despite the negative consequences that are associated with their use.10

In addition to tolerance and dependence/withdrawal, some other signs and symptoms of an addiction to OxyContin include:10 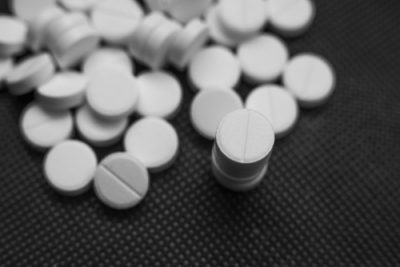 While OxyContin itself is addictive and dangerous, a more recent threat has emerged that has made abusing this drug even more risky: counterfeit pills.

People are buying more pain pills online and in other illicit ways, but often these pain pills are fake and not manufactured in a lab according to pharmaceutical standards. 11 Illegally manufactured OxyContin often contains fentanyl, an opioid drug that up to 100 times more potent than morphine and up to 50 times more potent than heroin.11,12 Illegally manufactured prescription pills, many of which come from China or Mexico, can look identical to real OxyContin.11

According to the Drug Enforcement Administration (DEA), 27% of illicit tablets seized nationwide in 2019 contained fentanyl. The DEA warns that if a pill of any kind is not obtained legally through a pharmacy, it is likely to be counterfeit and that taking any of these pills is extremely risky.11 Fentanyl can be deadly in extremely small amounts. The DEA states that just 2 mg, the size of 2 grains of salt, can be fatal in most people.13

opiateOpioidsoxycodonePrescription drug abusePrescription Opioids
Prefer getting help via text?
We're available 24/7 via text message. Signup below for access to our team when its convenient for you!
and many more...
Next Steps & ResourcesFind help & resources or learn more about Recovery First.