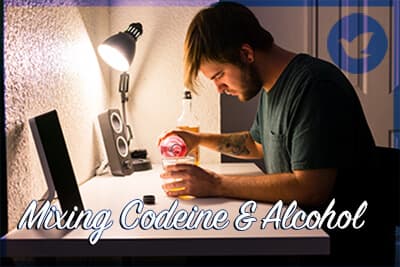 Many of the most popular and widely abused intoxicants are CNS depressants. CNS stands for central nervous system, which is the clinical term for the brain and spinal cord. Drugs that are central nervous system depressants act on the brain and spinal cord to cause relaxation, induce pain relief, reduce anxiety or stress, and release neurotransmitters – dopamine, especially – to make the person feel good.

Alcohol is a legal CNS depressant widely available to people ages 21 and older in the United States. However, it is also one of the most widely abused intoxicating substances, with thousands of deaths every year attributed to alcohol poisoning, accidents caused by intoxication, and long-term physical harm from drinking too much.

Codeine is an opioid medicine that was once available over the counter in cough and cold medications. In addition to relieving pain, this mild opioid drug is an antitussive, or a cough suppressant. Codeine-based cough syrups were available all over the United States until the early 2000s when the opioid addiction epidemic became prevalent. Although there are still some codeine cough syrups available in the US today, they all require a prescription, as all prescription opioid drugs are Schedule II and highly regulated.

All prescription narcotics, including codeine, warn not to mix the medication with alcohol. The risk of serious side effects, including somnolence, respiratory depression, dizziness, and physical weakness is increased when these types of drugs are combined. Unfortunately, the combination of codeine cough syrup and alcohol became very popular in the 1990s. Although codeine is not available on shelves in drug stores today, it is still found at some events.

The combination of codeine-based cough syrup, soda, alcohol, and hard candy became popular at raves, clubs, concerts, and other large social events filled with adolescents and young adults in the early 1990s. This deadly mix has been immortalized in slang terms and song lyrics, with names like purple drank, sizzurp, syrup, lean, and barre.

Allegedly, a Houston-based rap artist named DJ Screw was the first to popularize the mixture. In fact, his genre of music – called Screw – not only lyrically immortalized the drink, but Screw himself said that his abuse of the deadly cocktail led him to create the slowed down, psychedelic version of rap. This implies that audiences who drink Sizzurp are more able to appreciate his sound, thus mixing the music and the drink into a specific culture. DJ Screw himself died in 2000 from an overdose of purple drank.

Many codeine-based cough syrups also have promethazine in them, which is a sedative. When used medicinally, this chemical helps a person suffering from serious cough or congestion to relax and get some needed rest. However, when combined with alcohol, this drug can cause intense sedation, including coma or stupor where a person is awake but not responding to outside stimuli.

Even just taking codeine cough syrups recreationally can lead to a dangerous combination of the opioid and promethazine. However, mixing these chemicals with alcohol increases the effects of both, which means short-term euphoria but long-term side effects from oxygen deprivation, organ damage, memory loss, accidental injury, or coma. Drinking these concoctions dramatically increases the risk of death from overdose.

Worse, combining codeine and alcohol means the overdose is harder to treat. Normally, with opioid overdoses, an emergency medical responder would administer naloxone to temporarily stop the overdose symptoms. This gives the person a few extra hours to get lifesaving treatment. However, with other drugs in the person’s system acting on different parts of the brain, naloxone will be less effective. It might kick the opioids off the opioid receptors, but it cannot stop the effects of promethazine and alcohol.

The most common side effects from mixing alcohol and codeine include:

Symptoms of an overdose involving codeine and alcohol together are likely to mimic those of opioid overdose, but they may also include elements of alcohol poisoning, depending on how much alcohol was consumed.

The Necessity of Professional Treatment

Mixing alcohol and opiates like codeine is a form of polydrug abuse; this is a condition in which a person abuses two or more drugs for specific outcomes. Polydrug abuse is especially dangerous because overdoses are more likely and more difficult to treat. This means that people who take multiple drugs at the same time are at high risk for death.

Fortunately, detoxing with medical oversight and then entering a rehabilitation program can change all that. Supervising doctors are able to ease withdrawal symptoms, sometimes through a tapering regimen and sometimes with specific medications.

Once the person has safely detoxed from the drugs, or stabilized under an overall withdrawal plan, they generally begin therapy. Detox is not the same as overcoming substance abuse; it is only ending the body’s physical need for the drugs. Rehabilitation is primarily focused on group and individual therapy to help the person overcome addictive behaviors, avoid relapse, and understand their addiction.

alcohol
Ready to get started?
We're available 24/7 to answer questions and help you make decisions about starting recovery from drug use.
Are you covered for addiction treatment? Find your insurance.
and many more...
✕
Instantly Check Your Insurance Coverage
Your information is safe & secure
At Recovery First, we accept most types of private (non-government) insurance and offer a variety of payment options.
You can quickly and privately check your insurance benefits to see if you're covered for addiction treatment services. We’ll be able to tell you if your provider is in network with Recovery First Treatment Center and all American Addiction Centers locations.
This means your treatment may be FREE1 depending on your policy, copay, and deductible.
Next Steps & ResourcesBrowse helpful articles and find treatment options.