Heroin is a Schedule I narcotic, making it among the most dangerous, addictive drugs a person can take. Neither prescribed nor regulated for any medical purposes, heroin is habit-forming. Taking heroin usually results in a physical dependency and addiction. Though less than 2 percent of people age 12 and over admit to using heroin, the drug is catastrophic for people who do use it. 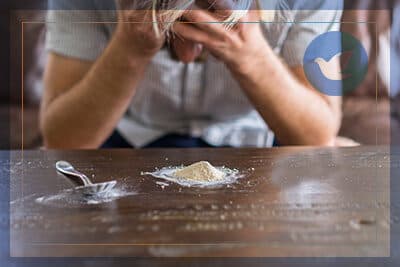 The Centers for Disease Control reports that more than 8,000 people died in 2013 from heroin overdoses. This is four times the number of people who suffered fatal heroin overdoses in 2002.

Heroin use is on the rise throughout the US. The path to heroin addiction often starts with an injury for which a person is prescribed an opioid pain reliever. While this initial use is legitimate, the person may begin abusing the drug by taking higher dosages than prescribed or taking the drug more frequently than prescribed. When their doctor refuses to refill their prescription or they run out of money to buy prescription painkillers, they turn to a cheaper alternative: heroin. According to the Journal of Opioid Management, heroin produces a much more intense high for a much lower price.

People who use heroin are also likely to be using other dangerous drugs. A 2015 report from the Centers for Disease Control found that 90 percent of heroin users were also using at least one other drug while using heroin.

Heroin impacts the body’s opioid receptors in the brain, disrupting endorphin production. This creates a sense of euphoria in the user and reduces the experience of pain. Heroin also depresses areas of the nervous system that control a person’s breathing and heart rate, and at high doses, it can lead to overdose.

When someone overdoses on heroin, their breathing can slow substantially, to the point where the brain isn’t getting the oxygen it needs. This condition is called hypoxia. It can cause a person to slip into a coma, cause serious brain damage, and even lead to death.

Per the National Institute on Drug Abuse, heroin can rapidly lead to addiction, as the drug creates a strong physical and psychological dependence in users.

When a person snorts heroin, the mucus membranes of the nose and throat absorbs the drug. From there, it enters the bloodstream and travels to the brain. Once in the brain, heroin produces effects through the central nervous system. A person who snorts heroin will typically feel a rush or sense of euphoria upon taking the drug. They may feel their extremities getting heavy, their body warming, and their mouth drying. The heroin user usually rotates between a wakeful and drowsy state.

People often snort heroin because it is the easiest way to use the drug. Unlike other ways of using heroin, snorting doesn’t require specific equipment, like a syringe, lighter, or pipe. This makes it incredibly easy to carry around and use on the go. Snorting heroin doesn’t carry the same risk of contracting a bloodborne disease, like HIV or hepatitis C, that injecting heroin does. In addition, there is a social stigma attached to shooting up, and heroin users who snort the drug are often looking to subvert that stigma.

While smoking and injecting heroin deliver the drug to the brain much more quickly than snorting the drug, those methods also increase the risk of addiction. Some misguided users snort the drug believing they will not become addicted. This is, of course, a myth. In fact, people who snort heroin are likely to be casual users whose tolerance drops in between uses. When they return to the drug and use their old dosage, people who snort heroin can easily overdose. Even if the user survives, people who snort heroin are likely to turn to injecting drug within a few months, the National Institute on Drug Abuse reports. The reality is that heroin use carries great risks, regardless of the method a user chooses.

All use of heroin is dangerous. According to Substance Abuse, heroin alters a person’s brain chemistry and damages their internal organs over time. Other negative side effects of snorting heroin include:

While snorting heroin doesn’t leave telltale track marks on the arms, there are still many warning signs a person has been snorting heroin. Any heroin use will result in a persistent runny nose or sniffling, since the drug releases histamine into the system.

Chronic, significant nasal irritation can be a red flag for heroin users. Sometimes, the nose may be chronically red and raw-looking, and the person may continually rub or pick at the area around the nose.

While little paraphernalia is needed to snort heroin, there are some items that can signify the practice may be going on. Cut straws, pieces of rolled-up paper, flat surfaces with powder residue on them (e.g., mirrors, books, etc.), and credit cards or other objects used to create lines of the drug may be present in a person’s living space.

There are also behavioral signs that may indicate a person is snorting heroin. Changes in a person’s social life, a decline in performance at work or school, poor grooming habits, and significant weight loss can all be signs of heroin abuse.

If you suspect that someone you know is snorting heroin, it’s important to reach out for help. As a significantly addictive drug, heroin can wreak havoc on all aspects of a person’s life, but with comprehensive care, a full recovery is possible.

Recovery First, one of American Addiction Centers’ heroin rehab centers in Florida, is ready to help you overcome addiction and find long-term recovery. Call us today at to learn more about addiction treatment near you.

heroiningestionopiatesnorting
Prefer getting help via text?
We're available 24/7 via text message. Signup below for access to our team when its convenient for you!
and many more...
✕
Instantly Check Your Insurance Coverage
Your information is safe & secure
At Recovery First, we accept most types of private (non-government) insurance and offer a variety of payment options.
You can quickly and privately check your insurance benefits to see if you're covered for addiction treatment services. We’ll be able to tell you if your provider is in network with Recovery First Treatment Center and all American Addiction Centers locations.
This means your treatment may be FREE1 depending on your policy, copay, and deductible.
Next Steps & ResourcesFind help & resources or learn more about Recovery First.