For more than 40 years, the organization Mothers Against Drunk Driving (MADD) has worked to make a difference in the community so people know the perils of driving under the influence. They host a variety of walks and outreach events that demonstrate the dangers of being buzzed behind the wheel. It’s no question the public perception of drunk driving has shifted due to their efforts. According to MADD’s website, most Americans now consider drunk driving a 100% preventable crime and say that having a designated driver is a key component of a night out that includes alcohol.1

However, there is still a long road to travel, and drunk driving is still the number one cause of death on the roadways.

Those numbers resonate with many people who have been affected by drunk driving. April is Alcohol Awareness month and during this year’s 2022 campaign MADD is hosting walks around the country to raise awareness. On Saturday, April 24th people will hit the pavement in Fort Lauderdale, FL to promote the message of MADD “One drunk driving death on the roadways is too many.” 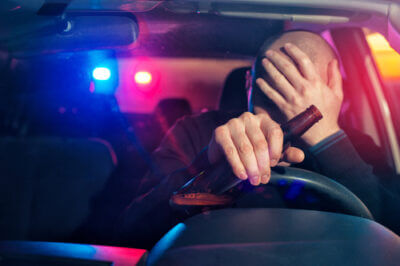 It’s no surprise people started drinking more at home during the pandemic. In April 2020, liquor stores reported an increase of 54% in alcohol sales.3 For the first time in many states, you could order alcohol to be delivered to your home, resulting in a 234% increase of online alcohol sales.3 Unfortunately, those habits harnessed at home are now becoming a part of regular routines that often revolve around driving.

According to the National Highway Traffic Safety Administration (NHTSA), an estimated 38,680 people died in motor vehicle crashes in 2020, the largest projected increase since 2007.4 The data reflects a 7% rise in overall traffic deaths in 2020 compared to 2019 and shows significant increases during the last half of 2020 compared to those same months in 2019.4

Another interesting element is there were fewer cars on the road during that time but more alcohol-related accidents. Data from the Federal Highway Administration shows that miles traveled decreased nationwide.

When someone decides to drive under the influence, they are putting a number of others at risk. If you are beginning to recognize a pattern of problematic substance misuse in yourself, or a loved one, be sure to reach out for help. American Addiction Centers (AAC) not only treats alcohol addiction but co-occurring mental health disorders like anxiety and depression as well. If you are looking for an alcohol rehab center near Miami, contact our admissions navigators . 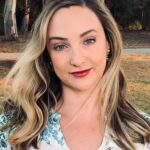 addictionAlcohol AddictionInpatient Rehabunderage drinking
Prefer getting help via text?
We're available 24/7 via text message. Signup below for access to our team when its convenient for you!
and many more...
Find Help & ResourcesBrowse 100s of informative articles and get help.