Despite the record number of overdose deaths and a drug epidemic, research shows that Americans’ concern over drug addiction has declined.1 A research study conducted by the Pew Research Center sheds light on the trending decline in concern for drug addiction and provides insight as to why this is happening.

Even more surprising is that in 2022, a separate survey revealed that, among the 18 priorities listed for the federal government to address, drug addiction ranked the lowest on the priority list.1 This is interesting data considering that overdose rates have not decreased during that time in many areas. Why do so many Americans feel drug addiction is no longer a top concern? Research suggests that other concerns are taking priority.

What Are Americans Concerned About?

Given the recent political divide, economic changes, and a global pandemic, it is not surprising that many people today are concerned and feeling stressed. These stressors have influenced the way people prioritize concerns. A Pew survey confirmed that other priorities have taken precedence over drug addiction.

The following concerns are the top-ranked concerns for Americans today:2

Drug use is a problem across the country. The recent fentanyl epidemic has proven to be deadly in the Miami area. Deaths, as a result of cocaine use, have increased due to the fact that cocaine is often laced with fentanyl and its accessibility from Columbia. There is also a significant increase in opioid-related deaths as a result of counterfeit pills and heroin cut with fentanyl.

If you are struggling with addiction and looking for drug and alcohol rehab near Miami, Recovery First Treatment Center in South Florida can help. Recovery First offers many levels of care, including inpatient treatment, outpatient programs, medical detox, and telehealth addiction services. Call and speak to a compassionate admissions navigator today . You can also go online to verify your insurance coverage. 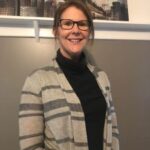