Wellness retreats are a popular way for people to take a break from everyday life and focus on mental health, physical health, and other areas of well-being.1 A trending type of trip are psychedelic retreats, where people travel to a destination and take psychedelic substances to alleviate depression, anxiety, and post-traumatic stress disorder (PTSD), as well as connect with others and find other types of healing.2

This article will explore whether these retreats are a safe and useful method to improve wellness, or if they are being used as a way to experiment with and enjoy drugs recreationally.2

What is a Wellness Retreat?

Wellness retreats offer people an option to travel to a designated location where they can work on areas such as mental and behavioral health, weight loss, yoga, and drug and alcohol rehabilitation.1 They can focus on healing for individuals or for couples.3

Psychedelic retreats are becoming increasingly popular in countries such as Costa Rica, Jamaica,1and Mexico,1 where many psychedelic substances are legal. They are also starting to become popular in the U.S., where psychedelics have been decriminalized in a number of locations.1

Psychedelic wellness retreats often involve microdosing, which is taking a low dose of a psychedelic drug at regular intervals, such as 2–4 times a week.4 A microdose of psilocybin, which is the hallucinogenic chemical obtained from certain types of fresh and dried mushrooms also known as “magic mushrooms,” is usually half a gram.4 Psychedelics used at retreats can also include MDMA and ayahuasca.2

Psychedelic substances are known to cause effects such as hallucinations, magnified emotions, heightened sensory perceptions (such as seeing colors more brightly or hearing sounds more clearly), alterations in the sense of the passage of time, as well as unique experiences such as interpreting colors as being heard or music as being seen.5

Studies have shown mixed evidence regarding the therapeutic uses of microdosing psychedelics. Self-reports detailed in articles published in scientific journals have exhibited that microdosing can result in improved mood and cognition as well as decreased anxiety.6 Side effects can include nausea, increased heart rate, and increased energy.5

The legal status of psychedelic substances varies by location. Psilocybin mushrooms are openly sold in places like Jamaica and the Netherlands.2 In Mexico, sacramental use of psychedelics is legal, making it a popular destination for these types of retreats.2 Locations in the U.S. that have decriminalized psychedelic drug use, such as Denver, Colorado, and Santa Cruz, California, have seen an increase in psychedelic retreats.2

Despite the reported positive effects by some, there can be dangers to taking psychedelic substances. Negative effects can include:2,4,5,7,8

Even when taken in small doses, some drugs have significant potential for abuse. Signs of substance use disorder include: 4,9

If you are struggling with an addiction to hallucinogens, alcohol, or other drugs and looking for rehab near Miami, Recovery First Treatment Center can help. Our admissions navigators can help you find the right treatment program and walk you through the process, so you can focus on recovery . 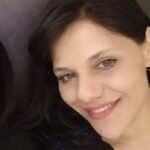 Nadia Matta, MSW
Writer
Nadia Matta received her Master of Social Work degree from The University of Michigan in Ann Arbor. During her first … Read More
Read Our Editorial Policy