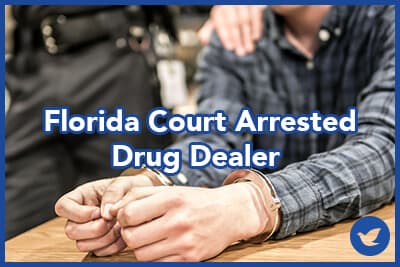 A few months ago, Attorney General Jeff Sessions came to Florida and met with prosecutors, urging them to apply the death penalty whenever possible when dealing with drug dealers. The idea behind this was that if a drug dealer could be linked to an overdose death caused by their product, then they were in fact murderers under the law and should be treated as such in court proceedings.

Fast forward to this month, and Hillsborough County is putting this concept into practice. Working together with the U.S. Attorney’s Office, detectives charged a 22-year-old drug dealer with distribution of fentanyl resulting in death, a federal charge. The mandatory penalty for this charge is life in federal prison.

Do you think this is an appropriate legal response?

This is the first case in which someone has been charged with the distribution of fentanyl resulting in death, and for those who support this attempt to get the drug epidemic in the United States in check, it has been too long in coming. Supporters say that there are a number of benefits to connecting drug overdose deaths and life sentences or even the death penalty for those who played a role in that overdose, including:

Ultimately, the idea is that if the penalty for drug sales is steep enough, it will stop people from dealing, removing these substances from the market or significantly limiting their supply. This would then theoretically encourage those living with addiction to get the help they need when they can’t get the drugs they want.

Others look at the increased and harsh penalties for any drug-related crime and see a replay of the so-called “War on Drugs” that was launched in the 1970s by President Richard Nixon. Over the next 20–30 years, naysayers point out that the problems associated with drugs continued and increased, and new problems compounded the issues, including:

In short, those against the proposition would say that this 22-year-old drug dealer’s life will be ruined based on a single mistake. He will have no chance of rehabilitation or access to the mental health and drug addiction treatment that might save his life, literally and figuratively, and give him the opportunity to give back to the community he once harmed.

Those who support this man’s lifelong incarceration in response to the part he played in the drug overdose victim’s death would say that locking him up will save countless lives of those on the street who are living with an addiction and save their families as well.

Where Do You Stand?

For most people, the decision on how best to deal with drug dealers and drug traffickers in the courts is significantly impacted by their personal experience with addiction and overdose. Those who have lost a loved one to overdose may find great relief in the notion that the person who contributed to the death of their family member will suffer for their choices as much as they are suffering from the loss. Those who have loved someone who turned to criminal behaviors, including drug sales, in an effort to manage their use of drugs may wish for lighter sentences and the hope that it brings for their families.

Unfortunately, no conviction will remove the pain of loss of a loved one, and prison terms, no matter how long, will not repair the underlying issues driving the choice to sell drugs and put the lives of others at risk. For those who are driven by addiction or who have substance abuse issues in response to grief, the best possible path forward is through comprehensive drug addiction treatment that includes treatment for co-occurring mental health issues if necessary.

Do you or your loved one need treatment to begin the process of moving forward in life and away from the consequences of addiction? Is now the time to find out more about available treatment services for you and your family?