The final numbers are in for overdose deaths in 2022 and they are quite gruesome. However, there have also been a number of harm-reduction strategies put in place and hopefully, we will see a drop in deaths in 2023. Read on to learn more about the current statistics and what is being done in the U.S. to stop the number of overdose deaths from increasing even more.

Data released by the Centers for Disease Control and Prevention (CDC) on the 1st of January 2023 showed a staggering 101,552 people died in the United States from a drug overdose between the months of August 2021 and August 2022. And the harrowing truth is that the number of deaths caused by drug overdoses in the United States per year has more than doubled since 2015. 1

In Florida alone, overdose deaths have increased more than 100% in the last 7 years. March 2022 saw the highest overdose deaths in Florida in a 12-month period at 8,250 overdose deaths.1 Broward County, Florida near Miami was recently identified as a hotspot for opioid-related emergencies.

What is the driving force behind the staggering number of deaths? Fentanyl and fentanyl-laced drugs. Counterfeit pills and drugs, sold illegally on the street, containing fentanyl are the cause of many of those overdose deaths. The Drug Enforcement Administration (DEA) seized the largest quantity of illicit fentanyl to date in 2022. 2

If you suspect someone is suffering from a fentanyl overdose the most important step is to call 911 right away so that the person can receive immediate medical attention. Upon arrival, medical personnel will likely administer naloxone (a life-saving medication that can reverse an opioid overdose) if they suspect fentanyl is involved.3

Signs and symptoms of a fentanyl overdose include:

According to the CDC, over 150 people die every day from synthetic opioid (most commonly fentanyl) related overdoses.3 If you suspect someone is overdosing, call 911 immediately. Your actions may save their life.

Although 2022 was a devastating year for overdose deaths, it also brought many positive changes including:2

Recovery First Treatment Center is an alcohol & drug rehab in the Miami-Ft. Lauderdale area that provides life-saving treatment for opioid addiction. By offering medical detox, inpatient/residential rehab, outpatient treatment, and other specialized addiction treatment programs, patients can get the right treatment to kickstart their recovery.

Reach out to our admissions navigators available 24/7 at for confidential assistance. 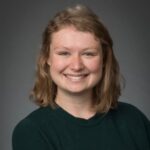 detoxDrug rehab in Floridafamily & loved onesopiateoxycodone
Prefer getting help via text?
We're available 24/7 via text message. Signup below for access to our team when its convenient for you!
and many more...
Find Help & ResourcesBrowse 100s of informative articles and get help.