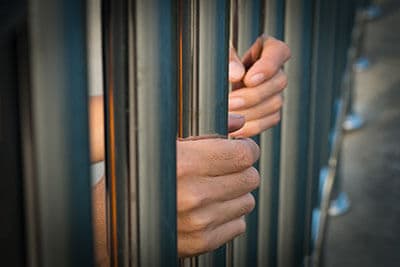 Maurice Talley was convicted of first-degree murder after shooting Roger Glen in the head over a $10 drug debt. Talley had been pushing Glen to pay the debt and had argued over the issue a few hours prior to the shooting. Talley reportedly went back to Glen’s apartment later and shot him when he opened the door. Talley was convicted of first-degree murder and sentenced to life in prison.

Objectively speaking, most would agree that this was an overreaction to a relatively small stimulus, but other than the owed $10, there is little information about the why and how of the event. Was Talley struggling with his own addiction issues? What prior convictions, if any, did he have leading up to the event? How could authority figures – case workers, doctors, parole or probation officers, and others – have identified the need for addiction treatment and/or mental health treatment and saved the life of Glen as well as the quality of life of Talley?

Though shooting a man in the head over a $10 drug debt is an extreme example, one of the red flags of a problem with drugs and alcohol is impulsive behavior. This can include:

In fact, the compulsive use of drugs and alcohol despite unavoidable negative consequences is in itself one of the signs of a serious substance use disorder. Further, an inability to manage those compulsions and moderate behavior without assistance by either limiting drug use or behaviors under the influence is a clear indication that treatment is needed.

The first step in managing a substance use disorder is to identify that use of drugs and alcohol is a significant factor in the problems experienced. Whether it is constant arguments with friends or neighbors, business deals that go sour, low energy, physical health problems, high anxiety and stress levels, or a combination thereof, if chronic drug and alcohol use is happening, these problems will be far worse than they would be otherwise.

If at the beginning stages of drug use or if it feels that use of substances is manageable, the first step is to try it on your own. Many attempt to cut out the use of all substances or otherwise moderate their use of drugs and alcohol with the goal of limiting negative consequences. If this is successful, treatment is unnecessary, but many find that they struggle with:

If Change Is Not Possible Alone…

Chronic use of drugs and alcohol can lead to addiction, a disorder that modifies brain structure, which in turn inhibits the ability to moderate behavior. If you find that you are unable to alter your behaviors with substances of abuse despite a desire to change, you are not alone. Many face this obstacle because it is the nature of the disease – a medical disorder that requires medical treatment.

In the event that co-occurring mental health disorders or symptoms are also part of the equation, it is essential that treatment includes care to address those issues as well. No one is expected to magically overcome these serious disorders on their own – and that includes you. Rather, you can seek out a treatment program that offers:

Begin your journey toward a new life in recovery today. Call Recovery First to discuss your options in treatment.