What Is Grey Death?

As the opioid epidemic has widened its grip on America and elsewhere, the nation has also seen a rise in new types of highly potent illicit opioid drugs. Grey death is one of these new drugs that has gained recent attention.

Read on for more information about grey death, the extreme risks associated with its use, and how to get help if you or someone you love has developed an opioid addiction.

What Is Grey Death? 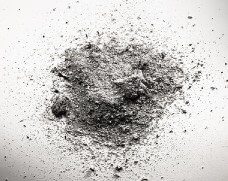 Grey death is a very potent, dangerous illicit drug that contains a mixture of several synthetic opioids. The street drug is called grey death in part because it is grey, although medical researchers do not know exactly what makes the drug that color. It can be distinguished from other powdered forms of illicit opioids because it looks like concrete or pavement.

There is no standard mixture of opioids in grey death, but the drug may include:

Grey death may also contain cocaine, crystal meth, or powdered additives. Because the ingredients are always unpredictable and contain some of the most potent opioids available through lab manufacture, dosing, or monitoring individual doses, is virtually impossible. 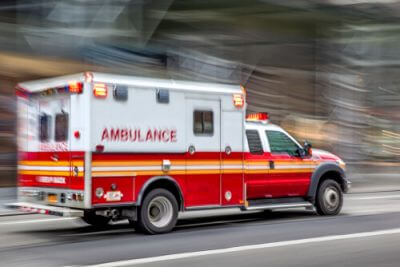 The risk of death or serious harm from misusing opioid drugs like grey death is high.

Signs of an opioid overdose include:

An overdose is an emergency. It is extremely important to call 911 if someone is suffering from an opioid overdose, especially on a potent and deadly mixture like grey death.

The Spread of Grey Death in the U.S. & Canada

The drug appeared first in the Atlanta metro area in 2012, according to the Georgia Bureau of Investigation (GBI). It may have started as a slightly different mix of drugs, not primarily focused on opioids, but that changed rapidly due to America’s opioid addiction and overdose epidemic.

One of the earliest overdose reports came from Georgia, where a woman overdosed on the mixture in February 2016. The following year, the state saw 22 overdoses and 17 overdose deaths.

Grey death has also been found in Alabama, Ohio, Pennsylvania, and other states, as well as Canada.

People who use grey death are not the only ones at risk. The presence of fentanyl, carfentanil, and a variety of other equally potent opioids in drug seizures also puts first responders at risk.

How to Get Help for Opioid Addiction

Grey death is an extremely dangerous invention of the opioid epidemic. If you, or someone you love, is struggling with opioid addiction, we can help you begin the path to recovery.

Opioid addiction is treatable. At Recovery First Treatment Center, we offer different types of rehab that help people battling addiction to opioid, alcohol, and other substances.

Through a combination of evidence-based therapies, including treatment medications (as needed), people can develop a better understanding of their addiction, coping and relapse prevention skills, support systems, and more.

To learn more about our programs, using insurance to pay for rehab, or start the admissions process, contact us at today.

Prefer getting help via text?
We're available 24/7 via text message. Signup below for access to our team when its convenient for you!
and many more...
✕
Instantly Check Your Insurance Coverage
Your information is safe & secure
At Recovery First, we accept most types of private (non-government) insurance and offer a variety of payment options.
You can quickly and privately check your insurance benefits to see if you're covered for addiction treatment services. We’ll be able to tell you if your provider is in network with Recovery First Treatment Center and all American Addiction Centers locations.
This means your treatment may be FREE1 depending on your policy, copay, and deductible.
Next Steps & ResourcesFind recovery resources and treatment info.