How Long Does Benzo Withdrawal Last?

Several factors affect the length and intensity of the withdrawal process from benzodiazepines:

Those who have taken benzodiazepines for longer periods of time, or who have been taking higher doses, will feel more intense symptoms of withdrawal. The actual dosage of the drug taken regularly has the biggest effect on the timeline of the withdrawal process, according to the Food and Drug Administration. In one study, patients taking 4 mg per day or more of Xanax had significantly more difficulty detoxing from the drug than those taking less than 4 mg per day. About 7-29 percent of those taking more than 4 mg were unable to completely taper off Xanax. 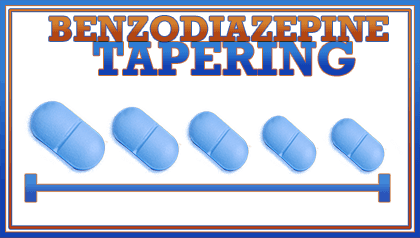 Since benzodiazepines can lead to life-threatening withdrawal symptoms, a tapered approach is generally employed during detox. Individuals do not stop taking the medication suddenly; instead, they are slowly tapered off the medication over a period of weeks or months under medical supervision. In some instances, if the person has been taking or abusing short-acting benzos, they may be switched to a long-acting benzo and then tapered off that medication.

People withdrawing from benzodiazepines may experience what is known as a rebound effect. This is when the symptoms the benzodiazepines were initially intended to treat, such as anxiety, re-occur, often more intensely, during withdrawal. If there is a strong rebound effect, the tapering process can be slowed.

Since there is so much variation in the benzo withdrawal timeline, treatment professionals can give individual clients a better idea of what to expect during the detox process. The treatment team will consider the individual’s physical composition, history of benzodiazepine use, as well as any other related factors (e.g., polydrug abuse, mental health issues, past treatment attempts, etc.). After that assessment, the team will be able to give a better estimate of how long the withdrawal process might take. This estimate may change as the client progresses through detox and treatment, as care should always be adaptable according to individual progress.

benzodiazepinesdetox
Help is a Phone Call Away
Please don't suffer with substance abuse thinking no one cares. We care and want to help you get back to the life you deserve.
Are you covered for addiction treatment? Find your insurance.
and many more...
✕
Instantly Check Your Insurance Coverage
Your information is safe & secure
At Recovery First, we accept most types of private (non-government) insurance and offer a variety of payment options.
You can quickly and privately check your insurance benefits to see if you're covered for addiction treatment services. We’ll be able to tell you if your provider is in network with Recovery First Treatment Center and all American Addiction Centers locations.
This means your treatment may be FREE1 depending on your policy, copay, and deductible.
Get the Info & Help You NeedWe're open across the US. Learn about your options.