The Dangers of Hiding Drugs in Body Cavities 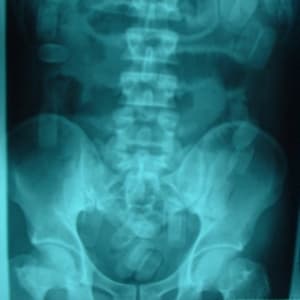 Smuggling drugs in body cavities is a practice that traffickers have employed with great success, defeating the security systems and screening processes of some of the most advanced detection agencies in the world. Arrests are regularly made where drugs or other contraband is found inside the rectum, colon, mouth, ears, vagina, penis, abdomen, and surgically implanted in other areas of the body. This poses a significant risk to the smuggler, as drug leakage, impactions, obstructions and other potentially life-threatening complications can arise as a result of smuggling illicit substances in body cavities.

The amount of body cavity smugglers that are caught each year is miniscule compared to the amount that actually make it through checkpoints, border crossings, prisons and other controlled areas. This is a worldwide problem of monstrous proportions, and smugglers generally fit within a certain demographic. A Wikipedia entry on “Balloon Swallower” states the following in regard to low-income and impoverished people being used to transport drugs:

“Nigerian drug lords have employed an army of “swallowers”, those who will swallow as many as 150 balloons and smuggle drugs into the United States.” (1)

Other cases of desperate smuggling attempts include a woman who was arrested in Pennsylvania with 54 bags of heroin, prescription drugs and money hidden in her vagina. (2)

Smuggling drugs in body cavities is extremely dangerous despite improvements in clandestine packaging techniques over the last 2 decades; primarily stronger and more durable plastics and advances in condom technology. Condoms are the preferred method of ingesting drugs to hide in the abdomen and for insertion into the colon or vagina. Additionally, condoms can be used to store drugs that are hidden inside of surgically-created body cavities. However, if the condoms used leak the result can be fatal for the smuggler.

According to the Eastern Mediterranean Health Journal,

“Body packers may come to the emergency room with symptoms of intestinal obstruction, acute intoxication by drug leakage, or both. These life-threatening, and in the case of cocaine packets, highly lethal, events . . .” (3)

In fact, in many criminal cases of body cavity drug smuggling, it was the smuggler who self-reported to the hospital or authorities because of complications after ingestion or insertion.

Even if the condoms or other packaging remain intact, the sheer weight and/or volume of the packages swallowed or inserted can create dangerous obstructions that may require emergency surgery. These can include stomach and intestinal obstructions, torsion and even ruptures, severe colon impaction, and potential for toxicity in response to latex or other types of packaging.

Despite these severe health risks, drug smuggling remains rampant, and the use of body cavities is increasingly more common in this type of trafficking. This is primarily because smugglers often come from the most disadvantaged sections of society and the rewards are simply too great to seriously consider the risks. For instance, in an article by Laurie Junkins discussing the smuggling of drugs in prison, she writes;

“Because drugs in prison can bring up to ten times as much as street value, the motivation to deal is extremely high. One official in East Jersey State Prison estimates an inmate can earn as much as $7,000 per week dealing heroin inside.” (4)

For people with few options, it’s easy to see why drug smuggling is appealing.

If the health risks of smuggling drugs in body cavities aren’t enough to deter a person, the legal and financial consequences should be. A person’s life can be completely and forever ruined with one single smuggling event, as federal laws in this regard are very strict.  For many smugglers, the punishment is twofold: serious medical complications that lead to getting caught and imprisoned.  But for those in the throes of drug addiction or desperate poverty, the allure of quick cash now often obscures long term judgment, and as a result American prisons are overflowing with non-violent drug offenders.

Of course, prison is only a worry for the body packers that survive to face charges.