Heroin is a very addictive drug made from morphine that is sold either as a white powder or as a brown sticky substance (black tar heroin). An illicit opioid drug, heroin enters the brain quickly and binds to opioid receptors to cause an immediate and intensely euphoric high.1 Heroin’s action on the body’s opioid receptors also reduces feelings of pain and slows vital functions like breathing and the heart rate. 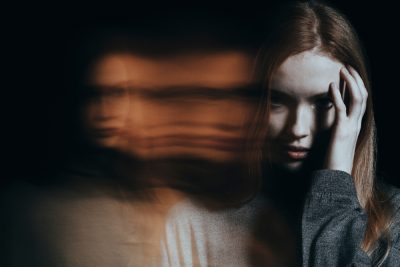 How Is Heroin Used?

Heroin use by any means is dangerous. In 2018, almost 15,000 people died in a heroin-related overdose in the United States.5

What Happens if You Snort Heroin?

People often snort heroin because it isn’t as scary as injecting or even smoking the drug.4  Some heroin users also believe they won’t become addicted to heroin if they stick to this method. This is a myth, of course; any heroin use, regardless of the method, may result in addiction. 4

Snorting or sniffing (intranasal delivery) may alleviate the fears of some heroin users over contracting HIV and other bloodborne diseases, a very serious risk of injection drug use.6 However, snorting the drug does not fully eliminate this risk because heroin use by any means is linked to a greater likelihood of engaging in risky behaviors, including unsafe sex.7

Snorting the drug also has its own inherent health risks. Regular intranasal use of this drug can result in damage to the nasal tissues.1 Those who snort heroin may experience:8

Snorting may quickly progress to injection use as a user gains a greater tolerance to the effects of the drug and looks for a better high.4,6 Some users will engage in both snorting and injection use. For example, some individuals may snort their heroin prior to injecting it as a way of informally testing it to determine its strength or ingredients. 6

Signs a Person is Snorting Heroin

While snorting heroin doesn’t leave telltale track marks on the arms, there are still ways to tell if a person has been using heroin intranasally. Apart from the general signs of heroin abuse, regularly snorting heroin may lead to noticeable physical changes including:9

While little paraphernalia is needed to snort heroin, there are some items that may indicate a person is engaging in the practice, including:9,10

What Happens if You Smoke Heroin? 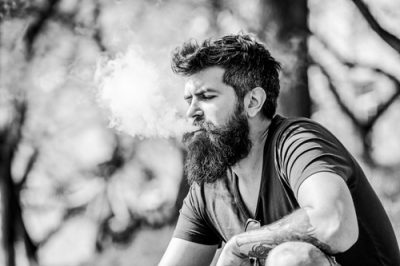 Smoking, like snorting, is a method of use often chosen by new heroin users to avoid injection use.4 While some people believe smoking to be less dangerous or addictive, smoking delivers heroin to the brain rapidly, can result in addiction, and is associated with many health risks.11

Smoking heroin is linked to respiratory health problems. One study of more than 750 heroin smokers found that most suffered from chronic obstructive pulmonary disease (COPD) or a combination of COPD and asthma.12 The prevalence of COPD in heroin smokers is also much higher than the COPD prevalence among regular tobacco smokers.13

Other respiratory issues that may arise from consistent inhalation (smoking) of heroin include:12,14

Signs Someone is Smoking Heroin

A person who smokes heroin may show physical signs such as sores on their lips or burn marks on their mouth and/or fingers. They may also cough or hack persistently.9

Heroin smokers may also leave certain paraphernalia lying around. You may find one or more of the following in places they spend time:9

Injecting, or shooting, heroin often represents a serious progression of drug use, since a large portion of new heroin users start with snorting or smoking.4 Injection is a very efficient way to deliver the drug into the system, so users chasing a high they can no longer achieve via other means may “graduate” to shooting up—a practice rife with risks.4

Research indicates that, compared to other methods of use, injection drug use is linked to more severe substance abuse-related problems including higher rates of:2

HIV and Other Disease Transmission

One of the most well-known, and most frightening, risks of injecting heroin is the risk of contracting HIV or viral hepatitis. Sharing needles or other injection equipment may result in the transfer of blood (and the diseases it carries) to another user.15 The risky behaviors associated with drug use and addiction, such as unsafe sex, only add to this danger.15

Per the Centers for Disease Control and Prevention (CDC), an HIV-negative person has a 1 in 160 chance of getting HIV each time they share a needle with an HIV-positive person.15 One in every 10 new HIV diagnoses occurs in an injection drug user.15

Other Health Effects of Injecting Heroin

The risks of injection drug use go beyond the risk of bloodborne disease transmission. Shooting heroin may cause:1,17–20

Injecting heroin may also increase the risk of deadly overdose, though overdose is a risk any time a person uses heroin, regardless of the method.21,22 The risk of overdose is very high when the drug is cut with another substance such as fentanyl, which often occurs without the user’s knowledge.15,23

Signs a Person is Injection Heroin

If you suspect someone you love may be shooting up, watch for the following:9

Also be on the lookout for odd behaviors such as wearing long sleeves even in very hot weather.9

Recovery First Treatment Center offers the programs needed to begin building a life in recovery. We offer various levels of care from medical detox to help alleviate the discomfort of withdrawal to inpatient rehab and outpatient programs. To learn about our heroin rehab treatment program in Florida and all of our facility’s features and amenities, call us at to speak to an admissions navigator today.

heroininjectionopiateOpioidssnorting
Prefer getting help via text?
We're available 24/7 via text message. Signup below for access to our team when its convenient for you!
and many more...
✕
Instantly Check Your Insurance Coverage
Your information is safe & secure
At Recovery First, we accept most types of private (non-government) insurance and offer a variety of payment options.
You can quickly and privately check your insurance benefits to see if you're covered for addiction treatment services. We’ll be able to tell you if your provider is in network with Recovery First Treatment Center and all American Addiction Centers locations.
This means your treatment may be FREE1 depending on your policy, copay, and deductible.
Next Steps & ResourcesFind help & resources or learn more about Recovery First.