Walk the Walk, Talk the Talk for Opioid Addiction Awareness

She’s not only walking the walk, but also talking the talk.

According to a news clip on WPTV West Palm Beach, Jessie Grieb, a young woman from South Carolina, is doing both. On a self-proclaimed mission, she is on the path – literally and figuratively – to enhance awareness about opioid addiction. And she is racking up many miles to highlight the devastation that can befall those in the grips of this scourge.

A local reporter caught up with Jessie in South Florida recently. When they met, she had covered about 2,000 miles by foot. Calling her trek the “East Coast Overdose Awareness Walk,” Jessie started her journey on July 23, 2018. Since then, she has averaged 15 to 20 miles per day on the route from the Canadian border in Maine to Key West.

That’s the walk. The talk involves speaking at events and to groups along the way. For example, she addressed a seminar at Palm Beach State College. Jessie is well equipped to engage and inform audiences. She has firsthand experience with opioid addiction. She’s lucky that she achieved recovery. Her brother and her boyfriend didn’t. They overdosed and died.

Those tragedies set her plan and her feet in motion. She took inspiration from a friend’s walk across country for the same purpose. Jessie chose instead to focus on the Eastern seaboard. The latter portion of her course holds special significance for her. For south Florida is where she lived for five years to receive substance abuse treatment in rehab centers and stay in halfway houses. So did the ones she loved, who fell victims to their struggles and departed the world within a month of each other.

Jessie is walking to honor those she lost to opioids and to heal. She’s also sharing her own story and hoping to inspire those in need to seek help.

Quick Dip into the Data

Statistics from the Centers for Disease Control and Prevention (CDC) show an alarming trend. From 1999 to 2017, drug overdoses took the lives of more than 700,000 people in the U.S. During that period, opioids were responsible for almost 400,000 deaths; and that involved both prescription and illicit opioids. In the last decade alone, the number of deaths from drug overdoses rose dramatically. How much? Twofold. In 2017, more than 70,200 Americans succumbed to overdoses from opioids. That amount is six times higher than in 1999. What accounted for the steepest increases? Fentanyl and fentanyl synthetic narcotics.

On average, 130 people in this country die every day from opioid overdoses. The CDC refers to the problem as “an epidemic.” The data shows this crisis affects both genders. Overall, however, more males have died from drug overdoses than women.

Drawing attention to this issue, as our hero Jessie strives to do, is the 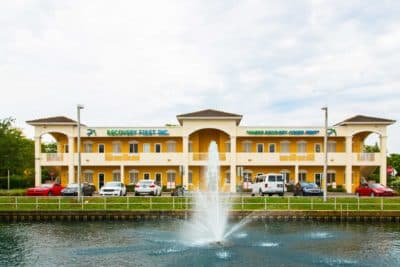 first step toward a solution. Accessing treatment services comes next. There are many options available in the south Florida area for those suffering from substance abuse. Recovery First, which proudly bears the gold seal of approval from The Joint Commission, has a facility in Hollywood. We offer a full continuum of care, including medical detox, residential treatment, a partial hospital program, intensive outpatient programs, and sober living program. Our focus is on customized treatment based on a person’s needs.

Visit the admissions tab on our website to get help for yourself or a loved one.

Sherry M. Adler
Contributor
Sherry M. Adler covers a wide range of industries and topics as a freelance writer. She has a passion for her craft and the world at large. Dedicated … Read More
Read Our Editorial Policy

opiate
Prefer getting help via text?
We're available 24/7 via text message. Signup below for access to our team when its convenient for you!
and many more...
Find Help & ResourcesBrowse 100s of informative articles and get help.