This list of addiction movies, alcoholism movies, and movies about recovery contains over 30 films about the lives and times of those battling alcoholism or drug addiction.

Be aware that some depictions of alcohol use disorders (AUDs) or substance use disorders (SUDs) are graphic and may cause a potential relapse trigger. The following films are not meant to glorify such disorders, but rather should serve as lessons and reminders of our own recovery. Guidance and support while reviewing the films are strongly recommended.

If you or a loved one is struggling with an AUD or a SUD, please don’t hesitate to reach out for help. Recovery First, an American Addiction Centers’ treatment facility, provides 24-hour medical detox, residential and outpatient treatment, and aftercare planning. Please contact one of our admissions navigators at to get the help you need today!

Addiction Movies from the 2010s

Salesman and alcoholic Nick Halsey (Will Ferrell) relapses, gets fired from his job of 16 years, and ends up losing his wife. In an attempt to start over, he holds a yard sale on his front lawn. A new neighbor might prove to be the answer that turns his life around.

Based on the story of Micky Ward, an inexperienced boxer aims to evade his more famous older boxing brother’s limelight in order to find his own way to shine. Micky (Mark Wahlberg) is a welterweight boxer managed by his mother Alice (Melissa Leo) and trained by his more successful half-brother Dicky (Christian Bale). Along the way, Dicky gets addicted to cocaine and is hoping that the HBO documentary on his life turns into his “comeback.” 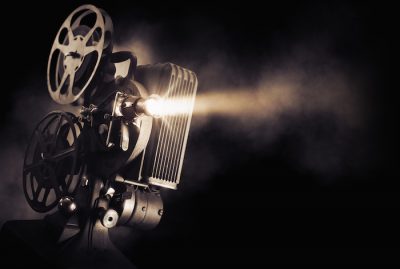 An alcoholic, drug-using airline pilot (Denzel Washington) saves nearly all of his passengers on a malfunctioning airliner, but an investigation into the accident questions his decisions and his use of substances before and during the flight.

A pro baseball player with an alcohol use disorder (AUD) is involuntarily placed in a rehab program in his hometown of Oklahoma. He’s able to face the demons of his past in order to find the hope he needs in the present to move forward with his life. He then puts his energies into coaching a misfit Little League team.

A successful musician (Bradley Cooper) helps a young, female singer (Lady Gaga) to get discovered as his age and battle with alcoholism create barriers to his own career and the industry that he’s grown accustomed to.

This is the inspiring and moving story of relapse and recovery in a family that has been riddled with addiction for years, and is based on the best-selling memoirs written by father and son David and Nic Sheff.

A teenage boy addicted to drugs shows up unannounced at his family’s home on Christmas Eve.

A woman discovers that her brother has relapsed on heroin.

Addiction Movies from the 2000s

Newspaper columnist Gwen Cummings borrows the limo at her sister’s wedding and crashes it while on her cell trying to find a replacement cake for the one she’s ruined. She is then given the option to go to jail or to spend 28 days in a drug and alcohol treatment program.

The story tells the experiences of four people struggling with addiction through the lens of their drug-induced utopias. 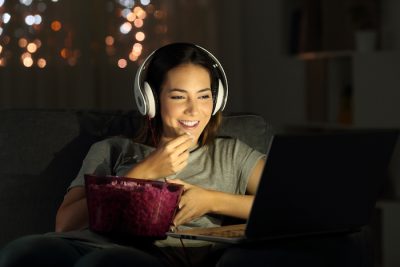 The stories of two DEA agents protecting an informant and a jailed drug baron’s wife collide with the story of a conservative judge who gets appointed by the U.S. President for the purpose of taking on the war on drugs, only to find out the judge’s daughter is addicted to cocaine.

A 13-year old girl discovers sex, drugs, and crime while hanging out with her cool, but disturbed best friend.

This is the story of the life and career of rhythm and blues musician Ray Charles. Witnessing the drowning of his younger brother and then going blind himself at age seven didn’t stop Ray from being tenacious enough to go after what he wants. This is a virtue that his mother instilled within him. From what started off as a humble and challenging life in the south turned into legendary stardom in the 1950s and 1960s for the singer, but ultimately led to his death from liver disease after his battle with drugs and alcohol.

Author Charles Bukowski creates his fictional alter-ego that wanders the City of Angles hustling for jobs that won’t get in the way of his true love–writing. In the process, he battles distractions from drinking, gambling, and women.

A has-been country musician and alcoholic is forced to look at his own dysfunctional life of failed marriages and his estranged relationship with his son who is nearly 30 years-old.

Addiction Movies from the 1990s

Two small-town police officers go undercover to catch a leading drug dealer, but are drawn into drug culture and risk compromising their assignment.

A self-destructive woman named Betty meets a middle-aged alcoholic who makes the decision to take care of her. Along the way, Betty shares the stories of her materialistic life, her unhappy marriage, and moments of her promiscuous indiscretions.

The story follows the marital relationship between a woman battling an alcohol use disorder (AUD) and her husband who is tirelessly doing his best to help her, all while managing their careers and two daughters.

A hunger for heroin and cocaine attempt to derail a teenager’s dream of becoming a basketball star.

Drunks centers on an AA meeting where a reflective man named Jim talks about his problems after remaining silent for the last seven months. He then leaves the meeting, and as he walks the streets lost in his own thoughts, the group continues, and the stories from the formerly drunken lives of its members are interlaced with memories of Jim’s past.

A Hollywood screenwriter battling an alcohol use disorder (AUD) loses everything and ventures to Las Vegas with the plan to drink himself to death. While there, he forms an unlikely friendship with a prostitute, and they make a pact to not interfere in each other’s choices and lives regardless of how reckless they may be. 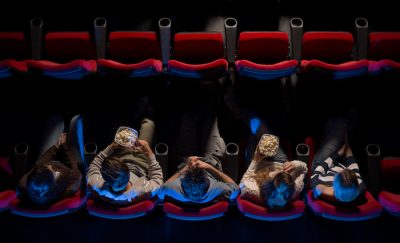 A heroin addict immersed in the drug scene, attempts to get clean and get out of this dangerous world, despite the draw and temptation from the influence of friends.

This is the story of the top fashion model, Gia, whose rise to success in the late 1970s and early 1980s in the modeling industry was unquestionable, but short-lived. After the death of her agent, she spiraled down into a world of drugs and contracted HIV from sharing a needle containing infected blood, resulting in her own untimely death.

A comedy writer (Stiller) battles to overcome his substance use disorder (SUD) with heroin. He meets a woman unexpectedly at a job he hates, and checks into a motel with her where he shares stories of his life between rounds of sex and conversation.

Addiction Movies from the 1980’s

A washed-up alcoholic country singer marries a new wife, attempts to connect with his estranged daughter, and places his efforts into redeeming himself from past mistakes and bettering his life.

Based on the life of poet Charles Bukowski and his Hollywood adventures during the 1960s, 1970s, and 1980s, Barfly is about an alcoholic who lives in a crappy apartment and takes jobs of equal caliber who finds solace in sharing his feelings through short stories and poetry.

A college freshman returns home to Los Angeles for the holidays only to find life as he knows it to have changed completely. He discovers that his high school girlfriend and former best friend have not only been sleeping together, but are both addicted to drugs.

A successful real estate salesman checks himself into rehab for his cocaine addiction in order to escape his concerns over money he’s embezzled and from an unfortunate experience of waking up next to a woman whose suffered a heart attack from an overdose. In the end, he realizes that the rehab is exactly what he needs to get his life on track.

Lenny moves to sunny California to strike it rich with tax shelter investments. But when the tax laws change, Lenny and his wife lose $700,000. His friend introduces him to cocaine to give him the boost he needs during this low in his life. He then spirals out of control as he battles his drug addiction while attempting to regain some sense of normalcy.

A dope fiend named Bob and his entourage of drug addicts travel across 1971 Pacific Northwest to support their drug habits by robbing hospitals and pharmacies. After tragedy impacts the crew, Bob attempts to leave the drug life behind, but this proves to be harder than expected.

Based on the true events of World War I veteran and stockbroker William Griffith Wilson, the story illustrates how a small drinking problem evolves into a serious alcohol use disorder (AUD) after Wilson loses money in the 1929 stock market crash. His personal life and career are in shambles when he meets Dr. Robert Holbrook Smith who is also battling the same disorder. The two men form a support group that becomes known as Alcoholics Anonymous. 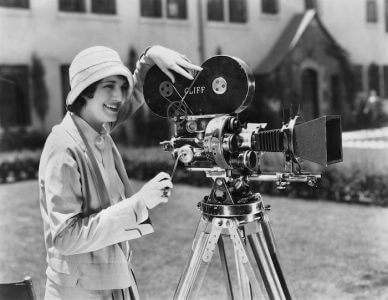 This story showcases the life of a chronic alcoholic through a four-day drinking stint spent with his brother and girlfriend.

Ex-football player and alcoholic, Brick Pollitt, drinks daily and ignores the needs of his wife. He reconnects with his father who is dying of cancer, and the two walk down memory lane and discover revelations they never knew existed.

An alcoholic meets and falls in love with a woman that happens to be a teetotaler. He introduces her to social drinking, and although reluctant at first, she enjoys the pleasure of inebriation. They get married and he systematically causes her to become addicted to alcohol so they can partake in his appetite for the bottle together.

The Rose chronicles alcoholic and former drug user Mary Rose Foster who not only battles the pressures of her career as a rock ‘n’ roll musician, but the demands of her brutal business manager and addiction as well. 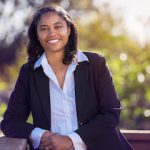