The Dangers of Xanax ‘Bars’ (aka ‘Zanies’ or ‘Planks’) 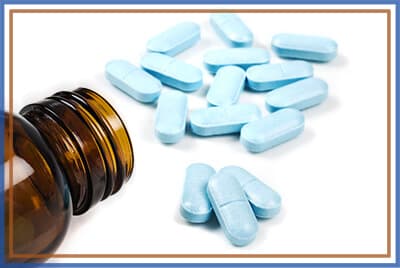 Xanax (generic name: alprazolam) is a common prescription medication of the benzodiazepine class that’s used to treat anxiety and panic disorders as well as nausea from chemotherapy. It was first released to the public in 1981 and soon became one of the top-selling prescription drugs in the US. Though very effective in the short-term, Xanax causes people to quickly develop a tolerance, meaning that they need to take higher and higher doses in order to get the same effect. At a certain point, a patient will need to be switched to another medication or form of treatment to avoid the temptation to take dangerously high doses.

This tolerance, along with other properties of the drug, also gives it a considerable addiction potential. One of the factors that make it addictive is the fact that it can cause a euphoric high if abused. Though people can become addicted to Xanax even if they’re taking it as directed and with a prescription, this is rare. Most people who become addicted to this drug take it recreationally or begin to abuse it after taking it for a medical condition for too long.

Unfortunately, due to the fact that benzodiazepines like Xanax were prescribed so often for so many years, the nation developed a serious problem with people abusing these drugs. Young people report taking prescription medications from their relative’s medicine cabinets or simply being given the drugs by friends or family members to take for fun. Others may lie to medical professionals in order to obtain Xanax without really needing it.

The ease of access and the fact that so many people believe that abusing prescription medications is much safer than abusing illicit drugs like cocaine or heroin resulted in a widespread epidemic of prescription drug abuse. In the US alone, 52 million people over the age of 12 have taken a prescription drug for a nonmedical reason. This in turn resulted in many cases of addiction and overdose, especially when serious abuse of Xanax is involved.

What Are Xanax ‘Bars’?

Bars, planks, and zanies are all slang terms for the highest dosage of Xanax pill. It comes in a long, thin white or yellow pill that can be divided into fourths. If taken all at once by an individual who has not developed a tolerance to the drug, it can cause an intense euphoric high followed by feelings of relaxation, severe drowsiness, and memory loss.

The reason these are so dangerous is due to the typical type of person who takes it for recreational purposes. It’s a popular drug among young people, including middle and high school students. People who are this young, and do not yet have fully developed bodies and brains, are more susceptible to overdose. Taking a bar of Xanax at this age is more likely to cause memory loss.

At the same time, the high caused by these pills often comes and goes very fast, typically in the space of 10-15 minutes. Because of this short high, users typically take more after the effects wear off. Due to this bingeing behavior combined with memory loss, it’s easy for an individual to forget that a pill has already been taken, resulting in that person doubling up on an already very high dose. This is how many Xanax overdoses happen.

Xanax overdose can be very dangerous. Like all benzodiazepines, Xanax is a central nervous system depressant. Depression of this part of the brain causes the heartbeat, respiratory system, and other essential body functions to slow. During an overdose of a depressant drug, breathing can slow to the point that not enough oxygen can reach the brain. This can result in rapid cell death, leading to brain damage, and coma, and it can eventually be fatal.

Signs of a Xanax overdose include:

Any time a person who has taken Xanax – especially in a very high dose – exhibits these signs, it should be considered a medical emergency. Deaths from overdose involving a benzodiazepine drug reached over 8,000 in 2014, according to the National Institute on Drug Abuse, so it’s important to take these cases seriously and be aware of the signs.

Addiction is a serious concern when it comes to drugs like Xanax. Even if overdose is avoided, long-term use of benzodiazepines has been linked to troublesome and sometimes permanent health effects, including possible brain damage. Unfortunately, once an addiction forms, it can be incredibly difficult to stop taking the drug, even if you understand how dangerous it is.

Addiction is classified as a chronic brain disease, and it is characterized by physical changes in the brain due to building a tolerance to the drug and the association that develops between taking the drug and the reward of the high. This is why quitting is so difficult for so many people; it has nothing to do with a person’s character or willpower. This is also why it’s so important to put effort into avoiding becoming addicted to a substance in the first place.

Not all drug abuse leads to addiction, but the longer and more extensive the abuse, the higher the chance that an addiction will develop. Due to the fact that abusing Xanax bars has become so popular with young people, it’s important for parents to understand the signs of this behavior. These can include:

As an addiction develops, afflicted individuals will find that they can no longer get through the day without the drug. In terms of prescription drugs, addicted persons may forge prescriptions or go to multiple doctors for prescriptions (“doctor shopping”) in order to satisfy their cravings. Studies have found that anywhere from 6.3 percent to 56 percent of patients engage in this behavior. In addition to this need for the drug, addiction to benzodiazepines comes with severe and sometimes dangerous withdrawal symptoms.
Many people aren’t aware that withdrawal symptoms can be dangerous. However, people have died from severe withdrawal from substances like alcohol and benzodiazepines. This typically happens to individuals who have been taking high doses of these medications for a long period of time, usually a year or more, and then stop taking the drug all at once instead of tapering off. However, severe symptoms can emerge even after a small dose reduction.

The most dangerous symptoms are psychosis, suicidal ideation, and seizures. Benzodiazepines are also known for causing protracted withdrawal symptoms that can last for months or years. This is particularly true for the anxiety symptoms. It’s common for individuals coming off a drug like Xanax to experience “rebound anxiety,” which is anxiety that is more severe than it was before the individual started taking the medication. This can then last for months and may require another form of treatment to control.

The fact that withdrawal symptoms from Xanax can be deadly makes addiction to the drug all the more dangerous. Any individuals who suspect they may be addicted to Xanax or another benzodiazepine should seek out addiction treatment as soon as they can.

Fortunately, there are many treatment centers for all types of addictions across the nation. When it comes to prescription drugs, a medical professional will very likely recommend that an addicted person goes through a tapering program in which the doctor reduces the dose of the drug every couple weeks. This typically reduces the severity of the withdrawal symptoms and cravings. This process can take place during a rehabilitation program.

Rehab programs come in two basic varieties: inpatient and outpatient. For severe cases, addiction specialists may recommend an inpatient rehab program where clients can stay during the entire extent of the treatment. These individuals are kept in a facility where only doctor-approved medications are allowed, eliminating temptation and allowing clients to have constant access to medical professionals and counselors.

Outpatient programs allow clients to stay at home and come into the treatment center a few times per week. This is a much more flexible option that’s useful for individuals who can’t take a significant amount of time off work or who need to stay home with their children. These programs have the same options for therapy, support groups, and workshops as inpatient programs, but they may also include drug tests to ensure clients are staying on track.

Recovery First may be right for you if you are looking for a drug rehab center near Miami, Florida. Call us today to learn more about Recovery First, or our other rehab facilities across the United States as well.

benzodiazepinesprescriptionxanax
Prefer getting help via text?
We're available 24/7 via text message. Signup below for access to our team when its convenient for you!
and many more...
✕
Instantly Check Your Insurance Coverage
Your information is safe & secure
At Recovery First, we accept most types of private (non-government) insurance and offer a variety of payment options.
You can quickly and privately check your insurance benefits to see if you're covered for addiction treatment services. We’ll be able to tell you if your provider is in network with Recovery First Treatment Center and all American Addiction Centers locations.
This means your treatment may be FREE1 depending on your policy, copay, and deductible.
Next Steps & ResourcesFind help & resources or learn more about Recovery First.