The Difference between Klonopin And Xanax

At first glance, Klonopin (clonazepam) and Xanax (alprazolam) are extremely similar. They are both members of the benzodiazepine family, central nervous system depressants, and anxiolytics, which means they are most often used to treat anxiety or panic attacks.

Both Klonopin and Xanax affect the brain in the same way by increasing gamma-aminobutyric acid (GABA) in the brain. This increase helps the body and brain slow down by reducing the amount of activity in the part of the brain that controls emotions and rational thought. The two drugs can also cause individuals to experience similar side effects, such as:

Even though Klonopin and Xanax seem similar, they do have a list of qualities that set them apart, such as:

What’s the Duration and Half-Life of Klonopin and Xanax? 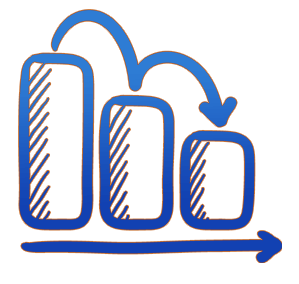 Klonopin and Xanax are on opposite ends of the spectrum when it comes to how long each drug stays in the body. Per the University of Lausanne, the half-life of a drug is defined as the time it takes for half of the drug in the bloodstream to be eliminated. Similarly, the duration of action of a drug refers to the amount of time that it lasts in the body. Short-acting drugs usually have a short half-life, and vice versa. As a result, short-acting drugs are most likely to produce withdrawal symptoms more quickly.

Most medications, while listed for and marketed as treating certain diseases or conditions, can be used to decrease symptoms or treat other issues.

Klonopin is not only used to treat anxiety, but for other conditions, including the following, per Stanford School of Medicine:

Stanford lists the following as other uses for Xanax:

The American Academy of Family Physicians lists benzodiazepines as one of the drug classes often associated with drug abuse. This is due to multiple factors, including the fact that benzodiazepines are a controlled substance by the DEA, and they trigger the reward center in the brain. Benzodiazepines are generally Schedule IV drugs, which the DEA indicates as having a lower risk of abuse than drugs that are Schedule III (e.g., ketamine, Tylenol with codeine, etc.) but a higher risk of abuse than Schedule V medications, which contain only a small amount of narcotics.

Benzodiazepines are generally introduced into the drug trade by individuals who obtain multiple scripts for multiple doctors, forging their own prescriptions, or purchasing the drug from an online or overseas pharmacy. The DEA lists Xanax as one of the three top drugs introduced to the illicit market by an individual who obtains the drug legally.

Both Klonopin and Xanax are often abused recreationally, and in many instances, these drugs are mixed with other substances of abuse, such as alcohol. This practice is incredibly risky and can result in a life-threatening overdose. If you, or someone you love, have been abusing Klonopin, Xanax, or any other substance, help is available today.

benzodiazepinesklonopinprescriptionxanax
Prefer getting help via text?
We're available 24/7 via text message. Signup below for access to our team when its convenient for you!
and many more...
✕
Instantly Check Your Insurance Coverage
Your information is safe & secure
At Recovery First, we accept most types of private (non-government) insurance and offer a variety of payment options.
You can quickly and privately check your insurance benefits to see if you're covered for addiction treatment services. We’ll be able to tell you if your provider is in network with Recovery First Treatment Center and all American Addiction Centers locations.
This means your treatment may be FREE1 depending on your policy, copay, and deductible.
Next Steps & ResourcesFind help & resources or learn more about Recovery First.