Understanding How Suboxone is Abused

Suboxone is a prescription medication designed to treat people who struggle with opioid addiction, such as addictions to oxycodone or heroin. The medication is a mix of buprenorphine, a partial opioid agonist that works in a similar way as methadone, and naloxone, which alone can temporarily stop an overdose by blocking the effects of opioid drugs on the brain. 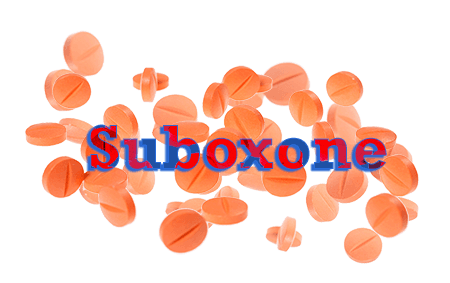 Buprenorphine by itself was approved by the Food and Drug Administration as a lower-risk alternative to methadone; this has allowed physicians to prescribe this medication out of their offices to patients who want to end their addiction to opioid drugs. In contrast, methadone requires very strict dosage supervision, and people who use methadone must visit special clinics to receive their dose in most cases. By adding naloxone to buprenorphine, pharmaceutical companies aimed to create a medication that has much less potential for abuse compared to methadone. Ideally, the naloxone component of Suboxone would prevent a person from crushing the medication to bypass the slow release of buprenorphine, then either snorting or injecting the drug. If a person abused Suboxone in this way, the naloxone would act to prevent the brain’s opioid receptors from receiving the buprenorphine, thereby sending the individual into withdrawal.

Suboxone, like methadone and buprenorphine by itself, reduces cravings for heroin or opioid prescription drugs, and eases both physical and psychological symptoms that people struggle with during withdrawal. Medications like Suboxone are important for people who are physically dependent on opioids, because the medications bind to opioid receptors in the brain, helping the brain release dopamine and keeping people feeling “normal.”

Some medical studies have shown that people who seek outpatient medication-assisted treatment (MAT) using Suboxone have had success rates of up to 60 percent, which is an improvement over success rates for methadone, the previous tapering treatment for people struggling with opioid addiction. Despite its success in treatment, since Suboxone was approved for prescription use by the FDA in 2002, there have been an increasing number of reports of abuse, addiction, dependence, and overdose involving this medication.

If a person becomes addicted to Suboxone, the symptoms may be similar to those of addiction to other opiates, like heroin or hydrocodone. These include:

Because buprenorphine is a partial opioid agonist and not a full agonist like heroin or oxycodone, these symptoms may be milder than with other opioid addictions.

If people become addicted to, or begin to abuse, Suboxone, they are more likely to suffer withdrawal symptoms because naloxone will prevent the person from taking too much Suboxone. Symptoms of Suboxone withdrawal are similar to those of opioid withdrawal.

In some rare cases, people withdrawing from Suboxone report hallucinations.

Although less likely than with buprenorphine alone, it is possible to overdose on Suboxone. The biggest concern involving any opioid overdose is depressed or stopped breathing. Buprenorphine will not depress breathing as much as other agonists like heroin, but there is still the possibility that breathing will dramatically slow or stop. This can lead to brain damage or death.

Suboxone was designed to prevent people taking this medication from being able to take too much and get high. However, people who receive prescriptions of Suboxone to overcome opioid addiction can, in some cases, abuse this drug. In other instances, people who have never taken an opioid before can abuse Suboxone recreationally by accessing a friend’s prescription.

Methadone abuse and addiction are fairly common in the US, with diversion of the drug leading to overdoses, especially in the northeastern US. According to a report from the National Drug Intelligence Center, in countries where Subutex/buprenorphine MAT is more common than methadone treatment, this medication is frequently diverted for illicit use as well. That report also stated that, now that the US has had Suboxone on the market for over a decade, instances of diversion for illicit use have been reported, particularly in the northeastern and Appalachian regions, which are also areas with high rates of opioid abuse, addiction, and dependence. Investigators found that snorting Suboxone from pill form, and in some cases, dissolving the film strips then injecting them, have allowed individuals to successfully bypass the naloxone component and get high on the buprenorphine.

NDIC noted in their report, however, that abusing Suboxone or becoming dependent on the drug seemed to have a stronger effect on individuals who used low doses of opioid drugs, rather than very high doses.

According to a report by The New York Times, Suboxone’s latest film strip form is especially vulnerable to abuse among the prison population, and has reportedly been smuggled inside Bibles and other unsuspecting paraphernalia. A prison in Whitley County, Kentucky – a state in which Suboxone abuse is particularly prevalent – randomly tested 50 inmates for Suboxone, which was not administered by the prison, and found 21 had the drug in their systems.

Another root of Suboxone’s abuse problems appear to involve some of the prescribing physicians. The NYT piece found that, across the nation, 1,350 buprenorphine-prescribing doctors, out of 12,780, have been sanctioned for offenses due to their past opioid-prescribing practices, especially for running “pill mills”. In another investigative piece, reported by the Courier-Journal of Louisville, KY, officials from the Kentucky Board of Medical Licensure stated that, as the state saw a reduction in pill mills that overprescribed painkillers, many of those doctors turned to opening buprenorphine- and Suboxone-prescribing clinics. The Courier-Journal’s analysis found that 14 percent of the overseeing physicians at these clinics had a history of disciplinary actions from the medical board. The Kentucky Board of Medical Licensure says that these new clinics are cash-only, with no required therapy or checkups after the Suboxone prescription is administered, which makes them very lucrative for prescribing doctors. In yet another recent journalism piece, WKYT reported that law enforcement officers were trying to stop physicians who could legally prescribe Suboxone from traveling around the state, doling out prescriptions in counties outside of their home clinic.

Although doctors who can prescribe Suboxone do not have to follow up very closely with their patients compared to methadone prescribing physicians, Suboxone’s success as part of MAT requires physician oversight. In unfortunate instances in which a doctor or therapist does not monitor a Suboxone patient, the person could relapse back into taking heroin or a prescription painkiller, or the person could find ways to abuse Suboxone. Some patients even sell Suboxone on the black market, which increases the problem of diversion leading to abuse.

Suboxone is designed to be a treatment to help people overcome opioid addictions. Abuse of and addiction to Suboxone is treated much like substance abuse issues related to other opiates. The best treatment involves consistent medical oversight. Whether this means intensive outpatient treatment or inpatient treatment, it is important for a person’s Suboxone dose to be monitored and then tapered down at an appropriate pace. Therapy must also be part of the overall recovery program, ensuring the issues that led to Suboxone abuse are adequately addressed. If you or someone you love are looking for drug addiction treatment centers in South Florida, then Recovery First may be right for you. Call us today at to learn more about our treatment offerings and therapy types.

matopiatesuboxone
Prefer getting help via text?
We're available 24/7 via text message. Signup below for access to our team when its convenient for you!
and many more...
Next Steps & ResourcesFind help & resources or learn more about Recovery First.