Codependency is a commonly used term that has multiple applications, though many people may not understand exactly what it means. Some use it to describe any romantic relationship between an addicted person and another individual, but not all relationships involving addiction have to be codependent, and codependent relationships can exist entirely outside of substance abuse.

A codependent relationship, at its core, is severely unbalanced. It involves one person taking a very passive, care taking role in the relationship or one person trying to control the other. Either way, it’s an unhealthy relationship that fosters resentment in one or both partners and tends to ultimately end in disaster.
Related Reading 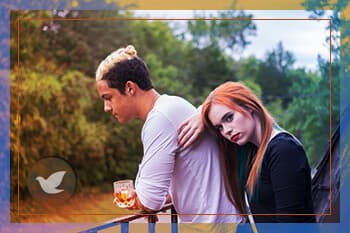 The “co” in codependency refers to the fact that both partners depend on the other excessively and can’t seem to function outside of a relationship. When an addiction is involved, this often takes the form of an addicted person needing someone to take care of them, whether financially, cleaning up after their messes, or bailing them out of trouble. At the same time, the non-addicted partner needs someone to take care of, whether to feel needed or because they are simply repeating a pattern learned in childhood.
Symptoms of a codependent relationship include:

While this kind of relationship appears to meet the needs of both partners, it’s ultimately destructive. One partner can’t be a caretaker for another in a healthy, adult romantic relationship. This not only leads to resentment, it’s a perfect environment for enabling the addicted person’s problem. This and the stress of an unhealthy relationship make recovery incredibly difficult.

Breaking out of a Codependent Relationship 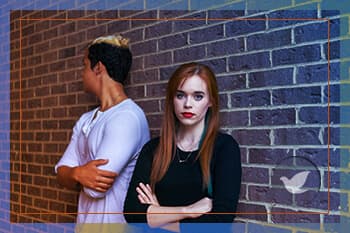 In a codependent relationship, it may appear as though the addicted individual is causing all of the problems, and the other partner is the victim. The truth is that both partners have mental health issues that need treatment before they can be in a truly healthy relationship. This is not a rare phenomenon; nearly one in five American adults experiences mental illness in a given year, according to the National Alliance on Mental Illness. Addiction is very hard to overcome without treatment, and people who end up in codependent relationships tend to do so again and again until the underlying problem drawing them into these toxic situations is resolved.

The key to leaving a codependent relationship is to stand firm in your decision. Your partner is likely to put up a fight as codependent people often feel they can’t live outside of the relationship. There may be emotional outbursts, accusations, and guilt. It can help to have a physical list of reasons for leaving in your hand to keep you resolute. It’s also a good idea to have a plan for a place to stay immediately after breaking the news to your partner. If they start to become overly emotional or abusive, turn around and leave. If necessary, the conversation can continue at another time.