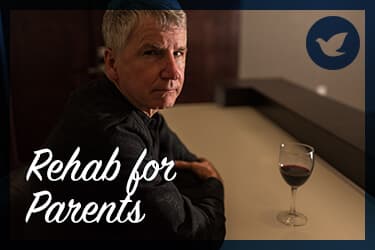 A Partnership for Drug-Free Kids reveals that 23 million Americans are currently addicted to alcohol or drugs. Many of these individuals are parents. In all cases, addiction doesn’t just affect the individual; it affects everyone around that person. In the cases of parents, the most substantial effects are often felt by their children.

How Common Is Parental Addiction? 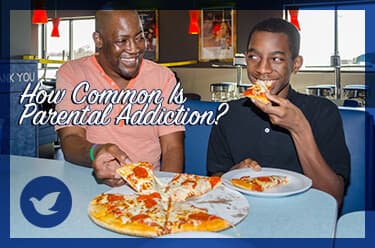 The National Council on Alcoholism and Drug Dependence states an estimated 26.8 million children are exposed to alcoholism in their family while 18 million individuals are addicted to alcohol in the US. It’s estimated 12 percent of children in the US live with a parent who has a drug or alcohol dependency or abuses alcohol or drugs, as noted by the Substance Abuse and Mental Health Services Administration (SAMHSA). In 2005, the National Survey on Drug Use and Health found that 8.3 million children who were under the age of 18 lived with at least one parent who abused or was addicted to a substance.

How Does Addiction Affect Children?

Children of parents who abuse drugs may be neglected or abused. The children may not be fed or bathed regularly, and the household may lack structure. Children might not have any rules, or the rules and associated consequences are inconsistent. In some instances, life at home can be loving, but in other cases, children may feel withdrawn, unsure, and may even blame themselves for the substance abuse. Sometimes, the problems at home radiate into the children’s school life.

How Can a Parent Get the Addiction Treatment They Need?

It can be difficult for a parent to get the addiction treatment needed, especially if the parent is the sole caregiver or the “breadwinner” for the family. However, the negatives alcohol and drug abuse have on children can lead to significant problems in the child’s life that continue into adulthood.

Research conducted on prison inmates shows many of them were abused as children and/or grew up in an environment where one or both of their parents abused a substance. Children who grow up in a home where at least one parent abuses a substance are 3-4 times more likely to developdrug or alcohol addiction themselves. These children are more likely to develop the following as well:

If a parent is suffering from an addiction issue, professional help is needed – both for the individual’s own health and for the health of the children. For some parents, an outpatient treatment program makes more sense, so they can remain in their own home with their children the majority of the time. In outpatient treatment, the person will attend rehab during the day a few times per week, though sometimes they will attend every day. Each night they will return home to their residence. Since there are different levels of outpatient treatment, some parents may participate in partial-day programs so they can pick their kids up from school every day.

In some instances, such as in cases of severe or long-term addictions, outpatient treatment may be insufficient. In an inpatient program, clients reside on site for the duration of the program, receiving 24-hour care and supervision. This is the most intensive level of treatment so it may be more appropriate for those who have completed outpatient treatment before and then relapsed. If a parent must attend residential treatment, other care will need to be arranged for their children. Generally, children won’t be able to visit their parent for at least the first week, allowing the parent time to focus on withdrawal and the very earliest stage of recovery. Most treatment programs will then incorporate children into the recovery process, such as via family therapy and family events.

Single parents may think there isn’t a way to attend an inpatient rehab since they have nobody to watch their children. On the other hand, they might fear losing their child if they check into an inpatient program. Though rare, some inpatient rehab programs allow parents to bring their child to stay with them during treatment. In some cases, the rehab center may have a daycare program to assist with those who don’t have anybody to watch their children. The facility might also be able to offer guidance to parents regarding other options for childcare.

Assistance with Repairing Relationships with Children

It’s vital that a parent realizes that a damaged relationship with a child isn’t always immediately mendable. It may take time for the child to learn to trust again and feel safe, so a parent needs to be understanding. While the parent should extend a hand to the child, they must recognize that the child might not respond positively right away.

Often, the parent just needs to start by being an actively involved parent. The parent must accept responsibility for the damage done to the relationship and take the necessary steps to change their behavior and repair that damage. The best way to do this is to maintain ongoing sobriety and work on their personal issues so they can be the best parent possible to their child.

Therapy is essential to repairing the parent-child relationship. In family therapy, children can feel comfortable expressing the hurt that the addiction has caused them, and this is often the first step to healing. Through gentle guidance by a therapist, lines of communication can be opened between the parent and child.

Treatment can help children realize that the addiction isn’t their fault. The parent can express that despite their past actions, they do really love the child, and they are working to get well so they can be a better parent to them. Ultimately, children can learn to feel safe again with the parent, and the work done in therapy can help to foster this growth. 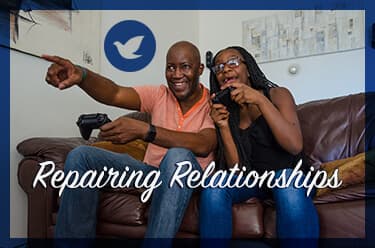 Often, younger children aren’t going to understand the complexity of addiction. Instead, younger children may be able to go through play therapy to help them come to terms with their feelings. Play therapy is a structured approach to therapy that helps children process feelings and communicate in an environment that’s suitable to their developmental level. This particular approach allows children, especially those who can’t verbally express their thoughts or feelings, to express what is bothering them. The parent may become involved in the play therapy at some point since the way a kid plays can signify an issue within the family. The therapist and parent will determine when it’s best to incorporate the parent into the child’s therapy sessions.

Parents who have abused drugs or alcohol from the time their children were little may greatly benefit from parenting skills classes. Parenting skills classes teach parents the basic skills necessary to raise a child in a healthy environment. Parents learn what children require to thrive and how to establish rules and consistency.

With these workshops, parents can feel more confident in their parenting skills and learn how to take care of their child properly if they haven’t done so up until this point. Sessions can help a parent feel less guilt about what has happened in the past in the knowledge that they will be better going forward.

parenttreatment
Help is a Phone Call Away
Please don't suffer with substance abuse thinking no one cares. We care and want to help you get back to the life you deserve.
Are you covered for addiction treatment? Find your insurance.
and many more...
✕
Instantly Check Your Insurance Coverage
Your information is safe & secure
At Recovery First, we accept most types of private (non-government) insurance and offer a variety of payment options.
You can quickly and privately check your insurance benefits to see if you're covered for addiction treatment services. We’ll be able to tell you if your provider is in network with Recovery First Treatment Center and all American Addiction Centers locations.
This means your treatment may be FREE1 depending on your policy, copay, and deductible.
Get the Info & Help You NeedWe're open across the US. Learn about your options.