Methadone is a synthetic analgesic painkiller that is similar to morphine, but used primarily in the treatment of heroin addiction. Since the 1990s, however, methadone has been prescribed more frequently to treat chronic non-cancer-related pain. Methadone can be ingested as a pill, liquid, or powder. Sometimes, methadone can be injected intravenously.

Since methadone binds to the same opioid receptors in the brain as heroin or narcotic painkillers, it can be addictive or habit-forming like other opioids. The Drug Enforcement Administration lists methadone as a Schedule II drug, meaning the medication has a medical use, but also has a high potential for abuse. The Center for Substance Abuse Research (CESAR) notes that methadone is increasingly found on the black market, indicating that it is being diverted as a drug of abuse.

People who receive prescriptions for methadone as a painkiller are, unfortunately, more likely to accidentally overdose on this drug. According to the Centers for Disease Control, about 5,000 people die every year from overdoses involving methadone. Only 2 percent of painkiller prescriptions are for methadone, yet it accounts for about one-third of overdose deaths. This overdose rate is six times the overdose rate of the 1990s, largely due to methadone being prescribed for chronic pain management. Because methadone is a generic drug, it is less expensive than other brand-name painkillers, which has led doctors to increasingly prescribe methadone to cut treatment costs. In spite of the risks of taking methadone, the PEW Charitable Trustsnotes that methadone is still listed as a preferred drug in 33 states, and Medicaid covers the costs of this drug for pain management.

According to the National Highway Traffic Safety Administration (NHTSA), people receiving 35-85 mg of methadone per day are significantly impaired. Impairment symptoms include:

This indicates that methadone can induce a “high” when a person takes the drug, even if the impairment is not directly felt by the individual. Methadone can be very habit-forming, so it is important for people to get help weaning themselves off this drug if they are worried they have become addicted. 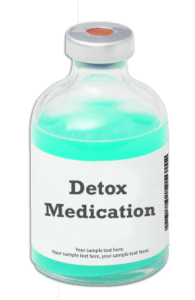 When a person decides to overcome a methadone addiction, it is very important to get help from a doctor or a rehabilitation program. Methadone tolerance is lost in as little as three days, which makes the potential of an overdose after relapse much more likely for people who attempt to quit methadone by themselves. The body is still dependent on methadone but cannot tolerate the original dosage. Overdose symptoms include depressed or stopped breathing, clammy skin, blue-tinted lips or fingernails, an inability to wake up, slowed heartbeat, coma, and death.

The most intense symptoms occur in the first week of withdrawal, but symptoms can continue for weeks or even months after the last dose. 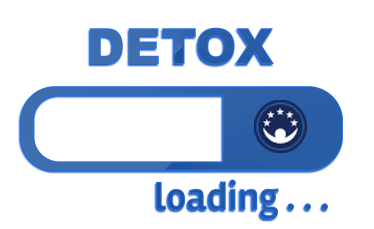 When a person gets help to overcome their addiction to methadone, there are a few options for treatment. The first step is to detox from the drug, which will most likely involve tapering the dosage of methadone over a period of weeks or months. By weaning off the drug, withdrawal symptoms and cravings can be reduced throughout the detox process.

In some instances, people may be switched to a different replacement medication, such as buprenorphine, that might have less abuse potential. Buprenorphine, a partial opioid agonist, was approved by the FDA for opioid addiction treatment in 2002. Doctors can dispense this medication to their patients through pharmacies, rather than specific clinics. Buprenorphine binds to the same receptors as opiates, so it can ease withdrawal symptoms and cravings without inducing euphoria.

Once the individual has detoxed from methadone, attending therapy sessions is vital to overcoming addiction. As noted by the American Society of Addiction Medicine (ASAM), withdrawal symptoms affect the individual’s mood as well as their body, and rehabilitation programs are equipped to help the person with the psychological effects of withdrawal. Underlying addiction problems should be treated with ongoing therapy to ensure clients can manage triggers, such as stress, that may prompt them to use methadone again. Therapy is often started during the detox process, as detox on its own does not constitute addiction treatment.

detoxmatmethadoneopiate
Help is a Phone Call Away
Please don't suffer with substance abuse thinking no one cares. We care and want to help you get back to the life you deserve.
Get the Info & Help You NeedWe're open across the US. Learn about your options.