Mixing Cocaine and Alcohol: The Effects and Dangers 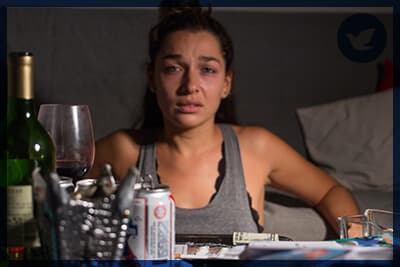 Cocaine is one of the most famous “party drugs,” as it has been used illicitly at nightclubs for decades. Because it is often abused in social settings, people who abuse cocaine are also likely to drink a lot of alcohol – another common social drug. When people drink while they abuse cocaine, their aim is to lengthen the time that cocaine stimulates their brain while taking the edge off the stimulation by consuming a central nervous system (CNS) depressant. However, mixing these two drugs causes the liver to create a dangerous chemical: cocaethylene.

Medical research shows that mixing cocaine and alcohol, allowing the liver to produce cocaethylene, does result in a prolonged experience of the stimulated euphoria that cocaine induces. Some studies suggest that cocaethylene has an effect on how adrenaline is processed in the brain, so stimulation comes not just from cocaine flooding the brain with dopamine and serotonin, but also from cocaethylene allowing adrenaline to be released and absorbed differently. 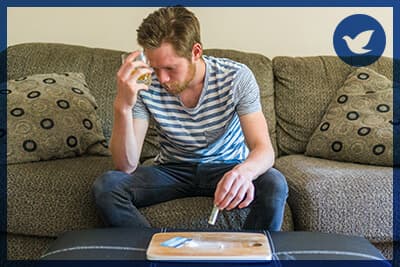 However, the presence of cocaethylene complicates the effects of cocaine and alcohol in the body. By increasing the potency of cocaine, cocaethylene increases the risk of overdosing on a smaller amount of the drug. One of the pioneering studies into this risk came in 1989 when Dr. Lee Hearn, who was the Laboratory Director for the Metro-Dade Medical Examiner’s Department, connected cocaethylene to an increase in overdoses on what should have been a relatively harmless amount of cocaine. Further research occurred over the years, including a 2003 study in California that found that 17 percent of cocaine, when injected intravenously and followed by alcohol consumption, was turned into cocaethylene and became slightly toxic.
Cocaethylene has a longer half-life than cocaine, and it remains in the body five times longer than its parent stimulant. It is very damaging to the liver; it can harm the immune system, trigger seizures, and cause death when it builds up in sufficient quantities. It may trigger psychosis or increase aggressive behavior, which can lead to self-harm. Cocaine, alcohol, and cocaethylene can all damage the cardiovascular system, leading to an elevated risk of heart attack or stroke.

Although combining cocaine and alcohol may not cause a rapid overdose, the liver begins to process these two chemicals together. Cocaethylene can build to fatal levels as long as 12 hours after alcohol and cocaine are consumed together.

Drinking too much alcohol causes damage to the liver, whether alcohol is combined with other drugs or not. Fatty liver, alcoholic hepatitis, cirrhosis, and liver cancer are all risks of drinking too much alcohol for years. For the average adult, consuming more than one or two alcoholic beverages per day constitutes heavy drinking, which can be very harmful to the body. Binge drinking, which often occurs in social settings, may cause alcohol poisoning and death, as well as harm to the liver. When cocaine is added to binge drinking, liver damage is very likely to occur because cocaethylene is more toxic for the liver than alcohol alone.

Although cocaine may prevent sleepiness from alcohol, and alcohol may take the edge off cocaine stimulation, combining these two drugs is very damaging to the body and mind. While the presence of cocaethylene does not increase the risk of addiction, both cocaine and alcohol are very addictive on their own. Combine drug consumption with social pressure, and a person who has consumed too much cocaine and alcohol is likely to suffer from an overdose on cocaine or long-term physical harm to the heart or liver.