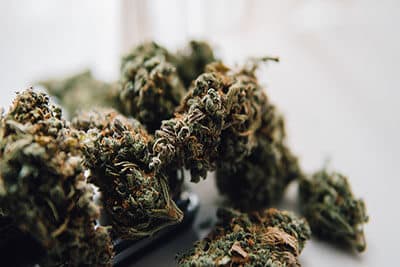 One of the concerns of legalizing marijuana on a state level has been that surrounding states, even if they did not approve of the legislation, would be negatively impacted. Higher rates of drugged driving in neighboring states and increased arrests for illegal possession of marijuana have been a problem. Bow it seems that marijuana from Colorado is making it all the way down for Florida.

This is more than someone mistakenly packing some marijuana left over from a Colorado vacation and returning home to Florida. Rather, this is a full-blown drug smuggling operation that makes use of any and all methods of getting large amounts of marijuana out of the state. Mailed packages of marijuana and rental cars with suitcases stuffed with pounds of marijuana – any means necessary is being used to get large amounts of the high-grade version of the drug across state lines and into the hands of consumers.

Florida was one of the most frequent destinations for drug shipments seized in 2014 coming out of Colorado, according to the High Intensity Drug Trafficking Areas (HIDTA) program.

Tom Gorman is the director of HIDTA. He was against the legalization of marijuana from the start and says: “Sometimes they put it (marijuana) in suitcases to conceal the smell and in hidden compartments or throw a box of marijuana in the trunk of the car. Generally, you’re not going to get stopped. Law enforcement is going to have a traffic violation to make the stop and develop probable cause. The odds of being caught is not that high, so they’re willing to take that chance because of the money involved.”

Back in January, 55 people were arrested for drug trafficking, one of whom operated a marijuana grow house in Colorado that had 56 pounds of the drug dried and ready for shipment. Specifically, a group of Cuban nationals were recruited from Florida to Colorado where they set up grow houses and shipped the drugs back to Florida, according to Miami police.

Anne-Judith Lambert is the DEA spokesperson for Florida. About Floridians moving up to Colorado in order to set up a base from which to ship marijuana back to Florida, she says: “It makes sense when you can grow something legally out in the open. I would imagine the expense is much less. You don’t have to maintain the secrecy. To maintain the covertness of the operation is expensive.”

Trafficking any substance to Florida means that the supply on the street is fully stocked. This impacts everyone in the community through:

Floridians may not be able to stop the influx of drugs into their communities, from Colorado in addition to other locations, but they can tackle the problem head on, lowering the demand for these substances and thus mitigating the harm done. This happens on the community level, the family level, and on an individual level as well. It means not staying silent when it is clear that there is a problem and helping to connect the person in need with healing treatment.

Is It Time to Connect with Treatment?

Marijuana is addictive. It slows cognitive function and development in young people, and it can create problems in every area of life should addiction develop – just like any other addictive substance. The good news is that treatment can address the problem of marijuana abuse and addiction.

Learn more about the treatment programs that can help you or your loved one manage a marijuana abuse or addiction issue today. Call Recovery First now.