Every day, more than 100 people lose their lives to drug overdose across the state of Florida, and almost none of these deaths result in a homicide charge for the person who provided the deadly drugs. Currently, cocaine and heroin dealers can potentially be charged with murder if their client dies of an overdose, but it is rare. Even when there is evidence, it is exceedingly difficult to make the charges stick, and there are no provisions to charge a person with murder for selling someone a fatal dose of a synthetic substance like fentanyl or carfentanil.

Some legislators are seeking to close that loophole by proposing a law that would include all synthetic drugs and make it clear that ingestion of a mixture of drugs could also result in indictment. House Bill 477 is sponsored by State Representative Jim Boyd and supported by the Florida Sheriffs Association. Senate Bill 150 is a related piece of legislation that would increase the criminal penalties for those who traffic fentanyl, and it is sponsored by State Senator Greg Steube. 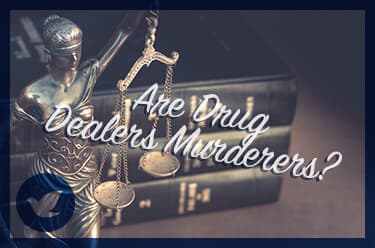 Katherine Fernandez Rundle is a Miami-Dade state attorney. She says: “The message is that if you’re going to play with the tools of death, you should be held accountable.”

Whose Responsibility Is It?

The debate over whether or not it is the fault of the person selling the drugs or the person taking the substance when overdose occurs has been ongoing for decades. On one side of the fence are those who say that the individual has autonomy and unless it can be proven that they took the drugs under duress or were dosed by someone and unaware, then the responsibility for what happens falls solidly on their own shoulders. They point out that though certain weapons are illegal and that trading in those weapons as well as killing someone with one of those weapons will result in charges of homicide as well as illegal sales of firearms, the same is not necessarily true if that individual sells someone else an illegal weapon and then that person commits suicide with it.

On the other side of the fence are those who believe that a person who peddles poison should be held accountable when that poison kills someone. Proponents of this stance point out that the sale of these substances is illegal for a reason – because people die. Therefore, selling a deadly substance when it results in death should result in drug trafficking charges as well as homicide charges.

Is There Choice in Addiction?

The important differentiation in the two arguments is whether or not the individual who purchases the drugs genuinely has a choice in whether or not they take the substance and not necessarily on what is in the substance purchased. It is important to note that addiction is a medical disorder, and studies have demonstrated that long-term use of addictive substances can actually change the size and shape of certain cells in the brain, which in turn alters their function. This means that the way a person thinks changes due to drug use and the way they behave as a result. Even if they know that taking a certain substance is a risk and intellectually realize that they cannot reasonably know the exact makeup of their street drug of choice, it may not be possible for them to manage cravings without professional intervention and treatment.

It is difficult to weigh in on such an emotional situation. Families that are devastated by a loved one’s loss want to believe that if they had just not met that dealer the night before they died everything would have turned out differently. For those whose loved ones were on waiting lists for rehab or about to leave for treatment, it can be especially heartbreaking. To acknowledge that their loved one played a role in their own death can be too much to contemplate.

As with most things with addiction, the situation under which someone dies due to overdose is unique in each situation. Underlying mental health conditions and physical ailments can play a role. The person who overdosed may not have even known about those issues, and the dealer may have been as ignorant about the actual chemical makeup of the substance they sold as the individual buying the drug. Though neither of these facts absolve a drug dealer from the consequences of peddling wares they know to be toxic, they also do not absolve the individual who ultimately chose to take the drugs.

It is a complex issue and one that is highly emotional for all involved. What do you think? Are drug dealers guilty of murder when a client dies due to overdose and guilty of attempted murder with each sale?

lawslocal
Prefer getting help via text?
We're available 24/7 via text message. Signup below for access to our team when its convenient for you!
and many more...
Find Help & ResourcesBrowse 100s of informative articles and get help.