Percocet is a combination of oxycodone and acetaminophen, two pain relievers that act on separate pain receptors in the brain. The combination is designed to relieve moderate to severe pain after an injury or surgery, and it is not intended to be used for chronic pain conditions unless there is breakthrough pain.

What is a Percocet Addiction? 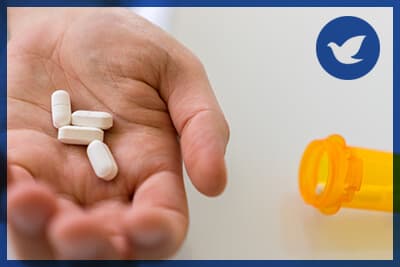 Because Percocet contains an opioid drug – oxycodone – several people in the US have become addicted to this substance. Although many people who struggle with opioid addiction eventually move to more potent drugs like OxyContin, heroin, or morphine, the wide availability of Percocet has been the gateway for many into opioid abuse. The Centers for Disease Control and Prevention (CDC)notes that every day 1,000 people are treated in hospital emergency rooms due to an opioid overdose, and close to 2 million Americans reported struggling with opioid abuse in 2014. It is likely that one in four people who receive an opioid prescription, like Percocet, to treat non-cancer pain will struggle with opioid use disorder.

Overcoming an addiction to opioids like Percocet is not life-threatening, although withdrawal symptoms may be uncomfortable. It is important to work with a doctor to safely detox from these drugs, which may involve a replacement medication like buprenorphine, developing a tapering schedule, or easing pain and nausea with over-the-counter medication.

What Helps with Percocet Withdrawal?

The oxycodone present in Percocet binds to the opioid receptors in the brain, like other opioids, including heroin. These receptors respond to pain signals in the body, and using an opioid drug reduces pain sensations. However, it also interacts with the brain’s reward system, releasing dopamine, serotonin, and other neurotransmitters that elevate mood. When a person stops taking opioids suddenly, especially after using them for months or years, the brain does not release the same level of neurotransmitters without the presence of the drug; this leads to withdrawal.

Withdrawal symptoms begin a few hours after the last dose of the opioid is metabolized out of the body. This varies depending on the half-life of the drug in question. Percocet comes in both a regular and extended-release version; the half-life for the standard formula is 3.2 hours, while the extended-release version has a half-life of 4.5 hours. A person’s body is considered rid of the drug after five half-life cycles; however, withdrawal symptoms begin after the drug has been metabolized out of the brain, so for Percocet, symptoms will begin within 5-8 hours after the last dose.

Opioid withdrawal has three basic stages: early, peak, and late. Symptoms will be slightly different in each stage.

How to Get Help with Percocet Detox?

While withdrawal symptoms from Percocet and most other opioids are not life-threatening, they can be very uncomfortable. The discomfort may cause a person to relapse if they are trying to detox alone. It is important to work with a medical professional to understand the detox process and get help managing the symptoms.

The physician may start with the Clinical Opioid Withdrawal Scale (COWS). This scale helps medical professionals understand the severity of addiction and withdrawal symptoms, which helps them plan and manage treatment. Mild symptoms will receive different medical attention than severe withdrawal symptoms.

Those who have struggled for a long time with opioid abuse will require a different approach. Their physician may help them develop a taper; they begin with a specific dose of Percocet and gradually reduce how much they take over weeks. People who take Percocet as prescribed may also develop enough of a physical dependence on the drug, without experiencing addiction, that they need a taper or they will experience withdrawal symptoms. 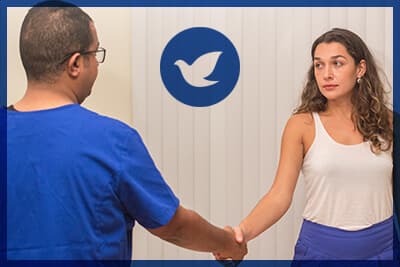 In serious cases, a doctor who is licensed to prescribe buprenorphine may provide the individual with this drug to replace Percocet. Buprenorphine is a long-acting partial opioid agonist that binds to opioid receptor cells and reduces withdrawal symptoms. Once the person begins taking buprenorphine, their doctor will taper that medication until the person is no longer physically dependent on any opioid.

If a person uses buprenorphine – typically either with brand names Subutex or Suboxone – their detox process may take longer than just going cold turkey. Taking the time to effectively manage symptoms and avoid relapse into substance abuse is extremely important even if it takes more than two weeks.

Some people who have struggled with opioid addiction have undergone rapid detox, also called ultra-rapid detox. This process involves checking into a hospital, going under anesthesia to “fall asleep,” and then having an opioid blocker like naloxone pumped into the body. The process is supposed to flush opioids out of the body within a day or two while the individual is unconscious. Allegedly, the process prevents the person from experiencing withdrawal; they wake up without any physical dependence on opioids and without withdrawal symptoms.

Rapid detox sounds too good to be true – and it is. Many studies have shown that it does not work. People who undergo rapid detox may not have opioids in their body anymore, but they are just as likely to experience withdrawal symptoms since their brain has not adjusted to the neurotransmitter release yet. Being under general anesthesia for that long is also extremely dangerous. Relapse rates are high among people who try to get through withdrawal that quickly.

While medication-assisted treatment (MAT) may appear to take a frustratingly long time, it works to wean the person off physical dependence on large doses of opioids like Percocet. Working with a doctor’s oversight during detox, whether it involves replacement medications or not, helps to manage symptoms so they do not become too uncomfortable.

detox
Prefer getting help via text?
We're available 24/7 via text message. Signup below for access to our team when its convenient for you!
and many more...
✕
Instantly Check Your Insurance Coverage
Your information is safe & secure
At Recovery First, we accept most types of private (non-government) insurance and offer a variety of payment options.
You can quickly and privately check your insurance benefits to see if you're covered for addiction treatment services. We’ll be able to tell you if your provider is in network with Recovery First Treatment Center and all American Addiction Centers locations.
This means your treatment may be FREE1 depending on your policy, copay, and deductible.
Get the Info & Help You NeedLearn about the options available at our South Florida addiction treatment center.