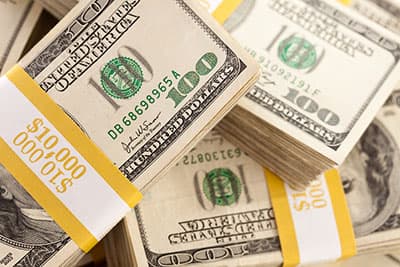 In what is being called the largest seizure of funds in the history of Miami-Dade county, law enforcement searched the home of an alleged marijuana trafficker and found about $24 million in funds, much of which was in the form of $100 bills and stored in sealed bags inside 24 five-gallon plastic buckets. The money was hidden, for the most part, in a secret compartment accessible through the attic of an upscale home in a gated Miami Lakes neighborhood.

The owner of the home and the cash was Luis Hernandez-Gonzalez, 44. He runs a hydroponic business called the Blossom Experience, which in and of itself is perfectly legal. However, law enforcement surmise that the equipment that caters to indoor gardeners plays a large role in the support of illegal marijuana growers.

Both Hernandez-Gonzalez and his sister, Salma Hernandez, 32, who also worked at the Blossom Experience, were arrested in relationship to the search and seizure. Charges include marijuana trafficking, money laundering, as well as possession of a firearm while committing a felony.

The search, seizure, and arrests were based on a long-time investigation that started back in 2010. Informants played a role, detailing the black market business happening through the Blossom Experience. For example, one informant reportedly told DEA agents that Hernandez-Gonzalez would sell equipment at low cost out of the Blossom Experience and then buy high-grade marijuana from his customers, a product he would then turn around and sell on his own at a profit. One informant said that he had personally sold more than 100 pounds of marijuana to Hernandez-Gonzalez on two separate occasions.

This was not enough to build a case against Hernandez-Gonzalez and Hernandez, however. It was not until a drug ring in Tennessee with connections to Miami was taken down that there was enough evidence to secure the arrests of the siblings at the Blossom Experience. Eleven people in Tennessee were arrested, and more than 300 marijuana plants were seized as well as $140,000 in cash and five guns. Federal wiretaps in that case yielded further evidence against Hernandez-Gonzalez, who often advised key players on how to maintain their marijuana plants. This information allowed law enforcement to create and process warrants that led to the arrests.

Hernandez-Gonzalez and Hernandez played a key role in the marijuana black market in Miami, and removing them as a resource for underground marijuana growers and buyers may stifle this illegal drug economy on a local level briefly. Many are waiting in the wings to step up and take their places, providing the same or similar services. It is unfortunately the way of the drug market. Even major drug kingpins, when removed, are quickly replaced by others who have waited in the shadows for their turn at the top. There is no possibility of completely eradicating the black market for drugs so long as there is a consumer base, but the answer to the problem is not to allow it to continue.

The answer is instead to help those who are living with a substance use problem to connect with treatment. Through treatment, people struggling with an inability to moderate use of any substance, whether illegal or not, can get the help they need to:

Comprehensive care that addresses every issue that may be contributing to someone’s compulsive use of drugs and alcohol is essential to helping someone get back on track after a substance use disorder. With the right coping mechanisms, even in communities where drug trafficking is prolific, people in recovery can avoid relapse and live a long life without drugs and alcohol.