Intervention: How You Can Help 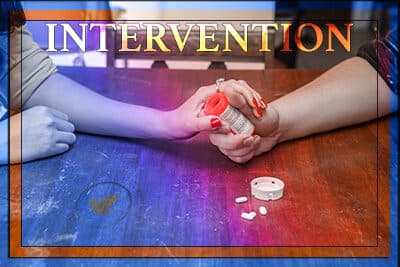 It can be emotionally draining and painful to observe the actions of a relative, friend, or other loved one who is suffering from a substance use disorder to alcohol or drugs. Sometimes the urge to step in and “force” the person to stop using drugs is overwhelming, and loved ones may actually wind up creating more tension than good when they try and confront a person with a substance use disorder. One option is to schedule an intervention with other concerned loved ones in an attempt to use group support to help the individual see the issue.

What Is an Intervention?

An intervention refers to a situation where concerned individuals confront a person who has a self-destructive behavioral problem and attempt to convince that person that they need to seek treatment for the problem. In the current context, an intervention refers to an organized attempt by concerned others to get a person with a suspected substance use disorder to become involved in formal treatment. Interventions for substance use disorders and other forms of addiction are gaining so much popularity that entire television programs and series have been created that somewhat glamorize and often mistakenly present how this process is supposed to work.

What types of issues might warrant an intervention for an individual who has a suspected problem with addiction? Some examples include:

Individuals who struggle with addictive behaviors are often so focused on their needs and what they view as the positive aspects of their behavior that they do not see the overall picture. In order to rationalize their behavior, they either distort the truth or are actually unable to objectively view the big picture. The common term for the situation is that the individual is in denial; however, refusing to actually objectively look at a situation is common in individuals who are involved in a number of potentially anxiety-provoking situations, such as individuals who have been diagnosed with a terminal disease, individuals who are enmeshed in dysfunctional relationships, individuals presented with logical information that threatens one of their core beliefs, etc. In fact, telling someone that they are “in denial” about their substance use or other behavior simply complicates the issue and most often elicits resistance.

Instead, it is much better to objectively present the truth to the individual, roll with the resistance, and let them make an informed decision once they are presented with all the evidence and with different points of view regarding their behavior. This is what a well-planned and staged intervention attempts to accomplish.

An Intervention Is Not…

A concerned and well-planned intervention should attempt to confront the individual in question in a non-threatening manner and to objectively explain to that person the ramifications of their behavior. Individuals planning an intervention should not approach the situation as: 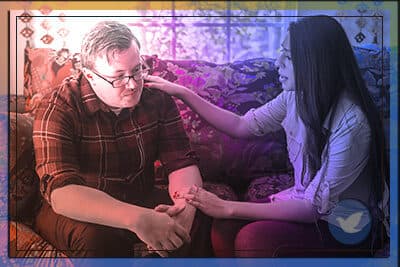 The goal is to confront the person and explain the ramifications of their addiction. Typically, each member of the intervention team provides very specific examples of the person’s destructive behavior and how it impacts them. Once each person has explained how the individual’s behavior affects them, a number of treatment options are offered, and the consequences for not getting involved in treatment are explained.

A general plan to organize a successful intervention includes the following components:

There are several different recognized approaches used by interventionists for addictive behaviors. The most common ones are outlined below.

An intervention is an organized, group attempt to confront an individual with a substance use disorder or other addiction in a nonthreatening manner and convince that person that they need help in the way of formalized treatment for their behavior. There are a number of different models of interventions for substance use disorders, and there is very little research comparing different models of interventions.

Independent research on the overall effectiveness of interventions is also scant; however, for the most part, when interventions are performed, they appear to have generally positive effects in getting a person into treatment. Research looking at the success rates of individuals exposed to formalized interventions in treatment programs is mixed, and conclusions from this type of research are difficult to make because relapse rates for individuals with substance use disorders generally tend to be relatively high. Relapse may actually be part of the process of recoveryfor individuals with substance use disorders. Thus, it can be difficult to ascertain what criteria should be used to designate successful treatment outcomes in many cases.