What Are Bath Salts, and Is Addiction Possible? 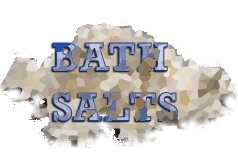 Bath salts are the common term for a group of manufactured drugs called synthetic cathinones. Cathinones in their natural form are found in the khat plant, which is native to East Africa and southern Arabia. These intoxicating substances are similar to amphetamines in chemical structure, and they are sometimes also referred to as jewelry cleaner or plant food. Although packages of these drugs are labeled as “not for human consumption,” these drugs are also marketed as cheaper replacements for meth, cocaine, or Molly.

Synthetic cathinones are commonly found as either a white or brown powder. They can be snorted, smoked, eaten, or mixed with water and injected intravenously. Typical symptoms of a “high” from bath salts include:

Because these chemicals are manufactured in labs, they are most likely based on methylenedioxypyrovalerone, although no one is completely sure what could be in these compounds. The Synthetic Drug Abuse Prevention Act, passed by Congress in 2012, makes 26 common compounds used in bath salts illegal, but chemical manufacturers use new compounds all the time to bypass laws. The Drug Enforcement Administration is working hard to keep up with new chemical compounds, but also has not scheduled all of them.

All 50 states in the US have banned some or all of these chemicals, but new versions of bath salts can be found that are technically legal but still extremely dangerous to the person consuming the drug. These drugs can be found in some retail stores or online, under names like Vanilla Sky, White Lightning, or Blue Silk, among others.

There is no accepted medical use for synthetic cathinones. Bath salts are specifically designed to induce intoxication in the person who ingests them.

Bath salts were discovered in the 1970s by scientific researchers, and the basic chemical compounds are known to function like cocaine.

They prevent the reuptake of dopamine back into neurons. However, early research on the basic chemicals, known as MDPV, has shown that these potent compounds are easily 10 times stronger than cocaine.

Because synthetic cathinones are a relatively new class of drugs, medical researchers have not yet been able to conduct extensive enough studies to determine conclusively if bath salts are addictive, or if people ingesting the drugs develop a dependence on them. Some small, preliminary studies have shown that the intense high created by synthetic cathinones can lead to abuse and addiction very quickly.

Lawmakers and medical professionals do, however, know that bath salts are designer drugs intended to intoxicate the user. Because the compounds are slightly different or in different concentrations each time the person takes a dose, they are unpredictable and very dangerous.

In 2013, The Scripps Research Institute found that bath salts are not only potent, but also more addictive than crystal meth. However, the study examined behavior in rats and extrapolated reactions to potential human addictive behaviors.

Synthetic cathinones like bath salts are apparently most popular with people 20-29 years old, but poison control centers have reported accidental poisonings involving a wide range of ages – from as young as 6 to as old as 59. A Michigan investigation of 35 emergency department episodes related to bath salts found that 63 percent of the cases involved individuals ages 20-29, and 53 percent of those cases were male.

Because many of these chemicals continue to skirt the law, teenagers are often able to get their hands on bath salts. Although fewer children and teens of middle school and high school age abuse synthetic cathinones than synthetic marijuana, bath salts are still a problem in this age group. The Monitoring the Future Survey of 2013 found prevalence of bath salts abuse among 8thgraders at 1 percent and at 0.9 percent for both 10th and 12th graders.

Because synthetic cathinones can trigger psychosis, people who abuse these drugs may cause harm to themselves or others around them. Some long-term side effects of use include:

Signs and Symptoms of Addiction and Overdose

Signs of a bath salts addiction can include:

Side effects of bath salts include:

In some rare cases, bath salts have been the direct cause of death.

People who abuse bath salts can become addicted. If they attempt to stop using them, they may experience withdrawal symptoms, which can include:

Get Help for Addiction 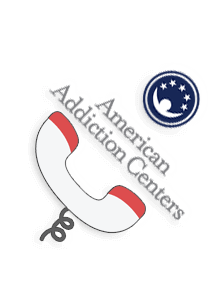 Although there are no medications that specifically target addiction to bath salts or other synthetic cathinones, various treatments are available to help people overcome addiction to these drugs. Rehabilitation programs offer both individual and group therapy to help people pinpoint the issues in their lives that led to substance abuse. These comprehensive treatment programs offer social support in addition to specific therapies, like Cognitive Behavioral Therapy and Motivational Enhancement Therapy, both of which have been shown to be effective treatments for overcoming addictive behaviors.

Oftentimes, mental health issues co-occur alongside substance abuse and addiction. If certain mental health issues are present, pharmacological treatment may be used under direct medical supervision. Benzodiazepines in small doses have been shown in some cases to ease psychotic symptoms related to prolonged use of bath salts.

For people who become addicted to bath salts or other synthetic cathinones, it is extremely important to get help as soon as possible. These drugs are extremely dangerous, both physically and psychologically. Fortunately, treatment programs can offer comprehensive care and support, helping individuals to find firm footing in recovery.

bath salts
Prefer getting help via text?
We're available 24/7 via text message. Signup below for access to our team when its convenient for you!
and many more...
✕
Instantly Check Your Insurance Coverage
Your information is safe & secure
At Recovery First, we accept most types of private (non-government) insurance and offer a variety of payment options.
You can quickly and privately check your insurance benefits to see if you're covered for addiction treatment services. We’ll be able to tell you if your provider is in network with Recovery First Treatment Center and all American Addiction Centers locations.
This means your treatment may be FREE1 depending on your policy, copay, and deductible.
Next Steps & ResourcesFind recovery resources and treatment info.