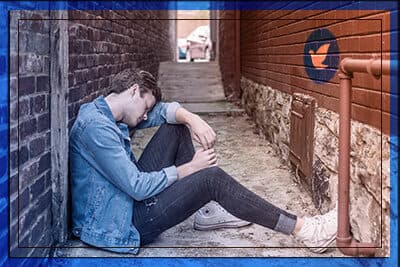 Withdrawal symptoms are a cluster of psychological and physical symptoms that occur when a person who struggles with substance dependence attempts to quit using the substance. For example, if a person has become addicted to painkillers and wishes to end that addiction, they may attempt to stop taking the drug; this leads to a rebound condition in which the body attempts to normalize its chemistry without the help of the drug.

What Are Withdrawal Symptoms?

In many cases, withdrawal symptoms include the opposite effects of what the substance is intended to do. For example, a person who stops taking a stimulant will likely experience tiredness and depression. These symptoms can last for a few days to a few weeks, depending on the substance, how much of it was taken, and how long the individual abused the drug. After 2-3 weeks without the substance, the body will generally be able to reach homeostasis on its own; however, this does not mean that the addiction has been cured (there is no cure for addiction), just that the body is no longer physically dependent on the substance.

The Withdrawal Symptoms of Different Substances

Alcohol: Withdrawing from alcohol can be one of the more physically dangerous processes, so it is very important to get help from a medical professional. People who have abused alcohol for a long period of time can experience delirium tremens, or DTs, which is a cluster of withdrawal symptoms that includes seizures, delirium, blood pressure spikes, and changes to heart rate or breathing. Medication, like small doses of benzodiazepines, is often involved in the treatment of DTs. Other alcohol withdrawal symptoms include:

Symptoms generally begin 6-12 hours after the last drink, and the most intense symptoms continue for 2-3 days. If a person experiences DTs, that condition typically begins two days after the last drink and peaks after five days. Mortality from DTs is about 5 percent, so professional help is always needed.

Narcotics (e.g., heroin, opioid painkillers): Depending on how long a person has struggled with opioid addiction, and the specific narcotic in question, opioid withdrawal can be quite uncomfortable, but it is rarely life-threatening. Opioid overdose is very dangerous, however, and it is common with relapse during withdrawal. According to the Centers for Disease Control (CDC), 165,000 people in the US alone have died as a result of opioid overdose between 1999 and 2014. As a result, medical oversight to manage withdrawal is very important. Symptoms of opioid withdrawal include:

These symptoms begin within the first day of the final opioid dose, and they last up to two weeks.

Stimulants (e.g., cocaine, methamphetamine): Although it can be uncomfortable, withdrawal from stimulants like cocaine, amphetamines, or ecstasy has a low risk of health complications. Symptoms include:

These sensations will continue for a few days until withdrawal symptoms begin to clear. Stimulant withdrawal symptoms begin within a few hours of the last dose, known as “the crash,” and then peak between 1-3 days later. Withdrawal should be over after about a week. People withdrawing from strong stimulants like meth may experience a protracted withdrawal called amphetamine withdrawal syndrome, which can be very uncomfortable and last for a few weeks. Withdrawal on its own is unlikely to be physically dangerous; however, relapse can lead to heart attack, stroke, brain damage, or damage to other organ systems.

Symptoms begin within a day or two of stopping the dose, depending on how long-acting the benzodiazepine is. For example, Klonopin withdrawal begins within 12 hours, while Valium withdrawal can take more than a day. Withdrawal typically lasts up to a week, but protracted withdrawal can last for several weeks or even months.

What Are the Dangers of Suddenly Stopping a Drug?

Different substances cause different withdrawal symptoms. For the most part, uncomfortable effects like headaches, exhaustion, or nausea are not life-threatening and will get better within a few days. However, some substances can lead to dangerous withdrawal symptoms like seizures or delirium, which can be life-threatening without medical oversight.

Another concern during withdrawal is the potential for relapse. Stress is one of the largest contributors to relapse, and withdrawal symptoms can be both physically and psychologically stressful. Cravings for the substance will appear during stressful times, and without social support or a better understanding of this trigger, a person is more likely to relapse into substance abuse. As the body begins to detox from dependence on the substance, however, physical tolerance begins to decline. When a person relapses during or just after detox, there is a greater chance of overdose, because the original dose of the substance can overwhelm the body.
Relapse does not mean the individual has failed in their attempt to overcome their addiction, but it can be physically dangerous, so it is important to get professional help with detox and addiction treatment.

Getting medical oversight to detox from an addictive substance is a very important first step in recovery. Because several intoxicating substances can lead to physically dangerous protracted withdrawal syndromes, medical oversight can reduce the risk of experiencing this condition. Sometimes, a doctor can help the person taper off the substance in a variety of ways. For example, people who struggle with benzodiazepine addiction can taper the dose they take every day, up to 10 days, and wean off physical dependence on the substance. There is a similar process for opioid tapering, although sometimes, a doctor may prescribe a medication like buprenorphine to replace the opioid, then taper that medication. The doctor may also prescribe non-benzodiazepine anti-anxiety medications or antidepressants, to ease psychological symptoms during withdrawal. Sometimes, over-the-counter painkillers can ease aches and pains or anti-nausea medications can reduce nausea and vomiting.

Taking prescription medication and tapering the substance with a doctor’s oversight helps the body return to homeostasis on its own, without the sudden removal of a chemical the system has become dependent on. Medications and tapering help to ease the brain back to normal functioning, which reduces the potential of relapse during detox.

Recovery First, one of American Addiction Centers’ drug and alcohol medical detox centers in Florida, is ready to help you overcome addiction and find long-term recovery. Call us today at to learn more about addiction treatment near you.

detoxtreatmentwithdrawal
Prefer getting help via text?
We're available 24/7 via text message. Signup below for access to our team when its convenient for you!
and many more...
✕
Instantly Check Your Insurance Coverage
Your information is safe & secure
At Recovery First, we accept most types of private (non-government) insurance and offer a variety of payment options.
You can quickly and privately check your insurance benefits to see if you're covered for addiction treatment services. We’ll be able to tell you if your provider is in network with Recovery First Treatment Center and all American Addiction Centers locations.
This means your treatment may be FREE1 depending on your policy, copay, and deductible.
Get the Info & Help You NeedLearn about the options available at our South Florida addiction treatment center.