There’s often a certain stigma associated with bipolar disorder that isn’t true. Not every person who has bipolar disorder goes from an extreme up to an extreme down in a matter of seconds. The disease is a bit more complicated than that. In fact, bipolardisorder is a generic term that classifies several varieties of the condition.

What Is Bipolar Disorder?

The National Institute of Mental Illness defines bipolar illness as a brain disorder. It’s sometimes referenced as manic-depressive illness and was once referred to as manic depression. A person with bipolar disorder will experience unusual shifts in activity levels, and their energy level and mood change without a specific cause. In many cases, bipolar disorder affects a person’s ability to execute daily tasks.

Generally, people who have bipolar disorder experience two main phases: manic and depressive. The symptoms vary based on the person and the stage. For instance, when a person goes through the depressive phase, symptoms may include:

When somebody goes through the manic phase, symptoms may include:

How Many People Have Bipolar Disorder?

According to the National Institute of Mental Health, 2.6 percent of the adult population in the US has bipolar disorder. This is the equivalent of about 6 million people. Of the total cases, 82.9 percent classify as severe; however, only 48.8 percent of people with bipolar disorder are receiving treatment.

There are four types of bipolar disorder. Bipolar I disorder is the most serious form due to the mania it causes. In many cases, the mania is so severe that it requires hospitalization to treat effectively. It may trigger a break from reality, which is known as psychosis. Someone who has bipolar I disorder has had at least one manic episode. In some cases, the manic episode may be followed by a hypomanic or major depressive episode. Generally, a person with bipolar I disorder experiences depression followed by a rapid cycling of mania. Sometimes, these cycles are severe. 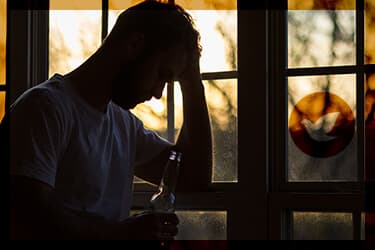 This form of bipolar disorder affects men and women at equal rates. Women tend to have more extreme depressive cycles than men, however.

A person may have four or more cycles per year, and they may experience calm periods in between cycles where they don’t experience any symptoms of mania or depression. For some people, the phases are mixed, they have symptoms of both mania and depression at the same time. In other cases, a person may experience a change from mania to depression in one day. The manic phase may last from a few days to several months. Without treatment, a manic cycle usually lasts for at least one week, as noted by Appalachian State University.

Cyclothymia, also known as cyclothymic disorder, is a mood disorder related to bipolar disorder. It causes similar symptoms to bipolar disorder but they aren’t as severe. A person with cyclothymia will generally alternate between highs and lows. The person has hypomanic symptoms and mild or moderate depressive symptoms. They tend to be able to function in daily life at a reduced level. The person’s mood changes abruptly, without a pattern.

One hypomanic or depressive stage can last for days or weeks, and an individual with cyclothymia may have normal moods for a month or longer. Some people cycle continuously between the hypomanic and depressive phases and never have a normal period in between.

The fourth classification of bipolar disorder is bipolar disorder not otherwise specified. This form consists of a mood disorder with bipolar features; however, it has different cycling patterns that don’t fit the other diagnoses. People in this category may have recurrent hypomanic episodes without any depressive episodes. Cases of bipolar where the person rapidly goes from one mood to another fall into this classification.

Are All Forms of Bipolar Disorder Treated the Same?

Bipolar I disorder is treated using drugs like antipsychotics, mood stabilizers, sedatives, and antidepressants. A person may be prescribed lithium to control mania. Although lithium takes weeks to work fully, it acts as a maintenance treatment to prevent manic episodes that occur suddenly. The anticonvulsant Depakote is sometimes prescribed as it can even out moods. It acts more quickly than lithium and has the potential to treat acute episodes of mania better. Some people are given a very high dosage to start with, which helps to improve mood sooner.

Other anti-seizure medications work to control moods as well. Doctors may prescribe one of the following to level moods:

Latuda, known by the generic name lurasidone, is used alone or with lithium or Depakote to treat mania. Sometimes, antipsychotics are used as preventative treatments.

Benzodiazepines like alprazolam (Xanax), lorazepam (Ativan), and diazepam (Valium) are minor tranquilizers. They may be used on a short-term basis to control insomnia and agitation during the manic phase; however, they can’t control the core symptoms of mania or depression. Some individuals are prescribed antidepressants, such as paroxetine (Paxil), fluoxetine (Prozac), and sertraline (Zoloft), to stabilize mood.

All of the same drugs are used to treat bipolar II disorder, such as Tegretol, Depakote, Neurontin, and lithium. Some people may be prescribed Lamotrigine (Lamictal) for bipolar II disorder because it’s been found to delay the onset of depression, hypomania, and mixed episodes.

Currently, there aren’t any drugs specifically approved for use in individuals with cyclothymic disorder. Some people don’t require any treatment at all while others benefit from prescriptions used by people who have bipolar I disorder or bipolar II disorder, as noted by Mayo Clinic.

Virtually all people with bipolar disorder will benefit from therapy. Various therapies have been used to treat the various types of bipolar disorder, such as Cognitive Behavioral Therapy, electroconvulsive therapy, or interpersonal and social rhythm therapy. The therapy helps clients to cope with bipolar disorder, which can ultimately prevent a person from turning to drugs or alcohol to self-medicate. It also helps the person to live a more normal life with less interruption from the symptoms of the disorder.

Additional mental health disorders are often present alongside bipolar disorder. It’s common for people with bipolar to also have obsessive-compulsive disorder. Anxiety and depression are often common with the disorder.

Those who suffer from co-occurring disorders, such as bipolar disorder and a substance use disorder, require specialized treatment. An integrated treatment team will address both disorders simultaneously, ensuring the individual has the best chance of a robust recovery on all fronts.