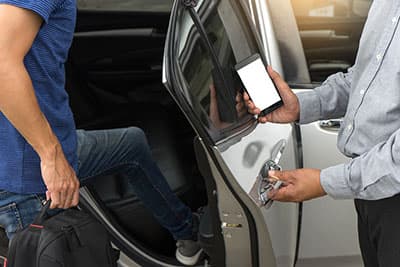 Police reported that an Uber driver from South Florida was arrested for allegedly selling drugs in Coconut Grove. An anonymous tip was reported to police that the individual was going to meet prospective buyers at the Quick Stop on Grand Avenue for the purposes of selling them drugs.

The individual was charged with possession of a handgun and possession of cocaine with the intent to distribute and transported to Miami-Dade County Jail.

While it is good to know that a company is looking out for the best interests of its customers and helping to ensure that their driving service does not in any way cross the law, it is not insignificant to note that the man’s account was deactivated after arrest – not conviction. The assumption is of innocence until proven guilty, and not the other way around. It is an example not only of stigma associated with these issues but also of how arrest for drug-related charges can create consequences in other parts of life that may make it difficult to get back on track.

Though we do not know the full details of this person’s story, let us consider that he was selling drugs at a corner store and not arrested at a big drug buy, that there was one gun found on him and not an arsenal, and that no one was hurt in relation to the incident. We have then a nonviolent offender who was arrested on drug-related charges. In most states, because he had the intent to sell, he would not be able to take part in drug court, a legal program that allows nonviolent offenders arrested on drug charges the option to enroll in an addiction treatment program and prove that they can stay on track when they have their substance use disorder under control.

The issue with this limitation – that is, the exclusion of offenders who sell drugs on a small scale – is that many “dealers” at this level have a hefty drug problem of their own and have turned to this option as the only source of income that makes sense given the fact that they cannot maintain regular employment. Thus, someone with a serious addiction, a person who may be the best candidate for the life-changing assistance that comes with treatment, is unable to access this program. This person is instead incarcerated with others who are higher up in the drug trade and essentially has years to “network” among those career criminals, thus solidifying their identity as someone who cannot live on the right side of the law.

Additionally, jail time and a drug record make it that much more difficult for someone in recovery to make an honest life for themselves upon release. In some states, offenders who are released and destitute cannot even access food stamps, or SNAP benefits, even if they are currently clean and sober and served their time for their past offenses. Many employers and landlords are not interested in taking a risk on someone who has just gotten out of jail, especially for a drug-related crime.

This stigma that people face after drug-related charges make it that much harder to see themselves as anything but “offenders” or “addicts.” Many simply return back to the life that is more comfortable and easier to navigate rather than deal with the constant negativity, obstacles, and mistrust they face.

Do you think that people who are arrested for selling drugs at a low level or who have a handgun in their possession when they are arrested should be disallowed to take part in a drug court program? How can people who face drug-related charges and an addiction find the healing they need to truly recover and begin a new life when they are released? What is the best way to address the problem of stigma and to make sure that every person who needs treatment has access to it?

There isn’t much standing between you and help.
Get exclusive details on how you can get started on the road to recovery today!
✔ Decide if treatment is right for you.
✔ See if your insurance will pay for rehab!
✔ Discuss your treatment options
✔ Check in at your treatment center.
About The Contributor

Reach out to us any time, day or night
One size treatment doesn't fit all. We will tailor treatment to your needs.
Find Help & ResourcesBrowse 100s of informative articles and get help.