Across the country, states are talking about how best to manage the issue of drug possession charges. For decades, there have been steep penalties for all charges related to drugs of any kind, even nonviolent charges of possession that indicate drug use and addiction but no premeditated threat or harm to an individual other than the person and their family.

It seemed like an intuitively simple fix: Make the penalty high for using drugs and people will stop using. Unfortunately, the result was not as planned. Rather, the United States has one of the highest prison populations in the world and very little ability to manage the issue. Overcrowding, lack of correctional officers, and lack of resources define most prisons and jails in the country, and the rates of addiction and deaths due to overdose have only risen steadily. 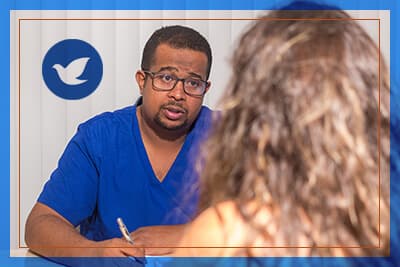 It is clear that addiction is a disorder that requires treatment and not a criminal choice that is limited by punishment. In Florida, efforts are being made to recognize that fact and make changes in the court system accordingly.

At the end of last month, the House Criminal Justice Subcommittee unanimously agreed to approve a bill that would alter the sentencing guidelines for those who were convicted of drug possession. Rather than being processed through criminal courts, these “offenders” would instead be addressed in a diversion program designed to connect them with treatment and services that can help them to stop using all substances, stay sober, and rebuild a stable life in recovery.

If approved, the bill would only make this change for those charged with drug possession – no other drug charges (e.g., manufacturing, distribution, smuggling, etc.) would be included – and would take effect in October of this year. It would not result in the retroactive release of inmates who were imprisoned for drug possession, but it is estimated that the bill will reduce the number of prison beds in Florida by 1,000+ and save the state about $131 million over the next five years.

The Stigma of Addiction

Changing how the courts deal with addiction-related “crimes,” and redefining what behaviors are termed “crimes” to begin with, will change the lives of the individuals impacted by addiction who are arrested and their families in addition to saving the state money. It will also begin to change how the general public views people who have an addiction history. Due in part to the fact that addiction-related behaviors have been criminalized, the public tends to hear the word “addiction” and think “criminal.” This has translated into a response that can be damaging to a person’s ability to feel confident and strong in recovery and to make inroads in creating a new life for themselves.

For example, it is more difficult for someone with a criminal history to apply for food stamps or cash aid in the early months of recovery when they have nothing, are homeless, and/or are deeply in debt. It can also make it even more difficult for them to secure employment and to get an apartment lease or rent a room. Given that many have little to no solid job history or rental references, a criminal charge makes it that much more difficult for employers and landlords to take a chance on them. The cumulative result is often a damaged sense of self and an ingrained belief that they will not be able to stay sober or continue to make positive choices in their lives. Both of these can be a huge trigger for relapse.

Standing up for Positive Change

Whether or not you have a loved one living in addiction, you can help to turn the tide when it comes to creating positive legislative changes that support treatment and sobriety for people living with addiction. Call your legislators and make it clear that you want this bill to be passed. Let them know that decriminalization of drug possession and mandatory treatment are the only ways to help someone living with an addiction disorder. It will not only help the individual, but also assist the state when it comes to lowering the prison population and increasing the number of people who are working and thriving in society, paying taxes, and bettering the communities they live in.

Your voice matters – not just to legislators but to your loved ones as well. If someone you care about is struggling with addiction, helping them to connect with treatment as soon as possible is the best way you can help.