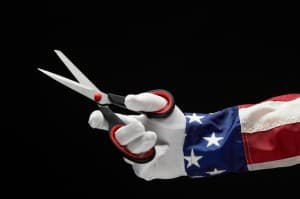 As politicians and lawmakers look for solutions to the explosive heroin problem, state funded addiction treatment centers say states are not providing them with enough funding to carry on.

Drastic and deep budget cuts continue to plague state run drug rehabilitation centers making the problem even worse. Continuous cuts are hurting the system so much that there is a possibility of losing the state run addiction treatment centers once and for all. Centers are constantly battling to get funding from the state and every year facilities are lobbying to keep the same budgets from the prior year without any increases.

Services are currently denied to tens of thousands of people across each state and the number is growing. Budget cuts are forcing drug and alcohol abusers into emergency rooms, courts and welfare systems which are already operating at critical mass.

Due to the stay cuts, many treatment centers will simply cease to exist. Many places have just reached the point of no return and no longer have fund to continue. State run treatment center costs continue to go up and budget availability continues to go down. State run providers on operating on 1990 budgets and have not seen any increases in almost two decades(1). The net result is tens of thousands of people are missing out on treatment due to budget stagnation or budget cuts for addiction treatment.

Priorities are mixed up because it costs roughly $24,000 a year to keep someone in a prison cell for a year. The average cost for drug treatment and addiction treatment is only $4,000 a year.

States and drug treatment centers need to find a way to work together and overcome budgetary constraints. Across the board, heroin and opioid use are skyrocketing while state budgets continue to be reduced. This is putting a tremendous strain on emergency response teams, emergency rooms, fire departments and local police as they try to cope with existing resources.

Get the Info & Help You NeedBrowse 100s of informative articles.