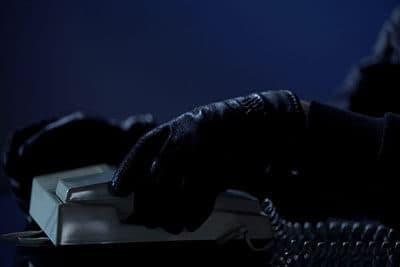 When the average person hears that a confidential informant (CI) in South Florida has earned about $1.5 million in payouts from the federal government over the course of 31 years, the response is often, “I’m in the wrong line of work.”

But making an average of about $48,000 a year may be a gross underpayment for the dangerous work required of CIs. Simply staying alive is a feat considering the need to always be in the thick of drug deals and around people who are high-ranking in their circles and making decisions about when and where buys should take place.

A confidential informant is only paid when the information delivered pans out, and dealers are arrested and taken off the streets as a result. Most recently, the South Florida CI took part in a sting on a heroin deal that took almost $200,000 worth of heroin off the streets and yielded two arrests. In order to help secure the bust, the CI provided both audio and video recordings of the arrestees and more than $200,000 worth of cash at the proposed drug deal. Should the defendants be convicted, they could face a life sentence in prison.

US Magistrate Judge William Matthewman was the judge on the case in West Palm Beach and, noting the CI’s long career working with the DEA, said: “It’s surprising that he’s still alive … that he’s been able to survive.”

Though most informant’s begin working with law enforcement in order to obtain a lesser sentence for crimes they have committed, this particular CI has no such history. According to a report made by DEA agents in the recent heroin deal case, agents refer to the CI as CS (or “confidential source”) noting that:

“CS has been working with the DEA since 1985. CS does not have a criminal history; CS provides information to the DEA for compensation. To date, CS has been compensated approximately $1.5 million for … his confidential information. The DEA has corroborated CS’s information with other evidence and information gathered through the course of its investigations and CS’s information has proven to be accurate and reliable.”

The South Florida informant is not alone when it comes to taking money from the DEA in exchange for providing information about the inner workings of drug deals and organized crime rings. An audit recently released by the Department of Justice’s Office of the Inspector General reported that about $237 million was paid out to an estimated 9,000 confidential informants across the country from October 2010 through September 2015.

According to Petruzzi, informants play a role in a number of Florida drug cases, taking standard payments or up to a 25 percent cut of the value of the drugs and cash that they assist law enforcement in seizing.

Though defense lawyers often try to call into question the motivation of a paid informant citing the love of money as a reason to perhaps fabricate information, in cases where there is audio and video confirmation of the claims of the informant, it seems that the argument is flimsy at best.

Most judges will stand with US Magistrate Judge William Matthewman, agreeing with his assertion that: “Heroin is a real scourge on the community and it causes a lot of deaths. … It’s a serious drug and a dangerous drug.”

In some cases, informants without criminal pasts are motivated in their choice to work with the law by the addiction issues faced by their family members. The opportunity to have a positive impact on the community, removing drugs from the street and helping to put away drug dealers may inspire them to take on the risks – often life-threatening risks – that come with the job.

What would you do to help get drugs out of the hands of people who are struggling with addiction?