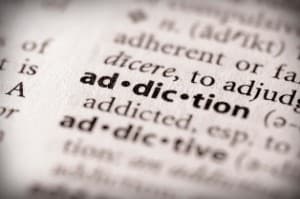 Drug users who don’t see a future might be the ones who benefit most from addiction treatment.

In a recent study from the Clinical Psychological Science, researchers have found a pattern that might help tailoring addiction treatments. The study tested 222 people who were addicted to stimulants, heroin and tobacco.
The study found significant data points with regards to delay discounting and rate dependance.

What is delay discounting?

Delay discounting is the decline in the present value of a reward with delay to its receipt. Across a variety of species, populations, and reward types, value declines hyperbolically with delay.

What is rate dependance?

Rate dependence generally refers to an inverse relationship between people’s rates of responding to something at the outset and then again after an intervention.

Most people choose instant gratification (such as getting high) over a long term benefit (such as good health). Delay discounting is very strong in drug addicts and drug abusers who lack self control. According to the findings, test subjects who were more concerned about the future showed little change in delayed gratification. But those who live “in the moment” showed large decreases in how much they discounted the future. In short, those who worry about the future least might be the ones who benefit most from drug addiction treatment.

Rate dependency shows a inverse relationship between people’s rates of responding to something at the outset and then again after an intervention said Warren Bickel, lead author of the study and professor at  Virginia Tech Carilion Research Institute. “This phenomenon is believed to be the reason stimulant medications work for kids with attention deficit hyperactivity disorder. Stimulants that would make most people bounce off the walls actually slow these kids down,” said Bickel.

Test results showed treatments showed the biggest drop in substance drug use among the subjects who had the highest rates of future discounting. The findings are critical to helping people in addiction treatment find and repair self control. In the future, this could possible help personalize drug treatments for better outcomes.