Rate of Babies Born Addicted to Drugs Rises in FL

In Lee County, Florida, the rates of women struggling with opiate addiction are reaching astronomical highs, and many of those women find themselves unexpectedly pregnant, giving birth to babies who are born dependent on the mother’s drug of choice. Called neonatal abstinence syndrome, it is a problem that has far-reaching repercussions, not just for the child but also for the mother. In the first days of life, babies born addicted to opiate drugs will undergo detox, experiencing withdrawal symptoms that are difficult at any stage of life but even more so as a newborn.

Kept in neonatal intensive care units (NICU) for 24-hour supervision and support, babies who are drug-dependent require up to a month of treatment before they are stable enough to go home, depending on their weight at birth and other general health factors. 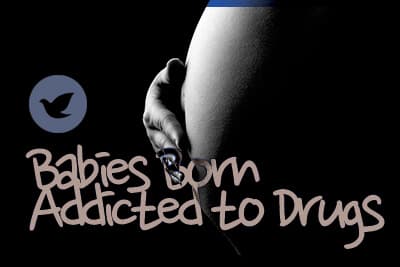 According to Golisano Children’s Hospital of Southwest Florida, an average of 15 of every 1,000 babies born in Lee County during 2016 detoxed immediately after being born. That number is more than two times the national average and more than 1,000 percent higher than it was 10 years ago.

Thanks to a brief public awareness campaign, rates dipped for about a year, only to climb back up again and surpass past years, according to Dr. William Liu, the medical director of Golisano Children’s Hospital neonatal intensive care unit. He said: “This reflects a significant, ongoing challenge. We saw locally, actually, a flattening of our NAS rates, but then it went back up.”

Used to a steady influx of opiates from mother, babies born addicted begin to go through detox within a few days of their birth. Symptoms of detox often include:

In the NICU, doctors will often prescribe an opiate drug in small doses in order to wean the baby off opiates over time, a process that can take a few weeks. However, many babies are not strong enough to go home for months.

For the mothers who are similarly struggling with addiction, it is not possible to “kick” addiction while pregnant without putting the baby’s life at risk. This means that many new mothers are forced to go through their own detox process and take the first steps toward recovery – already a difficult and emotional time – while watching their baby struggle. Parenthood is difficult under the best of circumstances, especially during the first year, but when it is coupled with trying to stabilize in addiction treatment and, in many cases, caring for a baby that is developmentally or cognitively struggling due to its drug history, it is significantly harder.

Most mothers are offered treatment as they launch into motherhood. The Florida Department of Children and Families (DCF) is often on standby to provide guidance, support, and resources. Too often, women do not view the support they receive as helpful; they see it as a punishment and an irritation – one more thing they have to keep up with and manage on no sleep while navigating the emotional ups and downs of recovery as well as parenthood. For women who get on methadone during their pregnancy, the process of emotional recovery and preparation can begin earlier. For mothers who used heroin during pregnancy and take the first steps toward treatment only after their baby is born, the process can be far more difficult in the first weeks and months.

A Family Is Born

In recovery, in most cases, the focus is on the individual. The person overcoming addiction is free to determine their own course in life and gravitate toward the things that make sense at their own pace. For a woman embarking on recovery with a newborn, the same cannot be said. While the mother’s health and wellness are a priority, there is an urgency to every choice, as a small defenseless life is dependent on her every move. It can be a significant motivating force, or it can be an overwhelming responsibility far too early in recovery.

No matter how the situation unfolds, it is essential that mothers in recovery have the support they need to make decisions that provide for their own stability as well as the safety of the child. There is no one set course of action that is effective for everyone, and new mothers in recovery should have the latitude to make choices that are right for both of them. For many, the best choice is to allow someone else to care for their child while they focus on getting treatment and then determining how next to proceed at that point. For others, supported parenting during recovery is the better choice.

If you are pregnant and struggling with addiction, know that there are options available to you. Learn more about how you can move forward in recovery and prioritize your child’s best interest today.