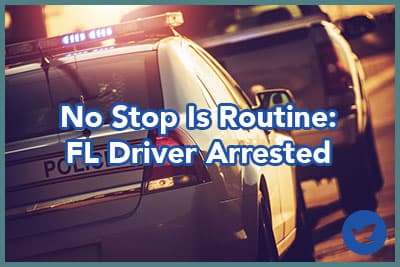 When state police pulled over a Florida woman in Indiana, she tried to give them a fake ID and move on. But after several moving violations and with the smell of marijuana reportedly hanging in the car, law enforcement took a second look and realized that the woman in the ID profile picture was not the woman driving. Though the ID was fake, a search of the vehicle revealed a very real loaded handgun as well as several plastic baggies that were believed to be full of marijuana, drug paraphernalia, and more. Officers also found her real ID that matched her appearance.

Traffic stops, no matter where they occur, are far from routine when drugs or alcohol are involved. Erratic driving can indicate a driver who is under the influence and/or volatile, and anything can happen. It is unsafe for officers and unsafe for drivers as well as for other people on the road. When the end result is incarceration, it can make life even more difficult for the person behind the wheel struggling with a substance use disorder as legal problems compound health issues.

What consequences of addiction are complicating your loved one’s life?

It is not easy to maintain an addiction and also keep up with a regular work schedule. Showing up late, missing days entirely, and being unable to perform as needed when at work are all normal for people who are taxed by addiction. Ultimately, this ends with job loss, which in turn makes it more difficult to manage the cost of drugs and alcohol and the cost of living at the same time. When addiction is an issue, it is usually the rent and bills that don’t get paid when income falls.

Assault, theft and fraud, and drug-related charges are all common among those who are struggling with addiction. For some, legal problems contribute to their job loss. For example, someone who drives for a living but loses their license to a DUI charge will no longer be able to maintain employment. For others, the lack of income caused by job loss can cause someone to commit fraud or other financial crimes with the goal of paying for drugs or alcohol and/or the rent and other bills no longer covered.

When someone in the family is dealing with job loss and legal problems as well as drug and alcohol abuse or addiction, it can create a great deal of strain on the entire family. Burdened with worry as well as financial and emotional stress, it is difficult to make ends meet and figure out how best to move forward to repair the situation, especially if the person living with addiction refuses to see that they have a problem and/or cannot commit to sustaining positive change.

Drugs and alcohol are toxic substances, and if there are underlying medical disorders like diabetes, hepatitis C, HIV, etc., then continued drinking and drug use will only place further burden on the body and the immune system. Additionally, use of drugs and alcohol alone can make it harder for the body to fend off acute illness like colds or infection, and it can also put people at increased risk of malnutrition or exposure to certain viruses (e.g., HIV) that can be chronic in nature.

When someone is dealing with legal problems, unemployment, health issues, and tension at home, the result is a constant state of high stress. Without healthy coping mechanisms in place, positive support, and professional treatment, it is impossible to extricate oneself from these issues alone when drug and alcohol addiction continues. The only way forward is to begin the slow process of treatment, starting with a full evaluation to identify all the issues at play and creating a treatment plan that can help the individual make progress immediately.

Real recovery and sustained sobriety start with intensive and comprehensive treatment but continue over many months and years long after the initial treatment programs ends. It takes time, hard work, and persistence, but ultimately, it is well worth the energy invested. It pays for itself in renewed health, stronger relationships, and the ability to create a life that is meaningful.

Are you ready to learn more about treatment options that can get the process rolling?