When a woman in Florida made an illegal left turn, she – and the law enforcement officers who pulled her over – did not expect that her next stop would be jail.

The first tipoff that something was amiss was the smell of marijuana. The woman told police that it was because she had just smoked the drug but then said there was nothing currently in the car – other than some substances that were in her pocket.

This was not a true statement. Police officers searched the vehicle and found crack cocaine cookies as well as some prescription pills that contained codeine. 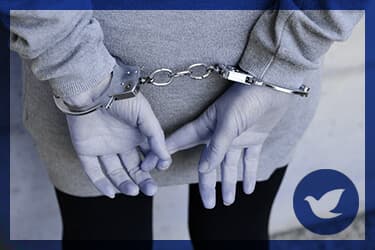 But the lies didn’t stop there. Police reported that when they brought the woman to jail, they found out that she had given them a fake name. Then, they found even more drugs on her person, including a bag of marijuana and a Lortab.

In addition to her reckless driving, the woman has been charged with bringing contraband into a secure facility as well as possession of a controlled substance.

The fact is that though this may seem like a surreal choice – How long did she really think she was going to get away with these lies before being found out? – lying and addiction go hand in hand. Lying is a natural response to situations for people who are trying to avoid the consequences of their choices. It is also apparently connected to self-esteem. That is, some researchers say that we lie when we feel our self-esteem is threatened in order to continue looking good to ourselves and others.

Unfortunately, even if lying makes the individual feel better in the short-term, positive self-esteem does not fare well in the long-term when those lies are discovered and the initial issue is only compounded with distrust and disrespect.

In recovery, there is a heavy focus on honesty – and for good reason. When we are honest, we are not hiding things and we can feel more confident in how we relate to other people, which in turn makes us feel more capable of making positive decisions, including avoiding relapse.

Here’s what you need to know as you make honesty an active part of your life and recovery:

Is honesty a key issue in your recovery? How do you handle it when you realize you have been dishonest or when you feel the urge to lie?