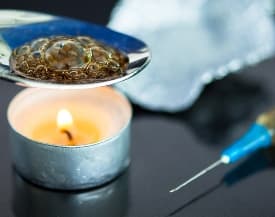 IV Drug use facts and IV drug abuse statistics are alarming considering the extreme health and social dangers associated with this type of drug abuse.  In general IV drug use statistics in the U.S. indicate that of all addicts, this group is the most at risk of disease, imprisonment, violence, overdose and death.  As the following infographic points out, there are other concerns that most people never think about, such as the risk of Flesh Eating Bacteria.

Please scroll to the bottom of the IV Drug Abuse Facts Infographic to Verify Sources and Citations.  Please note that some data provided is correlated to a certain time frame or specific group of study subjects or individuals.  Therefore, careful review of the citations listed is necessary in order to fully understand U.S. IV Drug Abuse Statistics.

AIDS, Sexual Behavior, and Intravenous Drug Use By Committee on AIDS Research and the Behavioral, Social, and Statistical Sciences, National Research Council