FL Couple Chases Ghosts with Machetes while under the Influence

Two people in Florida were reportedly under the influence of Molly, a version of the club drug ecstasy, and found to be chasing ghosts with a machete by Volusia County deputies, according to the Palm Beach Post. The couple self-reported use of Molly to law enforcement, and said they were chasing ghosts because their house was haunted. Officers found a machete in the front yard of their house. The sheath that went with the machete was in a room where two children, ages 6 and 8, were sleeping. The deputies said that both adults were displaying “erratic and paranoid behavior” and arrested both for child neglect.

Drug use and abuse that cause erratic and aggressive behavior based on paranoia can be dangerous not only to the person struggling with the issue but to those around them as well. Especially for young children, unexpected and unstable behavior from caregivers and parents can be very frightening. 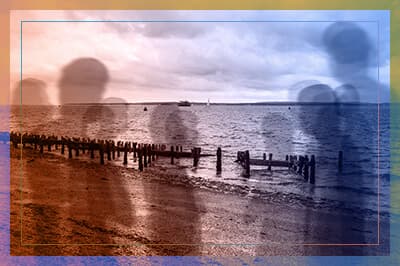 Though extreme behavior like running around after ghosts with a machete due to drug use is rare, neglect of children when a parent or caregiver is struggling with addiction is not. In recovery, it can be difficult to mend the parent/child relationship, but it is an essential part of helping the entire family to heal.

If you are a parent in recovery, one of your greatest challenges will be working to help your children understand your addiction. Here are a few tips to get you started.