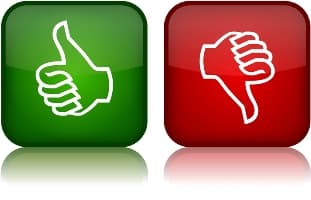 The line between constructive sharing and glorification of drug abuse or alcoholism isn’t a thin one or one that is difficult to define. In fact, often one doesn’t even need to listen to the specific words being said; the tone, cadence and inflections of constructive sharing are much different than those exhibited when glorifying substance abuse. However, during the early stages of recovery it can be challenging for some people to recognize the difference and consequently their recovery efforts may suffer from their unconscious support for past drug use. This article will help define and delineate between sharing and glorification.

*Constructive sharing discusses how drug abuse made you feel, while glorification primarily discusses the “high.”

In this example, a person who is glorifying substance abuse will talk about how high they got, the different levels of euphoria they achieved, the duration and intensity of euphoria, the spectacular hallucinations they experienced and other discussion related to the euphoric effects of getting high or drinking.

Constructive sharing on the other hand discusses the feelings leading up to substance abuse, and the feelings experienced during and after drug use. For instance, during constructive sharing a person might discuss how feelings of insecurity or inadequacy led them to use drugs, which in turn helped them gain temporary confidence, only to be dashed by insecurity again when the drug’s effects wore off.

The difference between the two is striking and obvious with more than cursory study.

*Constructive sharing discusses the people hurt by drug abuse and drug seeking behavior, while glorification discusses crimes and drug acquisition like it was an exciting adventure that will be missed.

In this example, someone who is glorifying substance abuse might excitedly and with a great deal of animation discuss crimes committed and other shenanigans meant to obtain drugs as if these occurrences were fun, often mixed with a component of regret about being caught or not quite making a huge score, etc. To this person, drug seeking behavior was an adventure that will be missed.

The point of sharing this type of material is to come to terms with it and seek forgiveness, not to glorify how an addict hurt themselves and others.

*Constructive sharing involves discussion of the future, while glorification primarily involves the past.

People in recovery who are sharing in a constructive manner talk about their future far more than they do their past. When they do so their discussion of the future is often filled with honest questions, hope, or even excited anticipation. These people have come to terms with their past and are actively working on a recovery plan to ensure that they do not return to their old ways.

People who glorify past substance abuse or drinking have likely not accepted their condition and are not fully ready to commit to a long term plan for recovery. They often discuss their past as if they regret that they are not living the same way today. For instance, they might wistfully refer to a time when they were happy using drugs while criticizing the fact that they cannot (for whatever reason; in treatment, legal concerns, family pressure, etc) return to substance abuse at the moment. This type of conversation almost makes it seem like the person is being punished by not being permitted to relive and potentially return to their “glory” days of drug abuse and addiction.

While it is important for people in recovery to deal with issues of the past, glorifying past negative behaviors is not a promising sign of recovery commitment.

*Constructive sharing discusses the dangers, fear, risks and stupidity related to past drug abuse and drinking, while glorification relives these stories in a wistful, often comical manner.

Despite the fact that most of the experiences people have related to addiction and substance abuse is negative, some addicts in recovery are able to glorify them nonetheless. Acts of sheer stupidity are recounted as if they were acts of comic genius, dangerous acts are recalled as if they were daring and brave, and violent or aggressive acts are told as if from a righteous standpoint.

Constructive sharing, on the other hand, recounts these types of stories with humility and seeks to gain understanding from the other people with whom the story is shared. While there may be an occasional laugh during the recounting of these types of stories, the laughing is more incredulous than anything and is done in a completely different tone than that of the same story being “glorified.” Constructive sharing recognizes stupidity, selfishness, violence and other negative behaviors and acts and such stories are offered as an indication of honesty to self and recovery and as part of a process to make amends to those who were hurt by such behaviors.

Recognizing the differences between constructive sharing and glorification of substance abuse in recovery is important because of the significant group component of most recovery programs and support networks: sharing of past experiences. If you’re an addict in recovery and you’re glorifying your past, chances are that you may not be as comfortable or strong in your recovery than you might think. After all, there is no glory in substance abuse, and no honor in addiction.
Related articles