Parents Are Losing their Kids over Marijuana 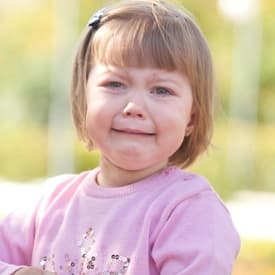 Parents are losing their children over confusing marijuana laws, including those who are obeying their state’s laws regarding possession and use of cannabis. For some people it might seem inconceivable that a child could be stripped from their family for something as minor as smoking a joint in the privacy of their own home, but clearly state and county level child protective services don’t agree. In fact, in some cases children are taken away from their parents for good for violations of laws that don’t even result in jail time.

Consider the case of Savannah Lackey, who had a legitimate prescription for marijuana and was cultivating a small amount of cannabis on her land in northern California. Lackey took careful steps to ensure she was doing things according to regulations, including attending a community meeting held by the local sheriff to help growers and others understand how to properly follow the letter of law regarding medical marijuana growing. (1)

But several days later that same sheriff’s office raided Lackey’s home, seized their legally grown marijuana and forcibly took their children at gunpoint. At the time this article was written, the children – an infant and a toddler – remain in state custody. Lackey is only permitted limited supervised visits and is not allowed to breastfeed her infant because it makes the new foster mother uncomfortable. Meanwhile, Lackey fears that the County is preparing to adopt her children to new families, at which point she will be unlikely to see them again. (1)

In Idaho a mother of three children suffers from Multiple Sclerosis (MS) and uses marijuana to treat her symptoms. According to her, it’s the only thing that works. When her 10 year old boy was accused of bringing pot to school, the charges were quickly found to be baseless, but that didn’t stop child protective services from raiding their home and seizing all three of the children.

Eventually the Rinehart family was found innocent on all accounts and the children were returned after a frightening three weeks in state care. But now the state wants to list the mother and the father on a registry that classifies them as a moderate to high threat to their own children. The Rineharts are fighting the classification, but if they are unsuccessful their records will be permanently marred and could cause significant challenges later on. (2)

A disturbing case of a toddler death in Arizona has been prominent in the news recently after her removal from her parents for smoking marijuana. After state protective services learned that the parents smoked pot, their 2 year old daughter was removed from their custody. She was placed first in one foster home that abused her, and then subsequently was placed in a different home where the foster mother in that case murdered the child. (3)

Other sources indicate there’s a little more to the story than just pot smoking, (including a medical condition that made it difficult for the mother to care for the girl) but reports do appear to coincide with the idea that this was the primary reason for the removal of the little girl. (4)

Don’t even Mention Hemp in Public

Diane Fornbacher is an award-winning activist and journalist who has championed the fight for medical marijuana and other legislation related to cannabis. When her 9 year old son was asked during an Earth Day event at his school what could be done to help the planet, the boy responded that hemp could be used to help alleviate many problems. Shortly afterward child protective workers showed up at Fornbacher’s door looking for answers. (5) No charges were filed and her son was not removed from her care, but the case could have been different if Fornbacher did not have the public recognition and clout that she has earned from investigating and reporting on these and similar hot-button topics.

Whether you are for or against marijuana legalization, removing children from their parents and breaking apart families doesn’t seem to be the right answer. This is especially true considering the widely recognized and devastating impact that alcohol abuse has on this country and the hypocrisy this creates: it’s okay to have a beer or glass of wine, but smoke pot and your kids could be taken from you and adopted out to other people that you might never know. What do you think? Is this fair? Let’s hear it in the comments below, or on our Facebook page.

childrenherbalmarijuana
Prefer getting help via text?
We're available 24/7 via text message. Signup below for access to our team when its convenient for you!
and many more...
Find Help & ResourcesBrowse 100s of informative articles and get help.