3 Things That May Help to Beat Opiate Addiction 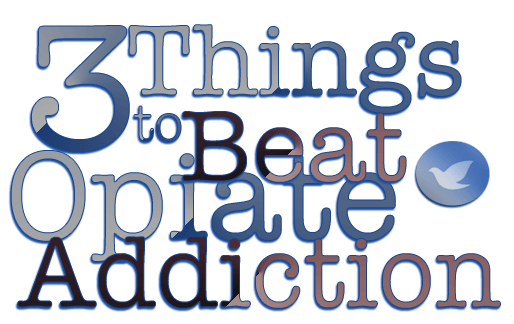 Opiate addiction is an ongoing problem in the United States. Areas of the country that previously had few, if any, incidents of opiate abuse, much less deaths due to opiate overdose, are experiencing a wave of opiate-related medical emergencies and problems. Addiction to painkillers and heroin has crossed all economic, race, cultural, and gender boundaries; it is clearly a problem that is impacting all Americans.

An example of the dire need for more resources to address the problem is happening right now in Vermont. More than 500 people are on waiting lists for opiate addiction treatment across the state, and many will wait for up to a year before they can begin treatment. This means continued addictive use of opiate drugs, and every day spent in addiction is a day that puts the person at risk of death due to accident under the influence or overdose.

The problem in Vermont is happening everywhere across the United States. As a result, governmental agencies, private industry, communities, schools, and the medical community are all pooling their efforts to create positive change. Three of the latest changes should prove to have a strong impact.

Half a bottle of opiate painkillers – Vicodin or Percocet – is commonly found in medicine cabinets in most American homes. Left over from a dental procedure, injury, or giving birth, many people hold onto them “just in case.” They are expensive, and many Americans view them as being no more harmful than a really strong aspirin.

Unfortunately, too often, the road to opiate addiction begins with these pills. Used when feeling stressed out or experiencing pain, people come to rely on them and begin to build a psychological dependence just as the prescription runs out.

For this reason, “drug take-back days” provide a safe, no-questions-asked drop-off spot for unused or unwanted painkillers. The problem is that these days are few and far between, sporadic, and not always as well advertised as they should be; thus, though they are helpful, they don’t go far enough.

Walgreens is attempting to respond to the clear need by installing 500 prescription drug drop-off kiosks across 39 states. Here people can get rid of expired and unused prescriptions safely. Additionally, the pharmacy chain has plans to make naloxone, the opiate overdose antidote, available – no prescription needed – in Washington DC and 35 states.

Needle exchange programs serve those addicted to injection drugs by providing access to clean needles, clean cookers and cottons, and sterile water to those who bring in dirty needles. These organizations serve the dual purpose of removing dirty needles from bathrooms, parks, public trashcans, and the street while also helping to limit infections and the passing of diseases through shared needles.

There has long been a ban in place on federal funding for needle exchange programs, despite the positive effects – until recently. A new measure was passed by Congress that would lift the ban on federal funding for these programs. Though this money would not be available to purchase needles, it can be used to pay staff members, purchase and maintain work vehicles, and invest in counseling and outreach services, according to WBUR. Another limitation is that the funding will only be accessible for programs in areas where rates of HIV and hepatitis C, two illnesses commonly passed among injection drug users, are likely to rise.

Despite the restrictions, the new measure is a step in the right direction. It helps to provide support services for people who may be moving closer to getting help through treatment.

Both Democrats and Republicans are working together to pass legislation that has the goal of providing support for opiate addiction education, prevention, and treatment, says USA Today.

The Comprehensive Addiction and Recovery Act of 2015 (CARA) was proposed by Republicans, and this legislation would increase prevention and education efforts as well as access to treatment programs that provide researched-based therapies for those living with addiction. Additionally, CARA would implement monitoring programs designed to stop the over-prescription of painkillers and expand the current prescription drug take-back program.

In support, Democrats called for a $600 million emergency spending bill to fund the programs outlined in CARA. The goal is to attach it to CARA as an amendment to expedite the process of getting treatment to those in need.

Hope for a Brighter Future Ahead

Though these changes aren’t cure-alls by themselves, they promise to add to the current measures in place to further limit new cases of opiate addiction and help those who are struggling with addiction and ready to get treatment connect with the help they need. There are plenty more suggestions in the works, including a considerable push to put black box warnings on bottles of opiate painkillers and benzodiazepines, create more abuse-resistant versions of extended-release pills, and increase legislation that protects those who would call in an opiate overdose and save someone’s life.

The good news is that the opiate addiction problem is visible and in focus for people who can make changes that will benefit the lives of families struggling with addiction now and in the future.